5. Other description of harm caused by not doing Worship | Way of Living 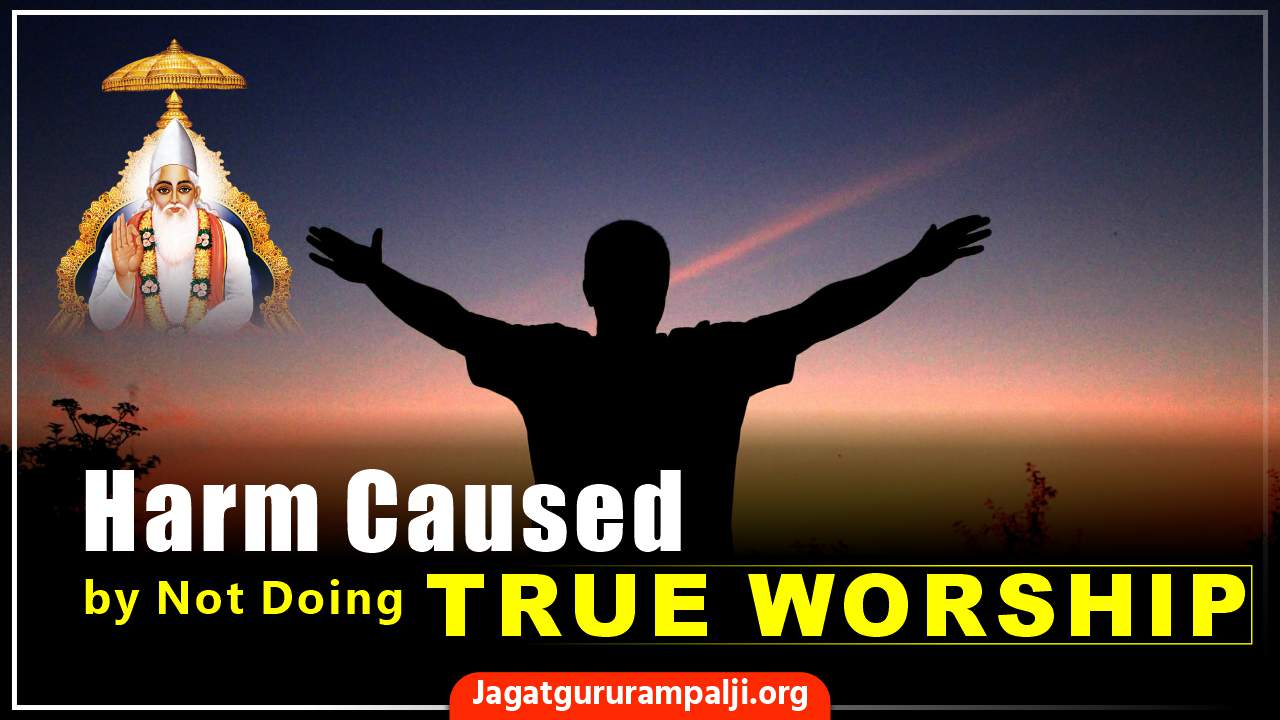 Meaning: - The day when these (dam) breaths will finish, on that very day one will leave this body-like Pind. Then there will an account of virtues and sins in the court of God. Messengers of Yam will take those who do not do bhakti or who do bhakti contrary to scriptures by holding their arm. He will be beaten even if he is a king of some country. Supreme God Kabir had met Sant Garibdas. He had taken his soul above. After showing all the Brahmands (Universes) and imparting the entire spiritual knowledge to Sant Garibdas, Supreme God Kabir left him back in his body. Sant Garibdas ji is narrating the eye-witnessed account that: - O human being! You have got a man’s body, which is similar to the form of Narayan, that is, God’s body; it is His image. Other living beings have not got this beautiful body. After acquiring this, one should do God’s bhakti throughout one’s life. After acquiring such a body similar to that of God, because of not doing true bhakti, you are again going into the cycle of 84 lakh births. Shame on your human life! I am worried about that day; I am frightened that if my bhakti would be less, I may not be able to preserve my honour in God’s court. I am frightened even while I am doing bhakti that it might not be sufficient. You do not even do bhakti. If you are doing, it is against the scriptures. You will suffer badly. I would advise that choose such a Satguru who will eliminate the chronic disease of birth and death. What happens after death to those who do not do true bhakti? The people of the family living nearby get together, and then all of them take a unanimous decision – ‘Carry him’. (They carry him to the cremation ground and burn the pyre. They break the chest of the dead by hitting with a stick or a rake, and burn the entire body. They take out whatever is in his pocket. Then those who make others perform religious practices opposite to the scriptures, and those who do it, recite the Guru Garud Puran for the wellbeing of that living being who has died.)

It is mentioned in Tatvgyan (Sukshm Ved) that the living being died after completing his human life. His account will be checked in God’s court. According to his deeds, he would be standing in a queue somewhere to become a donkey or a dog. What use will that recitation of Garud Puran be to him after his death? It is a useless ritual against the scriptures. While he was alive, he should have been made familiar with the law of God, so that he would have become aware of good and bad deeds and made his human life successful.

The priests who carry out Shraadh say that by performing Shraadh, that soul gets satiated for a year. Then Shraadh has to be performed again after a year.

Please ponder: - A person who is alive consumes food three times a day. Now how can he/she be satiated by having food once in a year? If food is kept daily on the roof, then that crow will have food daily.

We eat delicious food, that is, 56 types of food in human life. Because of not doing bhakti or by performing religious practices against the scriptures, one will become a donkey. Then where will he find these 56 types of foods? He would go to a place where household waste is kept and eat grass to fill his tummy. In a similar way, he will bear hardships one after another in the lives of other animals like ox etc.

Sant Garibdas has further said in the Sukshm Ved obtained from Supreme God Kabir that if you had taken initiation by going in the refuge of Satguru (Tatvdarshi Saint), then the hardships of all the aforesaid deeds would have been removed, that is, you would neither become a ghost, nor a donkey, nor an ox. You would have resided in Amar Lok (Eternal Place), that is, you would have gone to the Eternal Supreme Abode mentioned in Gita Chapter 18 Verse 62 and Chapter 15 Verse 4 and attained supreme peace. You would have never returned to this world, that is, the grievous cycle of birth and death would have ended forever. There is no sunlight or shade in that Eternal Place (Amar Lok / Satyalok), that is, when sunlight became miserable, a need for shade arose. There is only happiness in that Satyalok; there is no misery.

Sant Garibdas has said that Supreme God Kabir has met me. He told me the method of remembering naam (mantra) by concentrating on surat-nirat, mind and breath. The sadhna by which concentrating on the sound of Shabd in Satlok, I went to Satlok. Due to which, I blissfully live in my palace in Satyalok (Eternal Place). Supreme God Kabir had told the true way of worship to Sant Garib Das and Sant Garib Das had gone with Supreme God and seen that place (Satyalok). That is why, he is saying with conviction that the scripture-based religious practice that I am following was given by God. I will definitely attain complete salvation by the (jaap) recitation of that Shabd/Naam (Mantra). There is no doubt about it. As a result of which, I (Garib Das) will go to my palace (big house) built in Satyalok. Due to which, I am relieved and (galtaan) engrossed in the joy of attaining the palace because Complete Guru God Kabir has Himself come from his place and met me.

Meaning – Garibdas ji has told that Satguru, that is, Supreme God Kabir Himself came from His personal place Satyalok and met me, and took me to the remarkable city, that is, the city in Satyalok. On seeing that place with my own eyes, I am walking on the path of bhakti told by God. I am doing sadhna of Satyanaam and Saarnaam. Therefore, I (sootey chaadar taan) am tension free, that is, there is no doubt in my salvation.

Chaadar taan kar sona = to be tension free. A person who has no work left to do and is sleeping covering himself with a bed sheet, then people of the village say that you are sleeping with a bed sheet over you; do you not have any work to do? In the same way, Garibdas ji has said that building huge palaces seems to be futile now. Now I will go to that Satyalok. Huge palaces are already built there. We committed a mistake and leaving them, came to this Kaal’s mortal world. Now we have an opportunity. We have got the true (bhakti) way of worship and Tatvgyan (true spiritual knowledge). 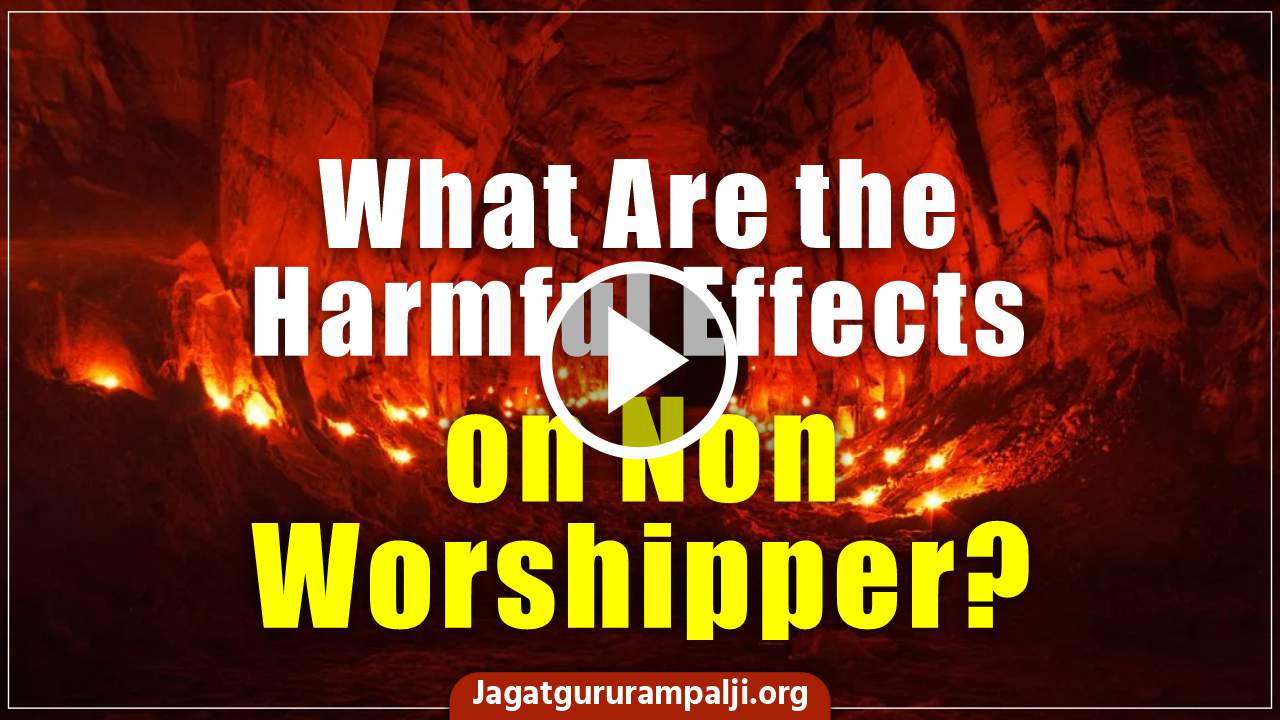 Gentlemen! That true way of worship is currently available with me (Rampal Das). By which, crossing this world of sorrows, one attains supreme peace and eternal place (Eternal Supreme Abode). About which, it is mentioned in Gita Chapter 18 Verse 62 and Gita Chapter 15 Verse 4 that after gaining the Tatvgyan from a Tatvdarshi Saint and destroying the ignorance with that Tatvgyan, one should search for that supreme state of Supreme God, having gone where, a worshipper never returns to the world.