43. Difference Between Speech and Action is Dangerous | Way of Living 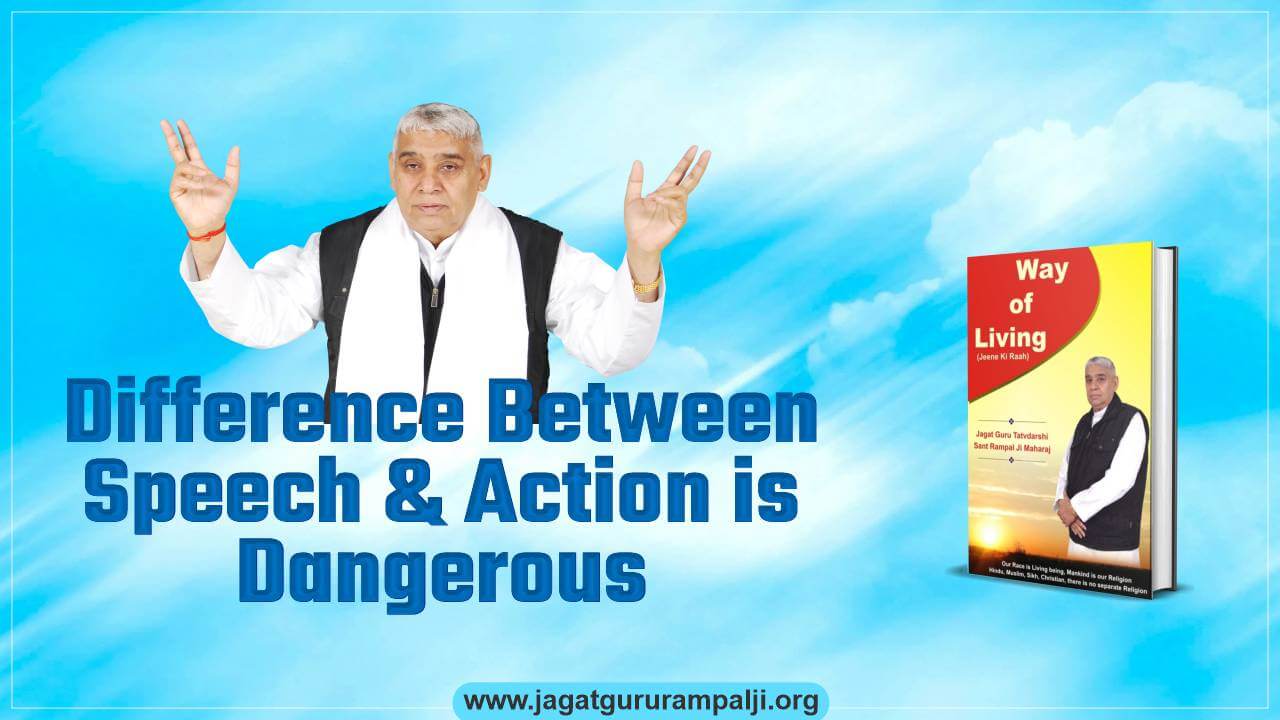 A person was a renowned narrator, and he also used to recite Ramayan every day. One day the narrator had to go to the city due to some work. He also had his companion with him. The railway station was three kilometres away from the village. They had to board the train at five o’clock in the morning. Therefore, after taking a shower they reached at the railway station. He thought that I will recite the book in the train. They boarded the train. The compartment in which they both entered was full. There was no vacant seat. Some people were standing. The train started moving. After some time, that narrator said to two persons sitting on the seat, “Brother! Please give me the seat. I have to read Ramayan. Due to the haste in catching the train, I could not read it at home today.” The gentlemen emptied the entire seat. They all stood up and said, “O Brahmin! It is our great fortune that today we will also get to hear the nectar-knowledge of Holy Book Ramayan.” Pandit ji started reciting the book loudly. The topic was – “Bharat did not accept the kingdom which belonged to his elder brother. Until Shri Ramchandra ji returned after completing his exile, Bharat kept the shoes of his brother Ramchandra on the throne and himself sat on the ground, and managed all the affairs of the kingdom as a servant. When brother Ramchandra returned to Ayodhya, Bharat returned Ramchandra’s kingdom to him. A brother should be like this.” On completion of the recitation, everybody said, “Wow, Pandit ji; Wow! It was great.” A person was sitting in that very compartment who had to hold a one-day ‘Paath’ on the death anniversary of his father. He was unable to find a recitor. The death anniversary was on the next day. He said to the Pandit ji, “O Guru ji! Please do a ‘Paath’ (recite a holy book) on the occasion of my father’s death anniversary tomorrow.” Pandit ji said, “I cannot do it tomorrow.” All the travellers present there said, “Pandit ji! This is your work. This poor man is in trouble.” But the recitor was plainly refusing. Everyone asked, “What important work do you have that you are refusing to do ‘Paath’ tomorrow?” Pandit ji kept avoiding the topic by saying, “Just like that; just like that.” His companion said, “Shall I tell the truth why he cannot do the ‘Paath’ tomorrow? He has filed a case againt his brother for a fifty feet long ditch of household waste. I am his witness. There is a court hearing tomorrow.” The people present there said, “Pandit ji! You narrated such a touching story, and yourself do not implement it. What effect will a story narrated by such a person have on the listeners?”

Kabir Ji has stated that: -