36. What Will Happen By Doing Bhakti Now | Way of Living 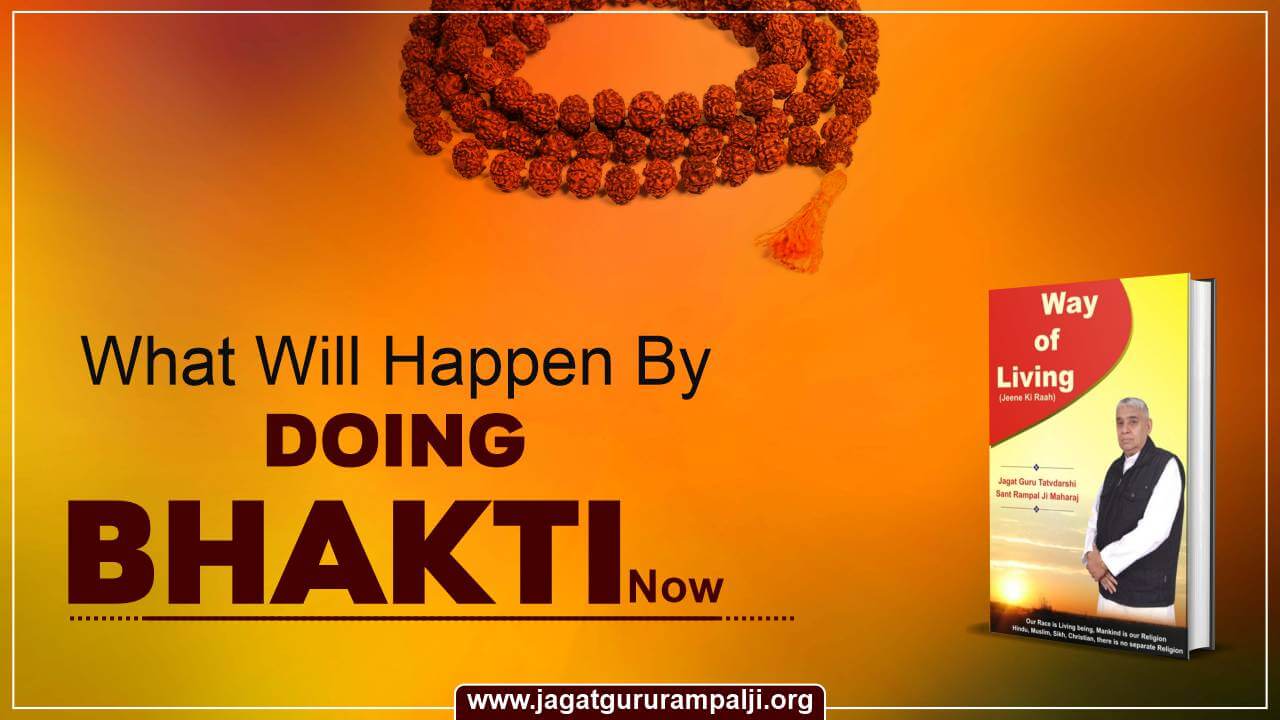 What Will Happen By Doing Bhakti Now? Only a Little Bit of Life is Remaining.

In district Jind, Village ‘Manorpur’, a three-day satsang and ‘Paath’ were going on in devotee Ramkumar’s house. Men in the village consider Satsang to be a hypocrisy because in the olden days elderly women used to organise Satsang. They used to hold satsang at night, and in the daytime curse their daughter-in-laws with the abuses of brothers and nephews. Some even used to steal cow dung cakes from other’s cow dung mounds. When caught, they used to earn disrepute. Because of such incidents only, people had developed allergy to the name of Satsang. The entire family of devotee Ramkumar had taken initiation. They knew that this Satsang is different. When Ramkumar’s father came to know that his elder son is holding a Satsang in their house, he considered it to be a big insult and thought that – “What will the village say?” Therefore, that old man did not come to his elder son’s house for three days. He stayed in the attic room of his younger son’s house. During the day, he used to go to the fields and at night used to smoke hukka in the attic room and grieve that what sort of days he is seeing.

At night, this Das (author) delivered a Satsang. Loud speaker was on. Ramkumar’s son knew that grandfather is in the attic room above. He directed one of the speakers towards the the grandfather’s room. It became a compulsion for the old man to listen to the Satsang. After listening to the satsang for two days, on the third day, the old man came to Ramkumar’s house at the time of ‘Bhog of Paath’ (completion of Paath). Ramkumar’s wife told that she had thought that – “The old man has come to cause a trouble. He will say something wrong to Maharaj Ji.” After the completion of the Paath, Ramkumar’s father sat down in front of me, and said, “Maharaj Ji! I was very annoyed with this satsang, but I listened to your sermon for two days; it shook me from inside. I have completely ruined my human life. I bought extra eight acre land; brought both the sons up, and toiled in the fields day and night. I have to know from your sermon that I have destroyed my life. Now I am 75 years old. What will bhakti do now?” On saying this, the old man started weeping. He developed hiccups. Consoling him, I said, “Have faith. Still nothing has been lost.” This Das (Rampal Das) had heard an example from Guru ji. I told him, “For instance, if a bucket has been accidently released into a well and its rope (a rope which is tied to the bucket and by which water is drawn from the well with the bucket. In olden days, wells used to be 100-150 feet deep) is also following it, if one runs and even manages to grab the terminal part of the rope, then nothing is lost. One will be able to get the bucket out and draw water as well. If one thinks that the bucket has gone, let it go; then it is foolishness. Similarly, the terminal part of your age-like rope is left. Take initiation now, quit all the intoxicants, and do bhakti while abiding by all the rules; you will attain salvation.” At that very moment, that devout soul took initiation and did bhakti with full dedication. He died at the age of 85 years of age, and made his life successful. He used to smoke hukka. He quit hukka the same day, and did not even touch it for the rest of his life. The family of Ramkumar’s younger brother also took initiation. The elderly devotee used to himself bring them to Satsang. He used to ask them to do bhakti. The people of Village Manorpur were astonished that how such a chronic Hukka smoker quit Hukka. He does not even sit near people who smoke hukka.

There is a saying in Haryanvi that: -

A glare of the sun and one or two points of knowledge serve the purpose. The meaning is that in the month from mid August to mid September, the intensity of the heat of the sun (Ghaam) is high. Those who work in the fields suffer from sunstroke (‘Ghaam Maarna’ – a problem caused in the body due to heat, as a result of which one suffers from fever.) That person used to say to the doctor that – “I did not even realise that I have suffered from sunstroke (Ghaam Maar Gaya).” The doctor used to say that a glare of the sun is enough to cause it, that is, it affects suddently. Similarly, those who have to be influenced by the knowledge, they gain knowledge with one or two points only, and start doing bhakti.