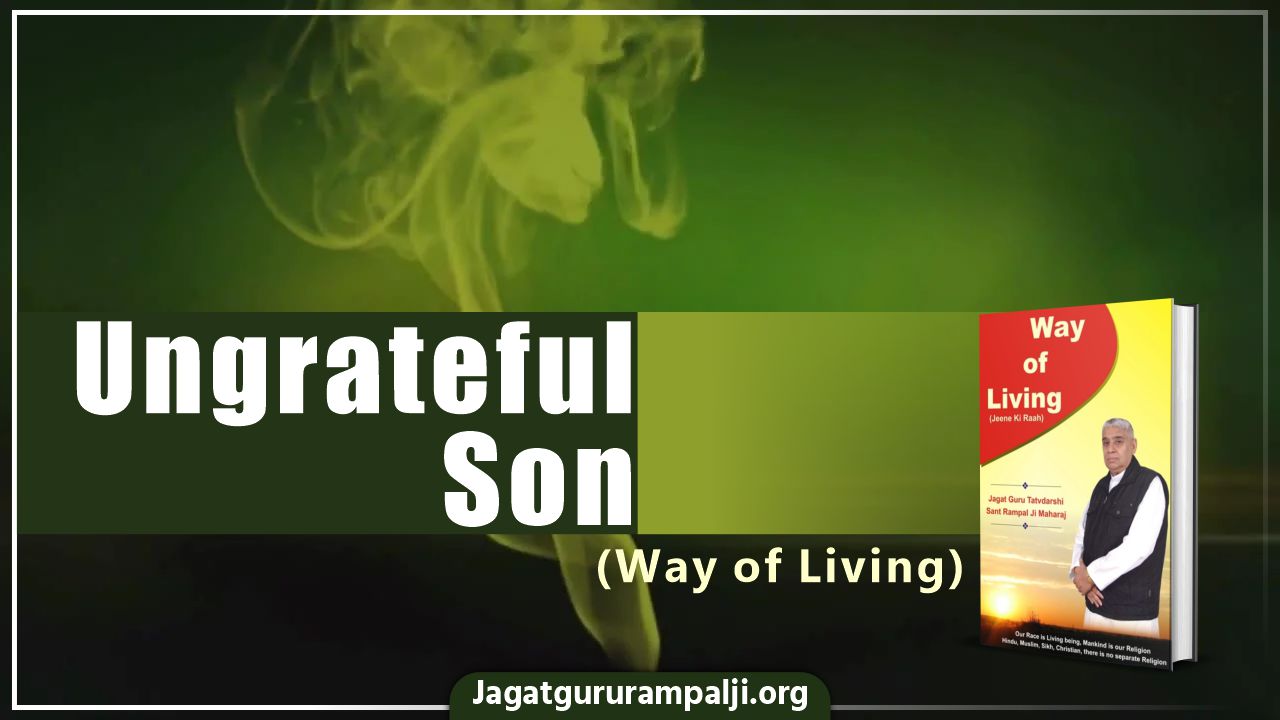 A person had two sons. He was retired from army and used to get pension. The sons started living separately. The younger son kept the mother with him at his home because his own children were small. The grandmother was needed to look after them. The father went with the older son. The father said that – ‘I will give my pension money to that son at whose place I will have food.’ The younger son used to say that – ‘Distribute half-half pension to both of us.’ The father refused. So, one day the younger son hit his father on his head with a stick. The father immediately died. The son was sentenced to life in prison. Because of having a son, having that person’s sight was considered auspicious, but misfortune happened to him. Now let us weigh this on the spiritual scale (balance) that whether obtaining sight of a childless person is auspicious or inauspicious. Like, in this very book, it has been clarified above that a family is formed by sanskar (impressions of deeds performed in previous lives). Some have come to pay their debt and taking birth in a family as a son, daughter, wife, mother, father, brother, sister etc appear to be living in great luxury, but many die when they are in their youth. Some die just after getting married. As soon as all of these have paid their debt, they die immediately. Those who have not had any child do not have any transaction left. If on taking initiation from a Complete Guru they do bhakti, then there is no one as fortunate as them. Neither they have anyone’s birth to rejoice, nor grieve on anyone’s death. It is very auspicious to have the sight of those childless people. Whether they have children or not, if they do not do bhakti, then both of them destroy their lives. If they do bhakti, then obtaining a sight of both of them is auspicious.