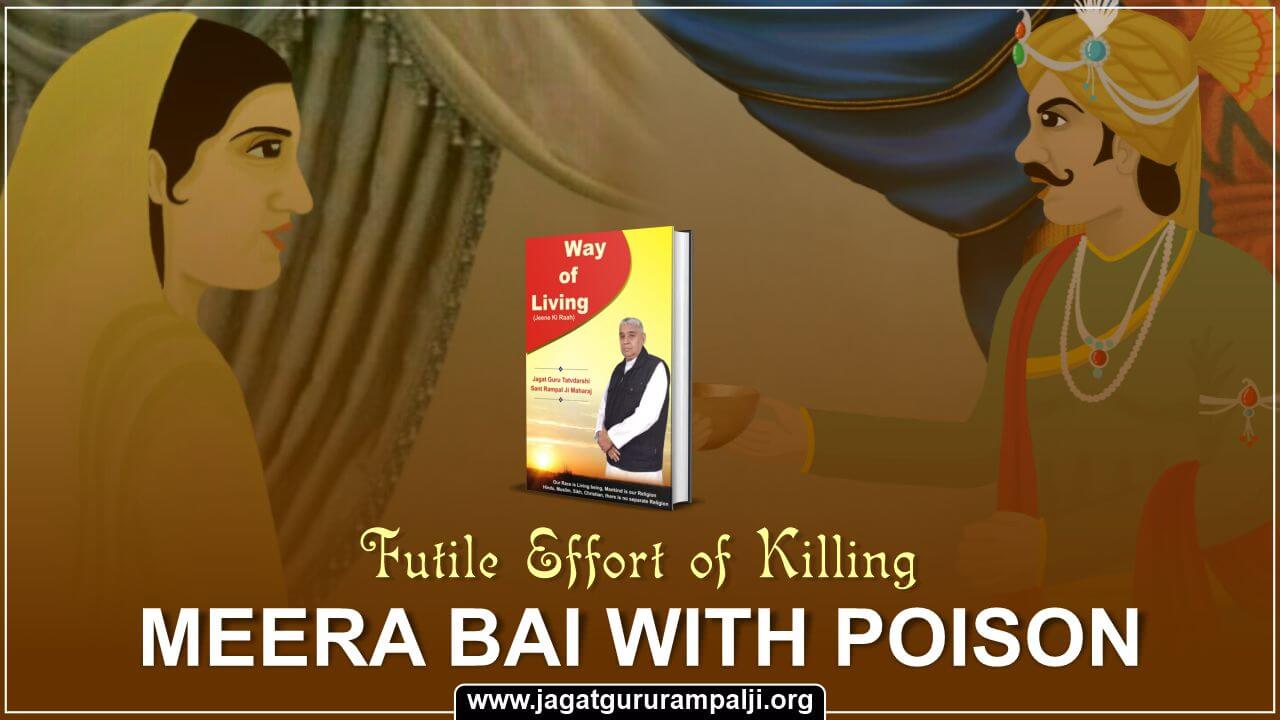 The king said to a snake charmer, “Bring such venom that as soon as one puts it on one’s tongue, one dies.” Such venom was brought. The king said to Meera, “Drink this venom otherwise you will be beheaded.” Meera thought, “It will be very painful if I am beheaded; let me drink the venom.” Meera remembered God and drank the bowl of venom, but nothing happened to her. The king called the snake charmer and said to him, “You have brought fake venom.” The snake charmer said, “Where is that bowl?” He was given the bowl. The snake charmer put some milk in that bowl and fed it there itself to a dog. The dog could not even lick it the second time. He died.

The king realised that she is not going to die in any way. Then he did not stop her from going to the temple. He started sending many maids and men security guards with her so that people do not say that she goes vagabonding.