8. How to Perform Marriage | Way of Living 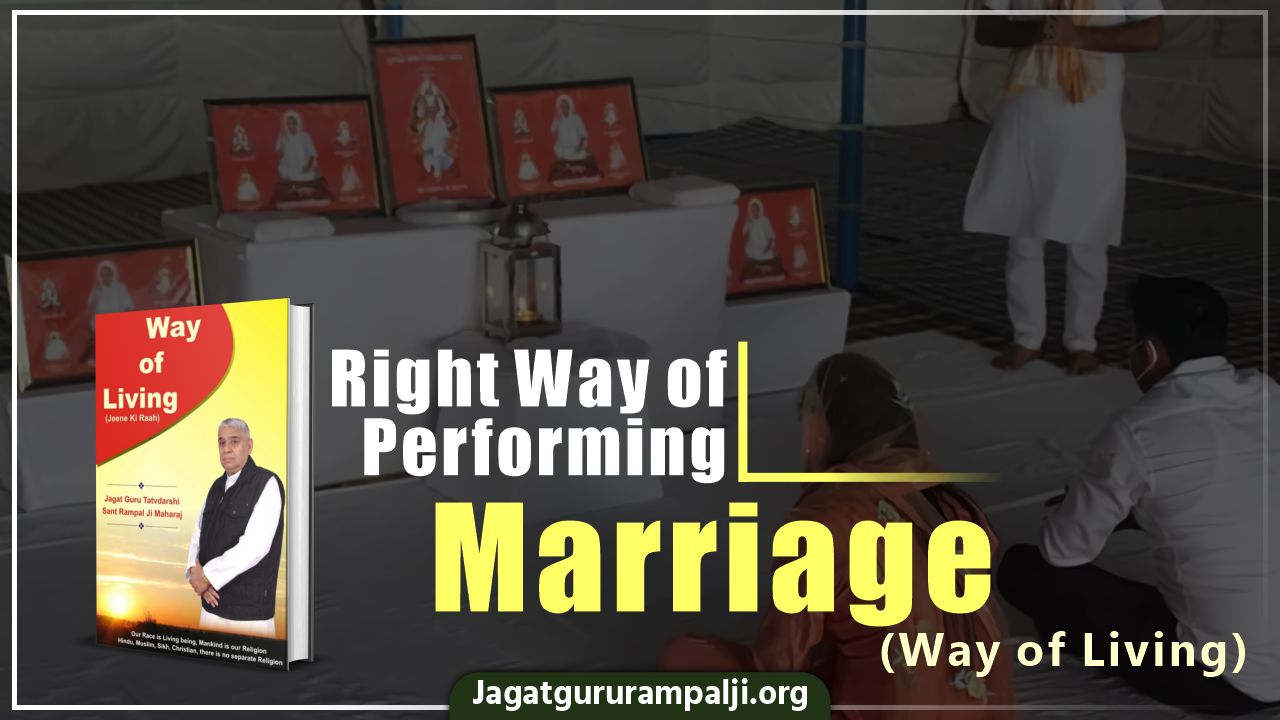 Just as Shri Goddess Durga married her three sons (Shri Brahma, Shri Vishnu and Shri Shiv) off. We will read it further in the book "Jeene Ki Rah" and on this website. My (author’s) followers also do the same. There is an “Asur Nikandan Ramaeni” of 17 minutes’ duration. It is recited instead of performing the “feras”. It is superior to and more beneficial than one crore Gayatri Mantras (Om bhurbhavH… ). It has invocation and prayers of praise of all the gods-goddesses of the world and the Complete God in it. Due to which, all the powers always protect and help that wedding couple. A girl child is saved forever by this. The path of life will become easier.

Renunciation of the currently prevalent customs in marriage: -

We will have to give up the futile extravagance in marriages. Like, inviting a huge wedding procession (Barat) in a girl’s marriage, to give dowry – is a useless tradition. As a result of which, people have started considering a daughter to be a burden on the family, and have started killing her in the womb itself. This becomes a cause of heinous sin for the parents. A daughter is a figure of goddess. Our malpractices have made a daughter our enemy. There is an evidence in Shri Devipuran, Third Skand that in the beginning of this Brahmand, when Mother Shri Durga married the three gods (Shri Brahma, Shri Vishnu and Shri Shiv) off, at that time neither was there any (barati) wedding guest from the bridegroom’s side, nor any (bhaati) guest from the bride’s side. Neither was any provision of food, nor was any D.J. played, nor was any dance performed. Shri Durga said to her eldest son, Shri Brahma, that – O Brahma! I give you this girl named Savitri as your wife. Take her and start your family with her. Similarly, giving Lakshmi to her middle son Shri Vishnu, and Parvati to her youngest son Shri Shiv, Sri Durga said that – “These are your wives. Take them and start your family. The three of them took their respective wives to their respective loks (places). The rest of the world extended from them.

Doubt resolution: - Some people say that Parvati ji had died. That goddess was reborn in King Daksh’s home. On becoming young, Goddess Sati (Parvati) after speaking to Narad made a firm resolution to marry Shri Shiv, and expressed her desire to her father Daksh via her mother. King Daksh said, “That Shiv is not worthy of becoming my son-in-law because he remains naked. He only wears a deerskin on his private parts. He covers his body with ash and remains intoxicated under the effect of cannabis. He keeps snakes with him. Marrying my daughter off to such a person, I will not become a subject of ridicule in the society. But Goddess Parvati was very stubborn. She conveyed her wish to Shri Shiv and said that I want to marry you. King Daksh had fixed Parvati’s marriage with someone else. On the same day, Shri Shiv reached at the marriage pavilion along with thousands of ghosts and spirits, Bhairavs and his attendants. King Daksh’s soldiers opposed them. A battle took place between the armies of Shiv and Daksh. Parvati put the wedding garland around Shiv’s neck. Shri Shiv forcefully took Parvati and brought her to his home at Kailash Mountain. Some people say that – “See, Shri Shiv ji had also taken a grand wedding procession to marry Parvati. Therefore, the custom of wedding procession is ancient. Therefore, there is no charm in a wedding without a procession.” Its answer is that this was not a marriage; it was a love affair. Shri Shiv ji had not brought a wedding procession; he had brought an army to forcefully take Parvati with him. The ancient tradition of marriage is in Shri Devi Mahapuran’s Third Skand that has been mentioned above. Sons and daughters should marry according to their parents’ wishes. A love marriage becomes a cause of great distress. Like, God Shiv and Parvati had a tiff on some matter. Shiv ji stopped treating Parvati as his wife and even stopped talking to her. Parvati thought that – “Now this house has become hell for me. Therefore, let me go to my mother for a few days.” Parvati came to her father Daksh’s house. That day King Daksh had organised a Hawan Yagya (Sacrificial Ceremony). King Daksh did not welcome her daughter and said that – “What have you come for here today? Now you know how much he loves you? Go from here.” Parvati had told her mother about Shiv being angry with her. Her mother had told her husband Daksh. Now, neither Parvati had any place in her parent’s house, nor at her in-laws. The love marriage had created such grave circumstances that Daksh-Daughter did not see any other option than committing suicide. She jumped into the massive fire pit of King Daksh, and ruined the religious ritual. She lost her precious human life. She also destroyed her father because when Shiv came to know about it, he reached there with his army, and beheaded his father-in-law, Daksh. Later, he attached the head of a billy goat on Daksh’s body and restored him to life. That love marriage wreaked such havoc. Addressing the Shiv army as a wedding procession, a malpractice has been given birth, and this story is the originator of the malpractice of love marriage, which is the cause of the destruction of the society.

Those people, who got married in an appropriate manner, are till date living a happy life; for example, Shri Brahma and Shri Vishnu. 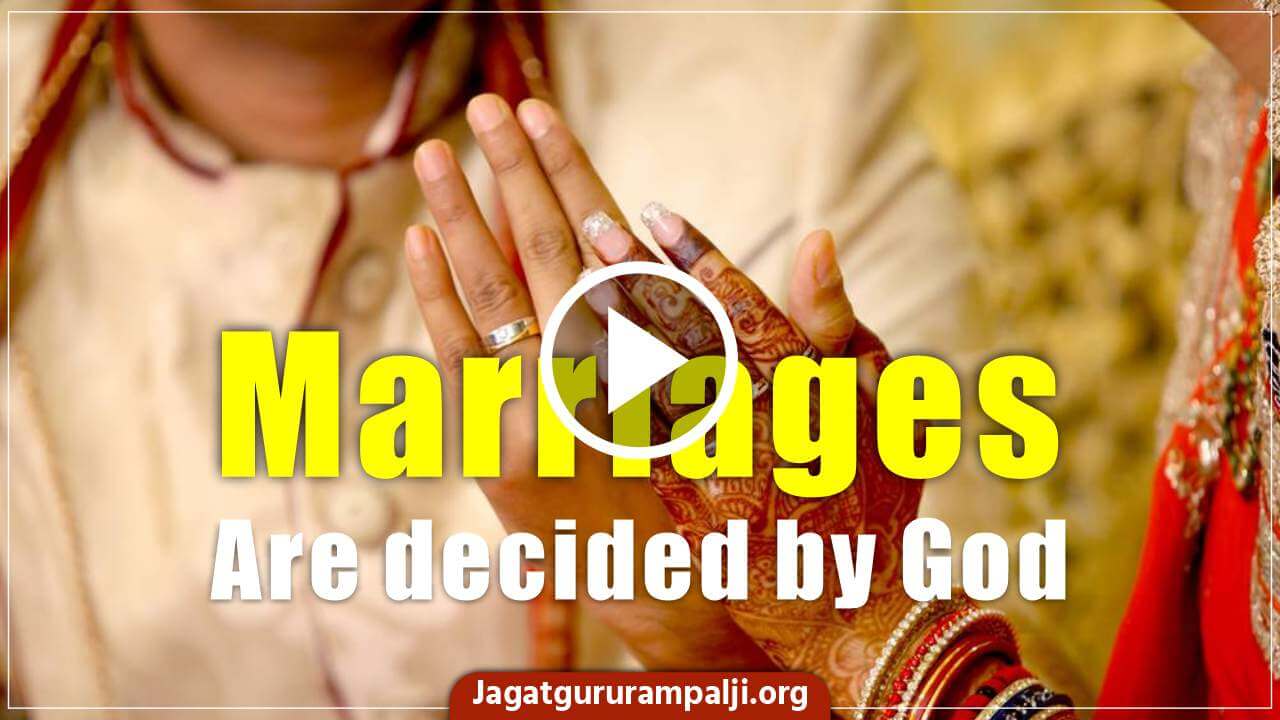