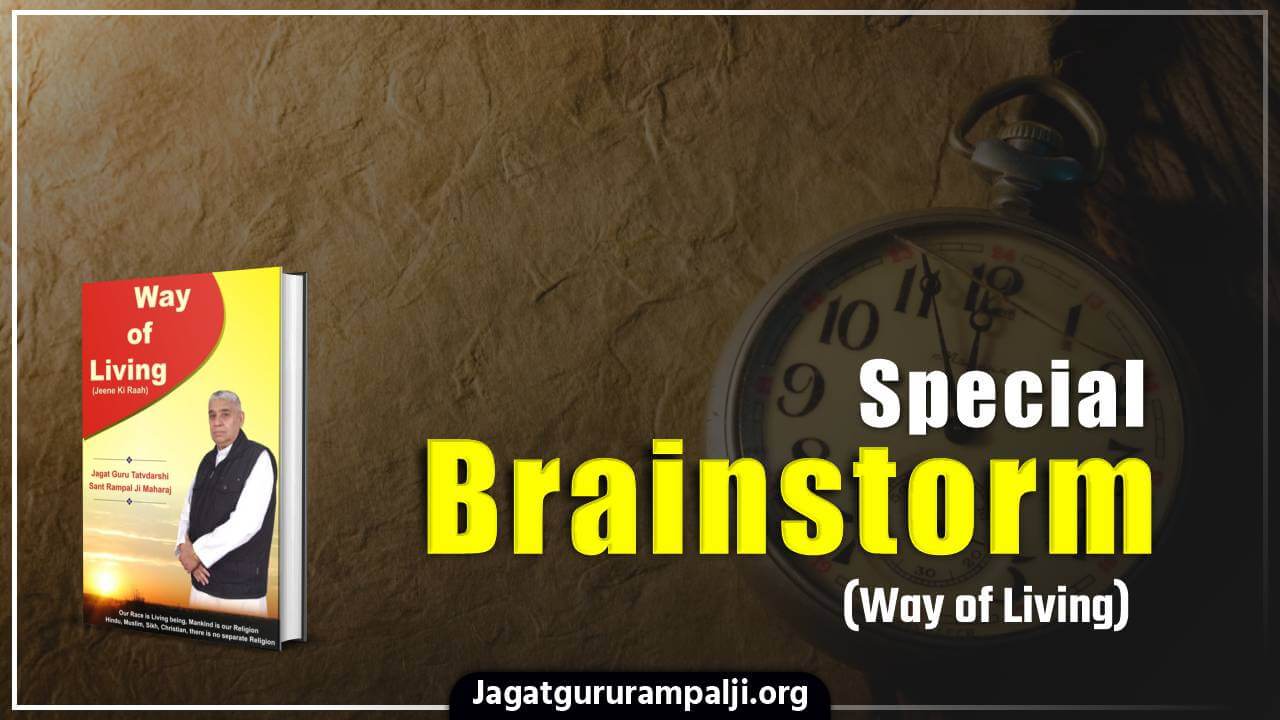 Please comprehend the act of sex with special discretion. The society recognises the union of a husband and wife that – both of you may reproduce offspring. Everybody’s parents performed the act of reproduction of children that is called sexual intercourse. By which, we and our brothers and sisters were born. So, contemplate that how sacred and good this act is, by which we got this invaluable human life. Someone became a doctor, someone a soldier, someone a minister and someone an engineer. Someone has become a farmer who has given food grain to everybody. Someone became a labourer who built your palaces. Someone became an artisan. In human life, we can do bhakti, charity and meritorious deeds and get the welfare of our soul done. This is the act of intercourse. No matter how much dirty and lustful form it is given by doing nonsense like singing or listening to vulgar film songs, this only is the mere fact. It is decency to perform this in private. Animals and birds copulate in open which does not look decent. Man is a civilised being. By doing it in private and observing the boundaries, we have to maintain the civility.

By reading the aforesaid viewpoints, vulgar thoughts cannot arise in you on seeing any sister, daughter or daughter-in-law. This same act was performed by our grandfather and grandmother, by which our father was born. Our maternal grandfather and grandmother performed it, by which our mother was born. The mother and father who gave birth to us and raised us, how good they are. Our mother and father were also reproduced by this sexual act. So, is it indecent? Representing it in an indecent way, the wanderers giving it an obscene colour set the society on fire.

There is a provision in the constitution of India that if a man molests a woman, he will be imprisoned for three years. If someone rapes a woman, he is given a punishment of ten years in prison. A person is frightened of any wrongdoing or misconduct if one is aware of the law. It is also important for one to be aware of the law. In this way, Kaal Brahm makes one commit sin. Who is Kaal? Find out in “Creation of Nature”.

Do not have to watch films: - A film is a fictitious story, while watching which, we forget that its actors are running a business to earn their livelihood. They take millions of rupees for working in a film. Innocent youths losing discretion become their fans. They are running their business; you being befooled waste your money in watching the films. The hero or the heroine whom you are a fan of, go to their home and see. They will not even offer you water, let alone tea and food. Just think, I am eating a laddoo and you are watching me. You are saying, “Wow! You are eating laddoo with a great style.” What did you get? Similar is the state of film actors and the audience.

We have to change our way of thinking: -

If we read or hear the biographies of sages, saints, fakirs or of people of good character, then all our vices calm down and we think of becoming righteous citizens. Therefore, we are in a dire need of a Saint and a Satsang where good thoughts are preached.

We give bath to our small daughter and dress her up. Everybody does this. The same daughter goes to her in-laws after marriage. Someone else’s daughter comes to our home as our daughter-in-law. What new has happened? This needs to be thought of with a pure mind. Thus, vagrant thoughts are destroyed by practising prudence. Righteousness arises.

Even in newspapers, highly indecent pictures are published that make the youth’s behaviour abnormal. In some advertisements of underwear, girls only wear underwear and a brazier, which is wrong. Similarly, men also appear only wearing underwear for the advertisement of an underwear, which is a symbol of grave depravity. These should be banned. For this, a civil organisation is needed that struggles to get this type of vulgarity banned in a constitutional way, and that makes good books available to everyone to make human beings virtuous and kind. An organisation that organises satsangs (spiritual discourses).

Children who listen to good teachings are abstinent. It is generally seen that a daughter whose husband after a few days of their marriage goes on his duty in the army and does not return for nearly eight to nine months from his duty; some daughters’ husbands go abroad to earn their livelihood and do not return even in three years, those daughters exercise self-restraint. They do not even dream of another man in their dreams. These daughters belong to superior families. The men also exercise self-restraint during that time. Those children belong to virtuous families; they belong to genuine families. Those who are pimps, they keep giving flirtatious glances. Getting their hair cut in new styles, wearing goggles, they wander like dogs from street to street. They are wanderers. By doing some wrong deed, they ruin a settled family because if they say something inappropriate to someone’s sister or daughter, it leads to a brawl. No one knows how big a conflict may become. Someone may even die. That one pimp ruined two families. Therefore, we should make our children listen to teachings of satsang from childhood itself in order to make them sensible and of good character.