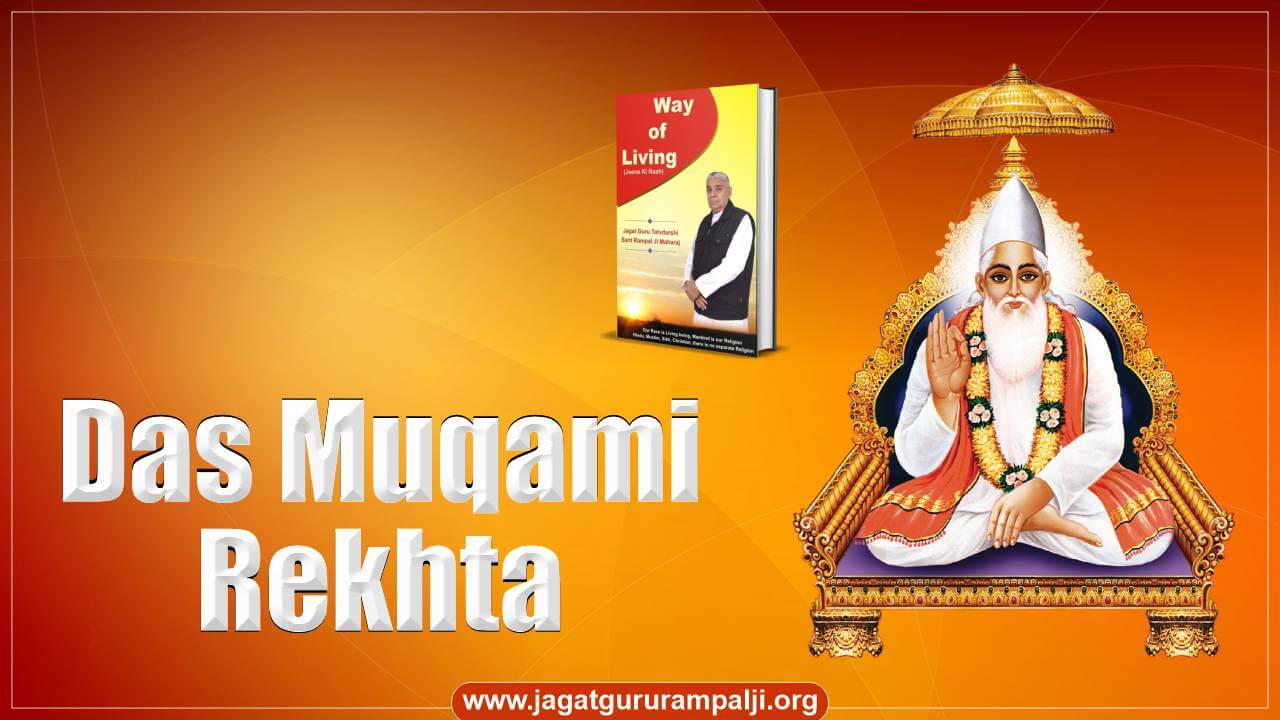 I am writing some excerpt from Page 21: -

Meaning: - It is clear in this nectar-speech that when Supreme God Kabir Ji in Satguru form took Dharmdas ji from Earth to Satyalok, on the way 9 places came e.g. Naasoot, Malkoot, these are Farsi words. Beyond these seven skies, beyond the places of Achint, Vishnu etc when he reached Satyalok, then Dharmdas ji is saying that Hans (males) and Hansni (females) of Satyalok while singing and dancing and playing musical instruments like drum etc came to respectfully receive me with females carrying pitcher on their heads. The brightness of their body was equivalent to the light of sixteen suns. Even the brightness of my body became equivalent to the light of sixteen suns like them.

A hans, who goes from Earth after attaining salvation, is taken to Puhap Dweep. There are all comforts there. It is a part of Satyalok. So, first of all, the soul who has gone from below after attaining salvation is kept in Puhap Dweep. Its scene is being depicted. From here, the soul is born in a family in other places. After this, there is description of that place where males and females reproduce to form a family; where groups of pairs of males and females sit and chat happily. The clouds rumble and it rains. This is a separate place where the residents of Satlok go for picnic. There are some places where no clouds are visible but it rains.

What should a worshipper do after taking initiation?

Its information is also given in Holy Kabir Sagar Chapter “Dharm Bodh”.

In Kabir Sagar, the 33rd Chapter “Dharm Bodh” is on Page 177 (1521). In this Chapter, Supreme God Kabir Ji has given special knowledge about doing (dharm) meritorious deeds. He has also clarified that in the true sect of Supreme God Kabir, Sandhya is performed three times a day. The meaning of Sandhya is ‘union of two times’. One Sandhya is in the morning when there is union of night and morning. The night departs and the morning commences. The second Sandhya is at twelve o’clock in the middle of the day. At that time, the afternoon of the ascending phase of the day ends and the descending phase of the day begins. This midday is the Sandhya of the day. The third Sandhya is in the evening. At that time, there is union of the day and night. Generally, laymen call the evening as Sandhya. The meaning of Sandhya is also “To pray to God”.

There is evidence in the Vedas that the Saviour of the world will himself do and make others do three times of Sandhya (prayer of God). He advises to do prayer of the Complete God in the morning and evening, and prayer of all the gods of the world in the afternoon. Evidence is in Rigved Mandal no. 8 Sukt 1 Mantra 29 and Yajurved Chapter 19 Mantra 26.

This same evidence is also given in Kabir Sagar, Chapter ‘Dharm Bodh’ on Page 177.

Meaning: - Devotees should do Sandhya (prayer) of all the three (kaal) times. While ding Sandhya (prayer) in the (saanjh) evening, in the (sakaar) morning and in the (madhyaahan) afternoon (middle of the day), one’s (surati) concentration should be on the vaani (speech) being recited in the prayer, and one should always be ready to do a meritorious task. One should not show laziness.

Meaning: - Even if a devotee faces crores of handships, one should certainly do one’s daily activity (the Sandhya/prayer of the three times), and restraining the unsteady mind, one should recite the mantra of God received in initiation in solitude.

Meaning: - One should always serve one’s Gurudev and the devotees who have come to Satsang or to one’s house with respect. One should do service with devotion and love. Do the Bhakti of the Supreme God i.e. Param Akshar Purush with immense love.