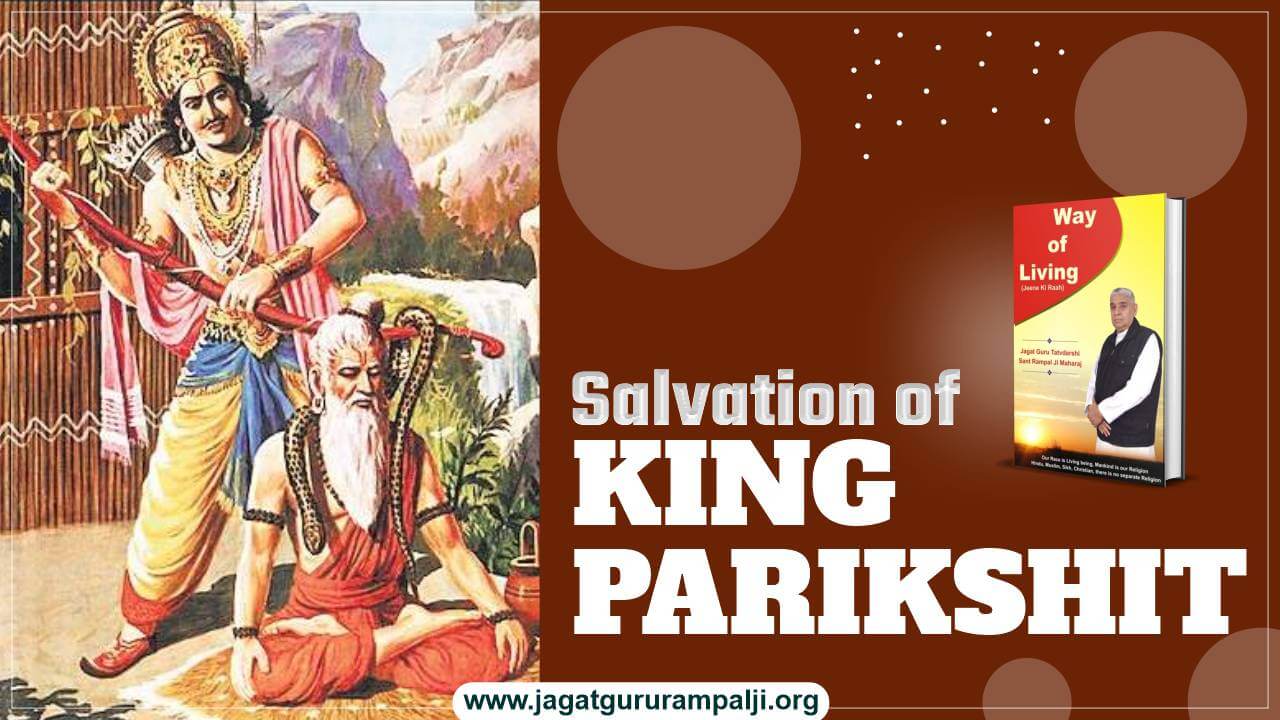 When King Parikshit had to be bitten by a Takshak snake as a result of a curse of a sage, Shrimad Bhagavat (Sudha Sagar) had to be recited for seven days for the salvation of King Parikshit. All the sages and pandits on the earth were requested to narrate the story of Shrimad Bhagavat to Parikshit. They were actually Pandits. They knew the law of God. They also knew that the result will come on the seventh day. The eyes of the intellectual people of the world were fixed on what will happen to Parikshit on the seventh day. All the Pandits on earth refused to narrate the story of Shrimad Bhagavat and said that we do not have the authority. We will not incur sin by playing with someone’s human life. Vedvyas who had written Shrimad Bhagavat also declined to narrate the tale. All the sages told that Sage Sukhdev should be called from Heaven for this task. He has the authority to narrate the tale. Sage Sukhdev was called from heaven for King Parikshit. After spending some time in hell, Yudhishthir is bearing fruits of virtuous deeds in heaven. Out of affection to his family, for the salvation of Arjun’s grandson Parikshit, he donated some of his virtues to Sage Sukhdev (Shukdev). With the price of those virtues, Sage Shukdev sat in an aircraft and came to earth to narrate the tale of Shrimad Bhagavat to King Parikshit. After narrating the tale for seven days, he dispelled Parikshit’s attachment in his kingdom and family. Takshak snake bit King Parikshit during the narration of the holy tale. The king instantly died. But because of listening to the holy tale, Parikshit’s attention deviating from the world was engrossed in the joys of heaven. While on the position of the King, Parikshit had held big religious yagyas. Due to which, he had heaps of virtues. The law of God has been explained in the following speech: -

This evidence is also given in Gita Chapter 8 Verse 6 that “O Bharat! It is a law of God that whoever one remembers at the time of death, he/she goes to him/her only.” As per this very law, the soul of King Parikshit abandoning the material body (which had died with the venom of the snake), went to heaven in its subtle body along with Sage Shukdev in an aircraft.

Sant Garibdas ji (Village Chhudani, District Jhajjar) told Maniram ji that King Parikshit’s mind was detached from the world and inspired to go to heaven by listening to the holy tale narrated by Sage Shukdev. Due to which, after his death, he went to heaven as a result of the virtuous deeds performed as a king in that life. The cycle of birth and death is still remaining. In the Lok of Kaal Brahm, due to paucity of the complete spiritual knowledge, the attainment of heaven-great heaven alone is considered to be salvation. Even the salvation of the Kaal Brahm’s lok cannot be attained by the level of worship of any sage or Pandit on earth, because their aim is to get honour and praise in doing Paath and Katha i.e. Satsang. They are also afflicted by jealousy in the desire to attain more fame than another sage. Shukdev ji was a disciple of Saint Janak. Complete God Kabir had met King Janak. He had given him SohM mantra. Shukdev was King Janak’s main and dear disciple. Janak ji had only given this mantra to Shukdev. As a result of which, Shukdev’s tenure of heaven is lengthy. Kaal had deceived King Janak. King Janak had donated half of his virtues to twelve crore living beings suffering in hell. Due to which, his tenure of heaven was shortened, and he took birth as Shri Nanak ji in Shri Kaluram Mehta’s (Khatri- Arora) house in Punjab State (in India) in 1469. (Currently, that place is in Pakistan.) Shukdev ji had no hatred, jealousy against anyone on earth, neither did he desire for any honour or praise. The story narrated by him had an impact on Parikshit’s mind. As a result of which, he went to Heaven. Had another sage narrated the holy story, the king’s mind would have remained in his kingdom and family. He would have had a rebirth on earth. He would have wasted his virtues by becoming a king.

Sant Garibdas ji told that – O Maniram! Until the birth and death of a living being end, one cannot attain supreme peace. Becoming a king, one burns in the fire of loss and benefit of the kingdom. Becoming a pauper, one bears hardships. Then one suffers in the bodies of animals and birds etc. You are a devotee of Shri Vishnu alias Shri Krishna. (Vaishnav sadhus consider Shri Vishnu ji as their deity.) You also believe that Shri Krishna, that is, Shri Vishnu narrated the knowledge of Shrimadbhagavat Gita to Arjun. The speaker of Gita clarifies in Gita Chapter 18 Verse 62 that there is some Supreme God other than me. O Bharat! Go in the refuge of that Supreme God in every respect. Only by the grace of that Supreme God, you will attain supreme peace and eternal supreme abode (Satyalok).

In Gita Chapter 7 Verse 29, the Speaker of Gita has told that “those worshippers who strive to become free from ‘Jaraa’ (old age) and ‘maran’ (death), [who do not desire for the kingdom of Kaal lok and heaven-great heaven] they are familiar with ‘Tat’ Brahm, the entire spirituality and all the actions.”

In Gita Chapter 2 Verse 12, Chapter 4 Verse 5, Chapter 10 Verse 2, the Speaker of Gita has told that – O Arjun! You and I have had several births. We will also continue to have them in future.

In Gita Chapter 2 Verse 17, the Immortal God has been mentioned, and in Chapter 15 Verses 16-17, three Purush (Gods) have been mentioned. In Verse 16, there is description of Kshar Purush and Akshar Purush. Both of them have been told to be mortal. Then in Chapter 15 Verse 17, information about the Immortal Param Akshar Brahm has been given. He has been said to be the Uttam Purush, that is, the Supreme God. He only nurtures the three worlds; in reality, He is immortal. In Gita Chapter 15 Verse 4, the speaker of the knowledge of Gita has clarified that after finding a Tatvdarshi Saint, one should search for that supreme state of the Supreme God, having gone where, worshippers never return to the world. One should only worship that God, from whom the world-like tree has extended, that is, the God who has created the universe. (End of description from Gita)

Sant Garibdas ji told Maniram that – The bhakti of Param Akshar Brahm, that is, Tat Brahm is available with me (Sant Garibdas ji). If you want to attain complete salvation, then take initiation from me and get your welfare done. Maniram knew all the verses of Gita by heart. He immediately understood everything, and by taking initiation and abandoning hypocrisy, got his welfare done.