39. Story of Ranka and Banka | Way of Living 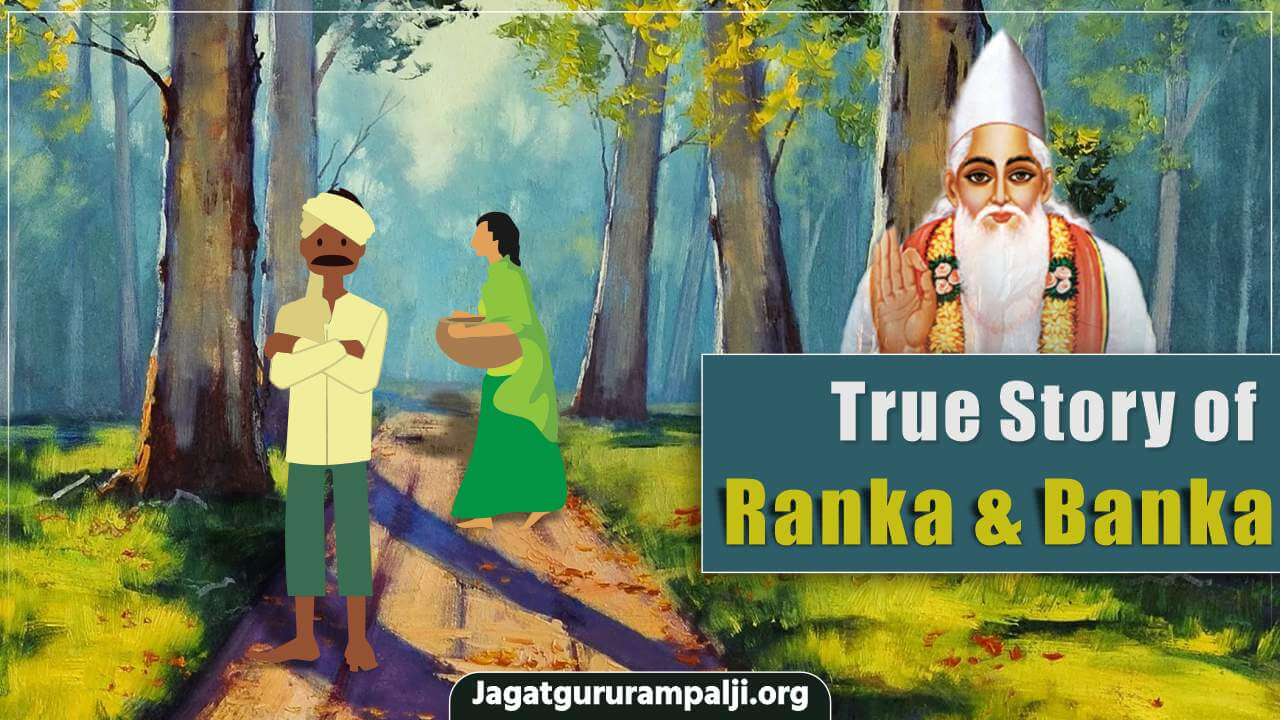 Ranka (man) and Banka (woman) were supreme devotees of God. They had properly understood the (Tatvgyan) true spiritual knowledge. They were leading their life based on that only. They had a daughter named Abanka. One day devotee Namdev said to his Guru ji, “Gurudev, your devotees Ranka and Banka are very poor. Please give them some wealth so that they do not have to bring wood from the jungle and earn their livelihood by selling it in the city. Both of them go to the jungle, collect pieces of wood there and bring it over. They even have difficulty managing food for themselves.” Gurudev said, “Brother! I have tried to give them wealth several times, but they donate everything. Two-three times, I have myself gone disguising as a wood-buyer. I paid them hundred times more for their wood than the others. Every day, their wood used to sell for two annas. I bought them for ten rupees. Spending four annas on their food, they donated the rest in my Satsang. Now you tell me how should

I give them money?” Devotee Namdev again requested, “Give them money again this time; I am sure they will take it.” Guru ji and Namdev ji went on that path from where Ranka and Banka used to bring wood from the jungle. Guru ji put a lot of gold jewellery worth lakhs of rupees on the path. Namdev and Gurudev hid behind a bush. Ranka was walking ahead with pieces of wood on his head, and behind him was Ranka walking at a distance of two hundred feet carrying pieces of wood. Devotee Ranka saw that precious gold jewellery is lying on the path, and Banka is a woman; she might become greedy on seeing the jewellery and might spoil her deeds. Therefore, he started putting dirt on the jewellery with his feet. Devotee Banka also was a disciple of a Complete Guru. She saw that her husband is putting dirt on the jewellery. She understood his motive. She yelled, “Move on Bhakt ji! Why are you putting dirt on dirt?” Ranka understood that she is firm in her intentions; she is not wavering. Bypassing that jewellery worth lakhs of rupees, both of them went to the city. Guru ji said, “Did you see, devotee Namdev! Devotees should be like these.” 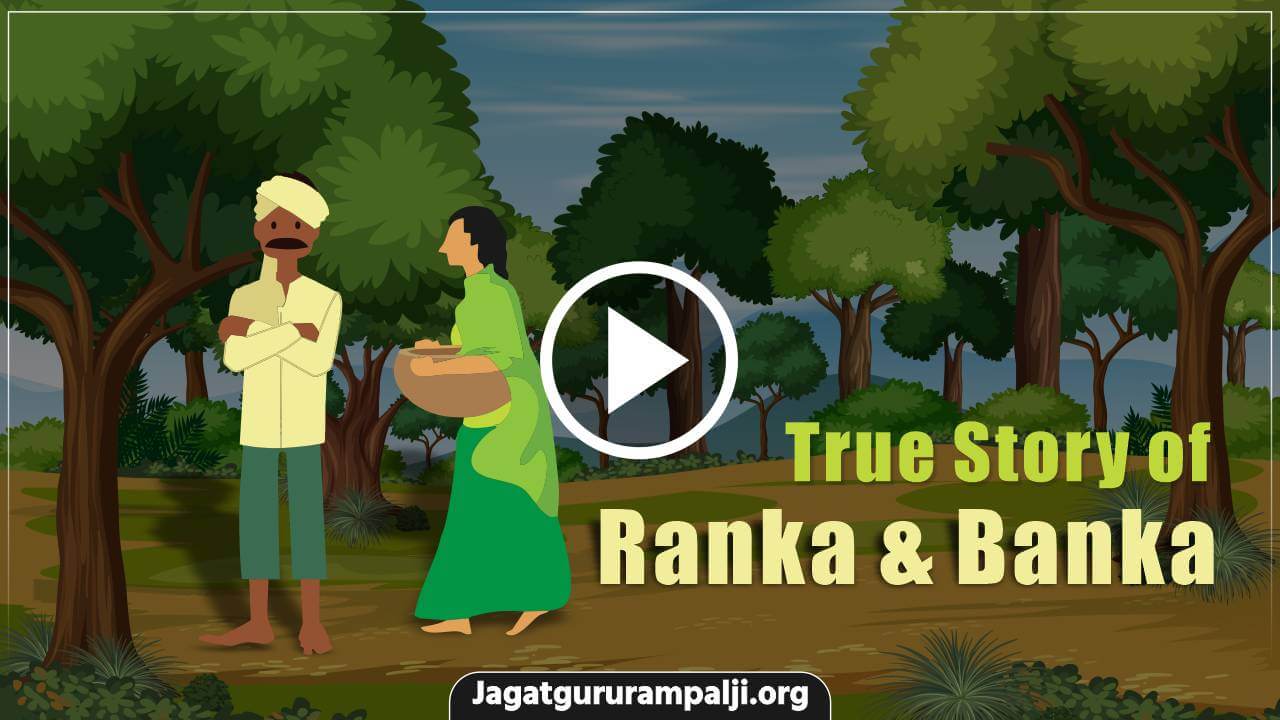 One day, Guru ji was doing Satsang at 4 o’clock in the evening. The venue of Satsang was at a distance of four acres from Ranka’s hut. Ranka and Banka both had gone to listen to the Satsang. Their daughter Abanka (19 years old) was sitting outside the hut on a cot. The hut caught fire. All the items got burnt. Abanka came running and saw that Satang is going on. Guru ji was delivering the Satsang. The audience was engrossed in attentively listening to the satsang. It was a peaceful atmosphere. Abanka loudly said, Mother! The hut has caught fire. Everything has got burnt. Mother Banka got up and took her daughter to one side and asked, “What is left?” Daughter Abanka told, “One cot was outside; only that has been saved.” Devotee Ranka had also come. They both said, “Daughter! Put that cot also in the fire and come back. Listen to the satsang. If the hut had not been there, it would not have caught fire; had it not caught fire, there would have been no disturbance in the bliss of Satsang.” Abanka went and putting the cot in the fire of the hut, came back to listen to the satsang. After the satsang, they all went home. They had eaten the food of that time at the communal meal in the satsang. At night, they slept under a tree near the burnt hut without any bedding. When they woke up early in the morning to do bhakti, they had a beautiful hut over them. All the utensils were there and there were earthern pots full of flour and lentils etc. At that very moment an ethervoice occurred, “Devotee family! This is God’s grace. You may live in this hut. This is Gurudev’s order.” The three of them said, “Your wish is our command, Gurudev!” At sun rise, the people of the town were amazed to see that the ashes of the hut that was next to another tree were still present. A new hut could not be built before a week. Everyone said that this is a miracle of their Guru ji. Whoever saw it vowed to take initiation from Guru ji. Thousands of townspeople took initiation. (Supreme God Kabir had performed this entire divine act approximately two hundred years before appearing in Kashi city. At that time, He had also taken devotee Namdev in His refuge.)

On listening to the aforesaid story, the fear in devotee Champakali’s mind got dispelled and she donated the entire property and wealth to God Kabir Guru ji. God said, “Daughter! When you have become mine, then your wealth is automatically mine. Keep that much of this wealth of mine with you as much is sufficient for you to sustain yourself. Keep donating the rest. Devotee Champakali did the same. She kept the house and donated majority of the money as per Guru ji’s order in the communal meals.