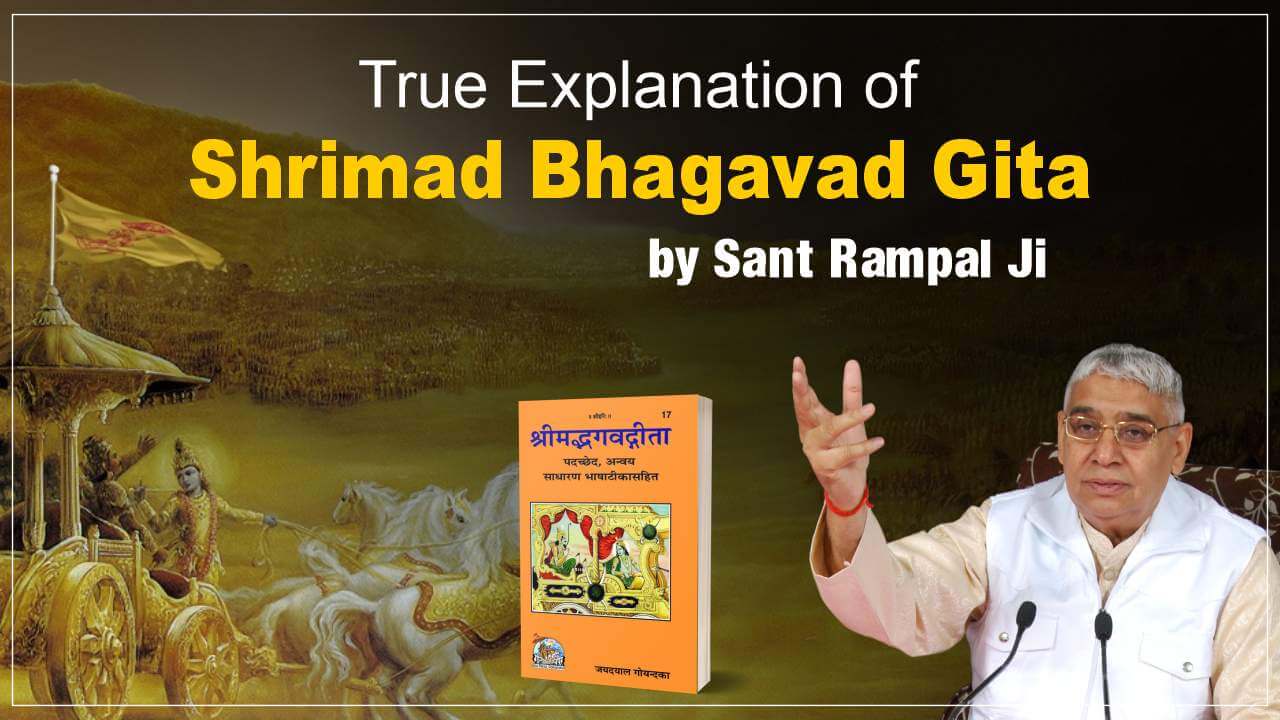 In Holy Shri Shrimad Bhagavad Gita Adhyay 15 Mantra 1 to 4, it has been said that this is an upside-down tree of the world. The root above is Aadi Purush i.e. the Eternal God; the branches below are the three Gunas (Rajgun-Brahma, Satgun-Vishnu, and Tamgun-Shiv). I (Brahm-Kaal) do not know about this tree of the whole world i.e. the creation of the entire nature. Here in our discussion i.e. in the knowledge of Gita, I cannot impart the complete knowledge to you. For that find some Tatvdarshi Sant (Gita Adhyay 4 Shlok 34). Then he will impart the knowledge of the creation of the entire nature and the state of all the Gods correctly to you. Thereafter, one should search for that Param Pad Parmeshwar (Supreme God with supreme state), having gone in whom, a devotee does not take birth or dies again i.e. attains complete salvation. The God who has created the tree of the world i.e. all the Brahmands, I (Brahm-Kaal) am also in the refuge of that God. Therefore, worship that Supreme God.

Satguru God Kabir Sahib Ji said that Oh Niranjan! If I wish, I can end your whole game in a moment, but by doing this I break my promise. Thinking this, I, imparting true knowledge to my beloved Hans (souls) and granting them the power of Shabd, will take them to Satlok, and said that –