31. Big Crisis is Averted by Going to Satsang | Way of Living 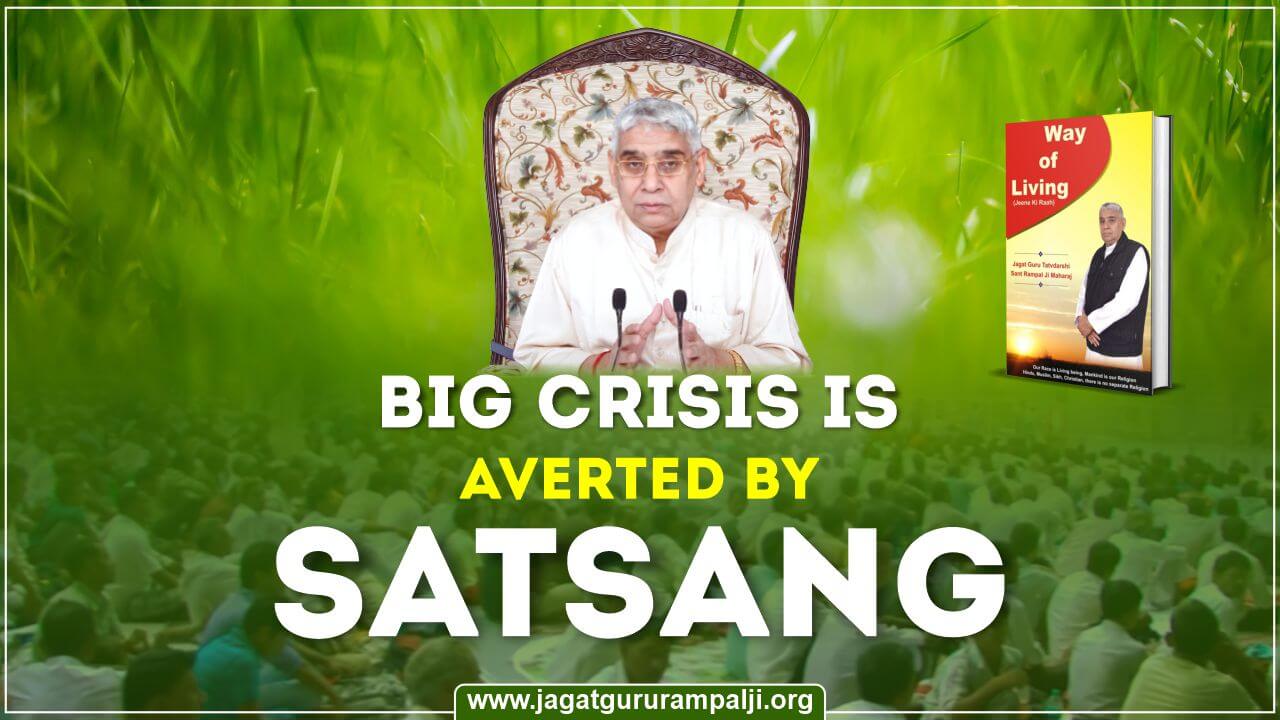 The context of Meera Bai

Sister Kasturi told, “O Sister! Have you heard the name of Meera Bai?” Ramo said, “Yes, she was a devotee of Krishna ji.” Kasturi said, “She used to go to temple. She had born in a Thakur family. The women were prohibited to go out of the house, but Meera Bai did not care for anyone. Then she got married to a king. Rana (king) was of religious disposition. He did not stop Meera from going to the temple, but to avoid public discussion, he started sending three-four maids with Meera. As a result of which, everything went well. After a few years, Meera’s husband died. Her younger brother-in-law sat on the throne. He forbade Meera to go to temple on the advice of the people of their clan, but Meera did not comply. Due to which, the king plotted to kill Meera. He conspired that such a plan should be made that she also dies and I also do not get slandered. The king thought, “How shall I kill her?” The king said to a snake charmer, “Bring such a snake which when kept in a box bites the person who opens the box and the person instantly dies.” The snake charmer did the same. The king celebrated his son’s birthday. He invited his relatives and other distinguished people in it. The king said to Meera’s maid that, “Take this precious necklace. It is my son’s birthday. My relatives have come from far off places. Tell Meera that she may wear beautiful clothes and put this necklace around her neck, otherwise the relatives will say that I do not keep my sister-in-law properly. It is a question of my honour-dishonour.” The maid gave that jewellery box to Meera and narrated the order of the king. There was a white and black coloured venomous snake in that jewellery box. Meera opened the box in front of the maid. It had a necklace made up of diamonds and pearls in it. Meera thought, “If I will not wear the necklace, an unnecessary altercation will occur. This necklace is soil for me.” On thinking this, Meera put that necklace around her neck. The king’s motive was that – Today Meera will die from the snakebite, and everybody will be assured that – “The king has no hand in it. Meera has died in front of us from snakebite.” After some time, the king along with his ministers and some relatives went to Meera’s palace. On seeing a beautiful, expensive necklace around Meera’s neck, Rana (king) got agitated and said, “Corrupt woman! From which boyfriend have you brought this necklace?” Meera Bai had tears in her eyes. She said, “You had yourself sent it through the maid. It is the same necklace.” The king summoned the maid and asked, “Where is that box?” The maid took it out from under the bed and showed it to him, “Here it is, King. You had sent it.” The king came back. The king thought, “This time I will make her drink venom in front of me. If she will not drink it, I will behead her.”

Read further in the next topic.