6. One Will Suffer Extreme Misery Due to Not Doing Bhakti | Way of Living 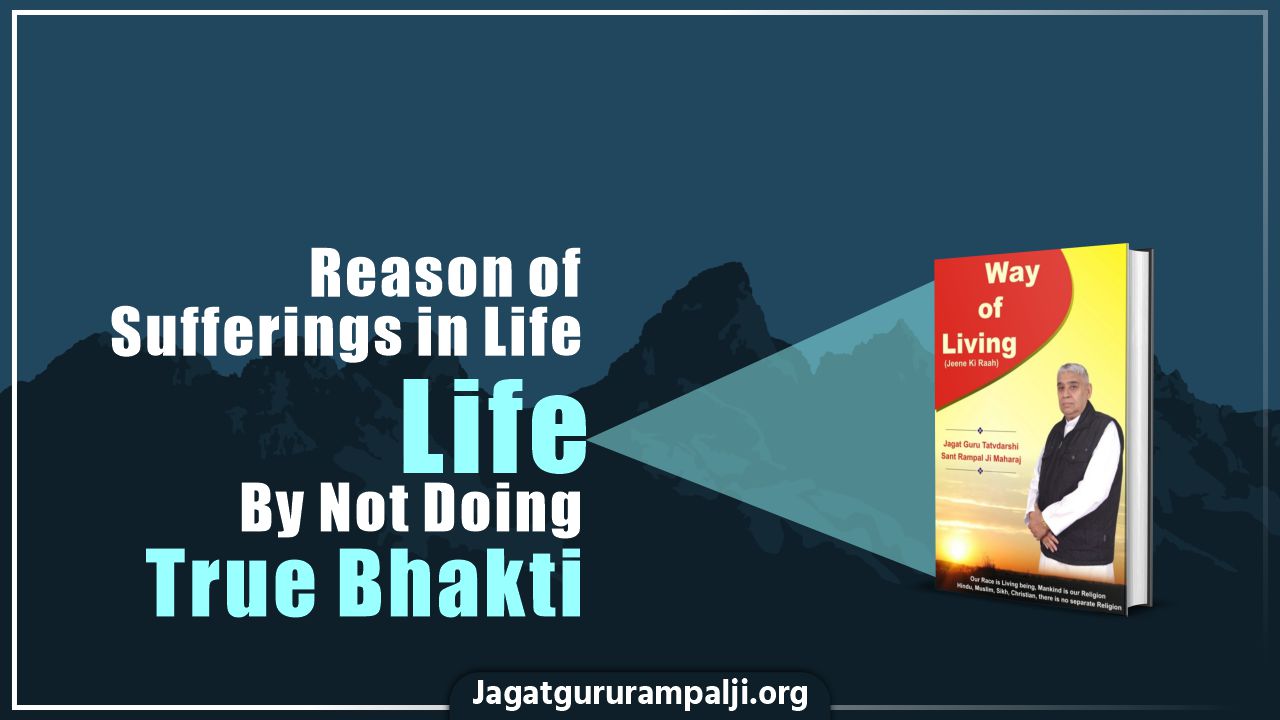 It is stated in Sukshm Ved: -

In the absence of spiritual knowledge, because of being unfamiliar with the law of God, this living being is suffering extreme misery in this world of sorrows, and is considering this itself to be the place of happiness.

Like, a person is lying in a drunken state in the scorching heat of the month of June at 12pm or 1 pm in Haryana State. He is sweating profusely. His body is covered with sand. Someone said to him, “O Brother! Get up. Let me make you sit under a tree, you are getting sunburnt here.” The drunkard said, “I am completely fine. I am enjoying myself. I have no problems.”

Someone went to a court for some reason. He met his relative there. They asked each other’s wellbeing. Both of them said, “All is well. We are enjoying ourselves.”
One person’s only child was very unwell. He had admitted him to P.G.I. There was a very little hope of survival of the child. The condition of the parents in such a state is easily understandable. Their relatives came to meet them and asked, “How is the child?” The father said, “There is no hope of survival.” Then they asked, “How is everything else?” The father said, “Everything else is fine.”

Please think: - That person was bearing the heat of scorching sun in the intoxicated state. Nonetheless, he was saying that he is enjoying himself.

Both of the relatives who met in court were saying that everything is fine. Just think that a person who is stuck in the mill of court cannot be happy even in dreams. Nevertheless, both of them were saying that they are enjoying themselves, that is, they are happy.

A person who’s only child is on death bed, how can he be fine? Therefore, it is stated in Sukshm Ved that this living being is considering the immense misery in this world of sorrows to be happiness.

Sant Garibdas has said that a person who on acquiring a human life does not do bhakti bears hardships in the lives of a dog, donkey etc. At night a dog cries looking at the sky. Therefore, Garibdas ji has explained that if you do not do bhakti and this time of human life gets out of your hands, then you will cry thinking about this time.