10. God Shiv’s Renunciation of his Wife | Way of Living 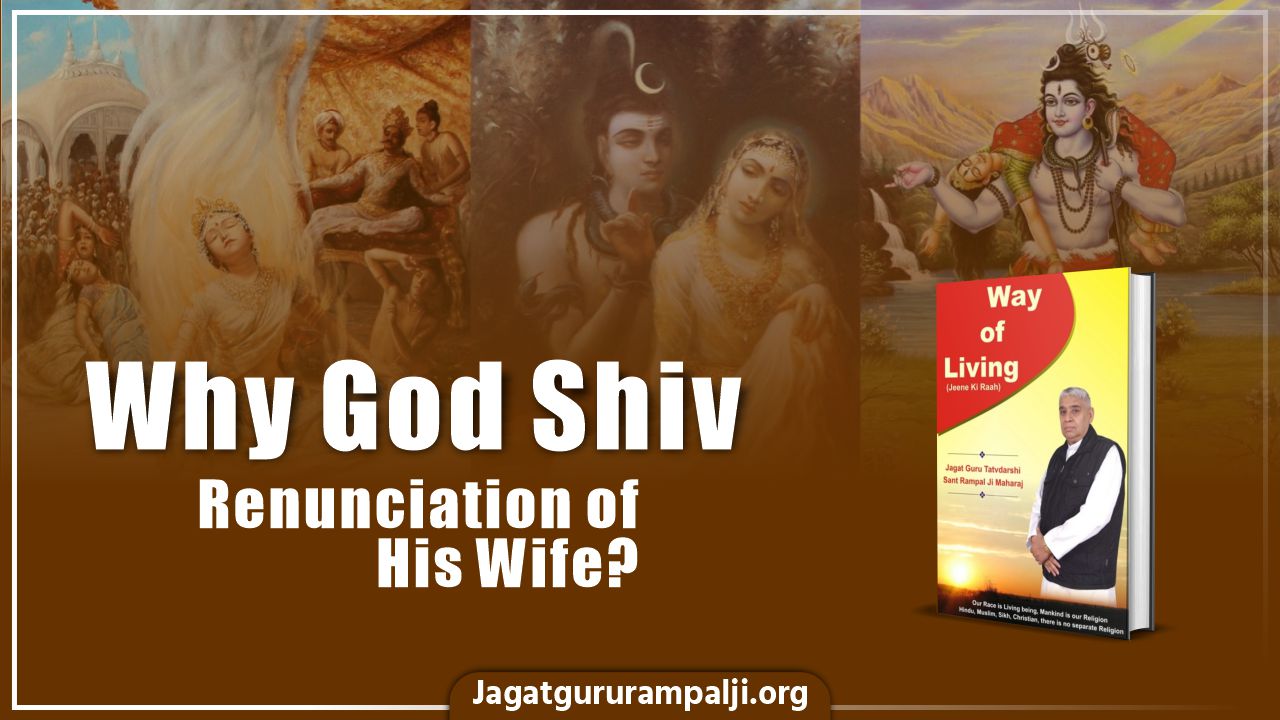 When Shri Ramchandra son of Shri Dashrath (King of Ayodhya) was passing the time of exile, during that time King of Lanka, Ravan, abducted Sita. Shri Ram did not know. Shri Ram was mourning the separation from Sita. Shiv and Parvati saw this from the sky. Parvati asked Shiv, “Why is this man crying so bitterly? What crisis has befallen him?”  Shri Shiv said, “He is not an ordinary man. He is Shri Vishnu who has taken birth in King Dashrath’s house. Now he is passing time of exile. His wife Sita had also come with him. Somebody has abducted her. That is why he is sad.” Parvati said, “I will assume Sita’s appearance and go in front of him. If he will recognise me, I will believe that he is God.” Shiv said to Parvati that – “Do not commit this mistake. If you will assume Sita’s appearance, then you will of no use to me.” At that time, Parvati said, “Okay. I will not test him.” But as soon as Shiv went out of the house, she acquired Sita’s appearance, and went and stood in front of Shri Ram. Shri Ram said, “O Daksh-Daughter Maya! How come you came alone today? Where did you leave Shri Shiv?” Goddess Parvati felt ashamed at that time and said, “God Shiv was speaking the truth that you are the chief of the three worlds. You recognised me. I had come to test you.” God Shiv also found out that Parvati has taken test by acquiring Sita’s appearance. He asked Parvati, “You have done what I had forbidden you to do.” Parvati even told a lie that – “I have not taken any test”, but Shiv became very unhappy, and the love marriage became a cause of hell that you have read above.

Therefore, it is a request to the youth not to stir poison in the parents and the society due to their weakness. It is good to marry. It is a bad thing to do wrong deeds. Parents themselves become worried about the children’s marriage at the appropriate time, and make sure they are married off. Then why do young people take this headache? Until one gets married, one is excited. After marriage, one has children. Seven years later, one feels that “What has happened?” Like, the Haryanvi Poet Jaat Mehar Singh has stated that: -

Like, it is a compulsion to remain within the four walls in a jail, similarly, it becomes obligatory for the mother and father to lead a married life for the sustenance of their family and remain in the four walls of the social code of conduct. One cannot act of one’s own free will, that is, an employed person has to go to his/her job, a labourer has to go to his labour work and a farmer is bound to do the work in his field, which is essential. Therefore, a married life has been called a jail of code of conduct. But without this jail, the genesis of the world is not possible. Our mother and father also got married. We got the invaluable human life. By doing bhakti in this body, a human being can attain salvation, which is a boon of marriage itself. Characterless people corrupt this sacred relationship by narrating sexy stories and singing songs to catalyse lust in the youths that wreaks havoc in a peaceful and moral human society. As a result of which, many families are ruined. Like, we read in newspapers that a boy and a girl of the same village by having a love affair sowed the seed of destruction. The girl’s family counselled her a lot, but inspired by the vulgar films, the girl did not heed. The members of the family of the girl killed her. Due to which, that girl’s brother, father, mother and sister-in-law all went to jail. They were sentenced for life. Both of them burnt down the family with the fire of their love affair. A well-settled family got ruined. There are many other instances where, when a case of honour killing is filed, there is even provision of a death sentence. O young people! Think! Your parents live with so many hopes from you. They educate you, raise you. Forgetting the social code of conduct, because of a minor mistake, you committed a big blunder and destroyed your life. Therefore, it is mandatory for the children to listen to satsang. It is necessary to teach them a lesson on social highs and lows, which is nearly absent. 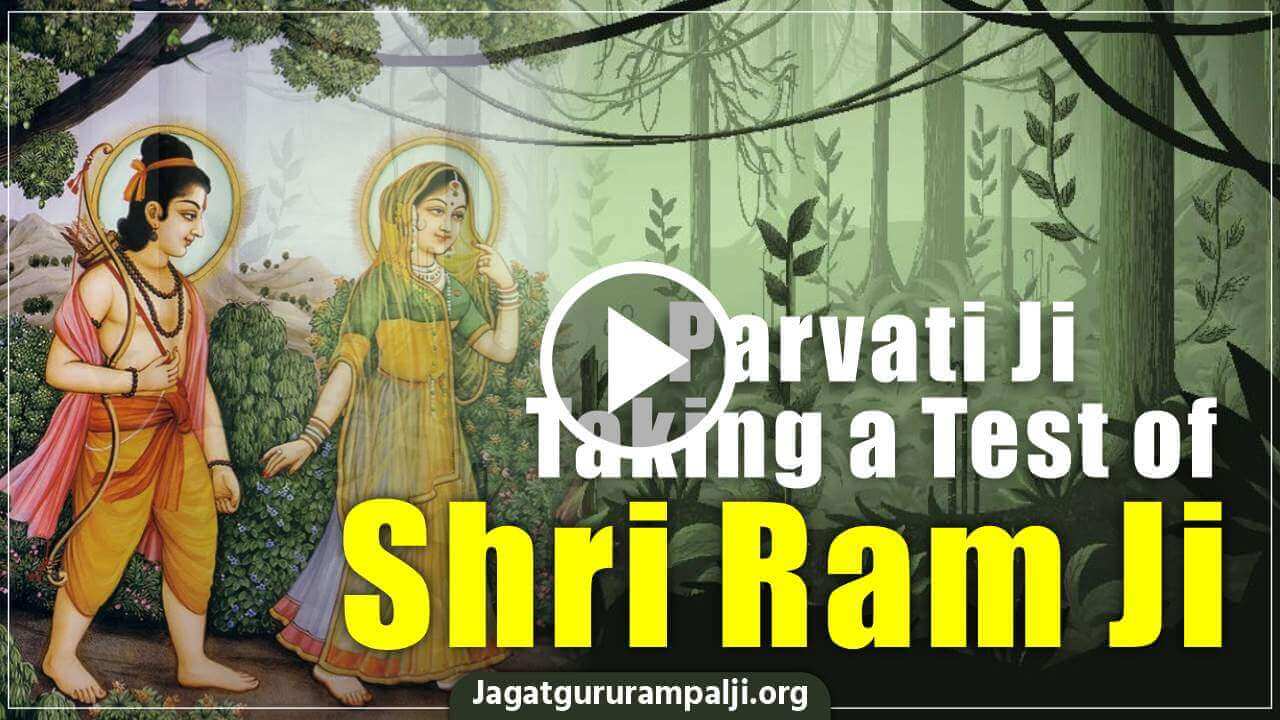 Question: - How did the (Barat) wedding procession become prevalent?

Answer: - It started from kings. They used to take the army in their son’s marriage. The army used to go for the safety of the king during the journey. The entire expenses of which were borne by the bride’s father.

Merchants and Businessmen used to give excessive jewellery and money in dowry. They used to take the other poor people of the village on daily wages to provide security to them. On the first day, the groom’s family used to feed them sweets at their home. The bride’s family was made to give a silver coin and a bronze glass to every guard. The poor people who used to take their carts and oxen were lured with some extra cash. Earlier there used to be a lot of jungles. There were no means of transport. In this way, it became a tradition. At that time, droughts used to occur. People used to be poor. If a rich person was found alone, then it was a common thing to loot him. Due to this, a (Barat) wedding procession-like army became prevalent. Then it became an ostentatious tradition, of which there is absolutely no need now.

Question: - How did Bhaat and Nyonda-Nyondar start?

Answer: - Its origin is also from arrival of the wedding procession, and giving dowry. To take the wedding procession, the family of the bridegroom feed sweets. The family of the bride also gives sweets and a coin and a glass etc to the wedding guests, as a result of which Bhaat and Nyota (Nyonda) ceremony began. In the Nyota Group, there are near and dear ones from the village and the neighbouring villages. If there was a wedding of a girl or a boy, the family alone could not afford the expenses. For that, there are approximately hundred or more members in that group. All the members according to their financial position give (Nyota) money to the father of the child, who is getting married. Someone gives hundred rupees, someone two hundred rupees, someone less, someone more. It is a type of free loan. One does not have to pay interest on it. Everyone’s Nyota money is recorded. In every member’s diary, the Nyota (money) given in every marriage is written. In this way, the family, in which the wedding is taking place, does not face a money problem.

Bhaat: - Bhaat ceremony is also performed in the same series. In the marriage of sister’s children, some clothes and cash money given by the brother (the help given by brother) is called Bhaat. The sister does not have to return that money. Those sisters, who do not have a brother, are very unhappy that day. They sit in a solitary place and cry.

Pilia: - When a baby boy is born, then the maternal family sends pure desi ghee made at home and some gaund (mixture of ghee+roasted flour+coconut+carom seeds+black pepper is known as Gaund) for the mother of the child. Baby clothes are also brought for the newborn by the maternal family and the mother’s sister-in-laws. This is a tradition. Those clothes become useless after a year.

We have to give up such traditions because these are futile burdens in the journey of life. You can help your daughter. Like, if one has to buy a cow or a buffalo, and the financial condition of the daughter is weak, then you can give cash money to her. You can give your daughter her share in your property if she wants to take it. A daughter can take money when she needs it, but then later should return it. She should have faith in God. Her respect will be maintained.

Solution: - The solution of all this is that a marriage is conducted according to Sukshm Ved. You have heard about four Vedas: - Yajurved, Rigved, Samved and Atharvaved. But the fifth Ved is Sukshm Ved, which Complete God by Himself appearing on earth has uttered from His lotus-mouth through His nectar-speech.

My (Rampal Das’s) followers perform wedding ceremony according to that very fifth Ved, in which none of the above-mentioned traditions are required. No expenditure has to be done by the groom or bride’s family on the wedding or any other occasions. One has to only perform Kanyadaan, that is, donate her daughter. A girl can only take four dresses with her to wear. The pair of shoes that she is wearing is sufficient. The family she will go into will keep that girl like their family member. According to the financial condition of their home, they will provide her with all the necessary things like any other family member. A daughter will not become a burden on her mother-father, brother and sister-in-law. Whenever she will visit her parents’ home, she will not take any suit (dress) or cash money. Due to which, she will also be dear to her brother and sister-in-law. Brother’s wife does not like her sister-in-law because she thinks that – “She has come and now she will make us spend at least four-five thousand rupees on her.” But our daughter will go with respect and return with respect. She will not take any object from her maternal family. Due to which, both the sides will always have immense love for each other. One will also be able to do good bhakti. In this way, by treading on the real path of life, we will quickly reach our destination (salvation).

Question: - It is considered inauspicious to see a childless person’s (those who do not have any child) face in the morning or while going for some auspicious work. Why is this so?

Answer: - It is a wrong conception due to lack of the complete spiritual knowledge. Readers may please read on, in the next topic that a person had four sons. When he suffered a stroke, nobody took care of him. Is it good to have a sight of that man just because he has children? Who will consider it good to see his plight?