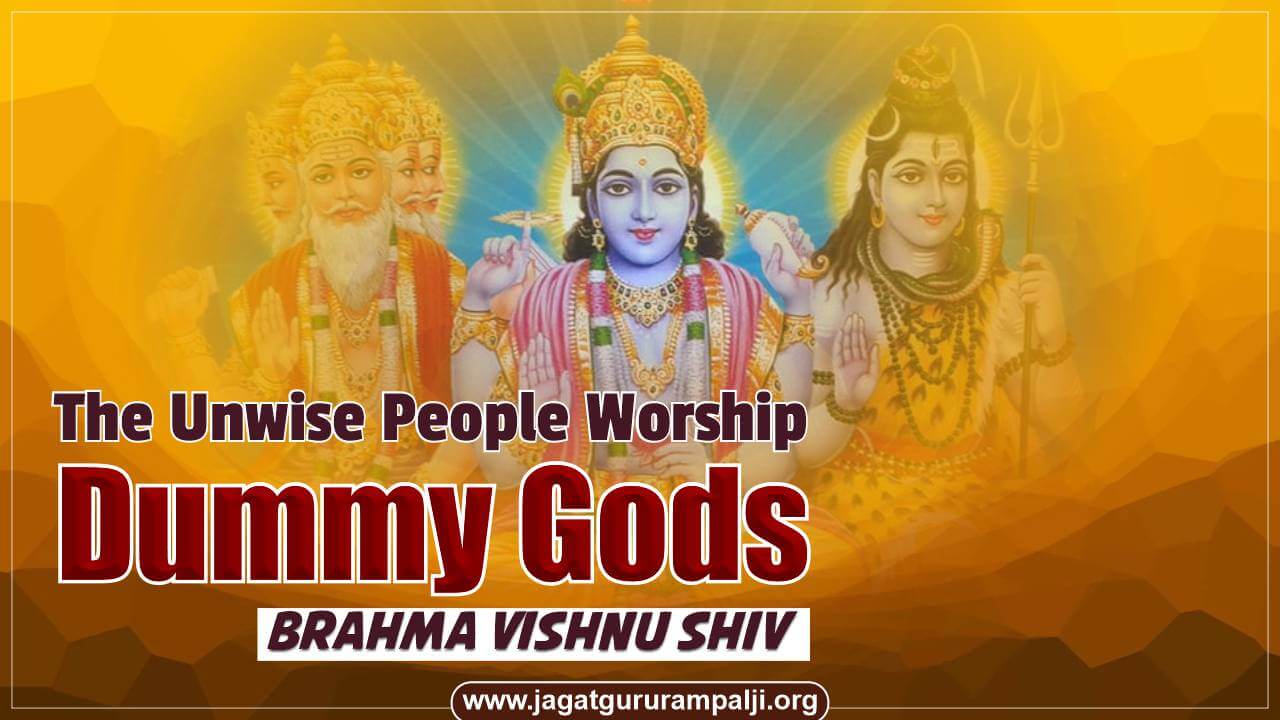 In Bhagavad Gita Adhyay 7 Shlok 15, it has been said that those, whose knowledge has been stolen by the Trigun Maya (those who are limited to the worship of Rajgun-Brahma Ji, Satgun-Vishnu Ji, Tamgun-Shiv Ji and the short-lived happiness obtained from these), such low men with demoniac nature, evil-doers and fools, do not worship me.

In Bhagavad Gita Adhyay 7 Shlok 20, it has been said that because of those material desires, those whose wisdom has been stolen away, they, inspired by their inherent nature, relying on the rule endowed with darkness of ignorance, worship other gods.

In Bhagavad Gita Adhyay 7 Shlok 21, it has been said that the form of whichever god, a devotee wants to worship, I make that devotee’s faith firm in that particular god.

In Bhagavad Gita Adhyay 7 Shlok 22, it is said that endowed with that faith, he worships that god and obtains the objects of his desire from that god, ordained by me alone. Like, a chief minister says that the lower officials are my servants only. I have given them some powers. The benefit which, those who are dependent on these (officials) receive, is also given by me only, but is not a complete benefit.

It is mentioned in Bhagavad Gita Adhyay 7 Shlok 23 that, but that fruit attained by those slowwitted men is perishable. The worshippers of gods go to gods. (Madbhakt) Matavlambi, the bhakts who do bhakti according to the methods of bhakti mentioned in the Vedas, also attain me i.e. nobody is out of Kaal’s trap.

Important: - In Adhyay 7 Shlok 20 to 23, it has been said that whatever worship, of whichever pitra, ghost, gods-goddesses etc, they perform by nature, I (Brahm-Kaal) only make those slow-witted people (bhakts) attracted towards that particular god. Whatever benefits those ignorant devotees obtain from the gods, I (Kaal) only have given some powers to those gods. On that basis only, the worshippers of gods will go to gods. But that way of worship of those foolish worshippers will soon take them to the 84 lakh births of various life forms, and those who worship me (Kaal), they go to Tapatshila, and then to my Mahaswarg/Great Heaven (Brahmlok), and thereafter will remain in the cycle of birth-death; will not attain liberation.

The purport is that God Brahm’s worship is more beneficial than that of god-goddesses and Brahma, Vishnu, Shiv and Mother Durga. Although the duration of stay in heaven of a devotee, who has gone to MahaSwarg (Great Heaven), can also be upto one Mahakalp (a great age), but after experiencing the pleasures of the virtuous deeds in the Great Heaven, the sufferings in hell and in the lives of other living beings will continue. There is no complete salvation i.e. there is no freedom from Kaal’s trap.

In Holy Gita and Holy Vedas, the worship of other gods, worship of Pitras (to carry out shraadhs) and worship of ghosts (to pick up ashes, to offer pind, to worship memorial structures/statues) has been forbidden. 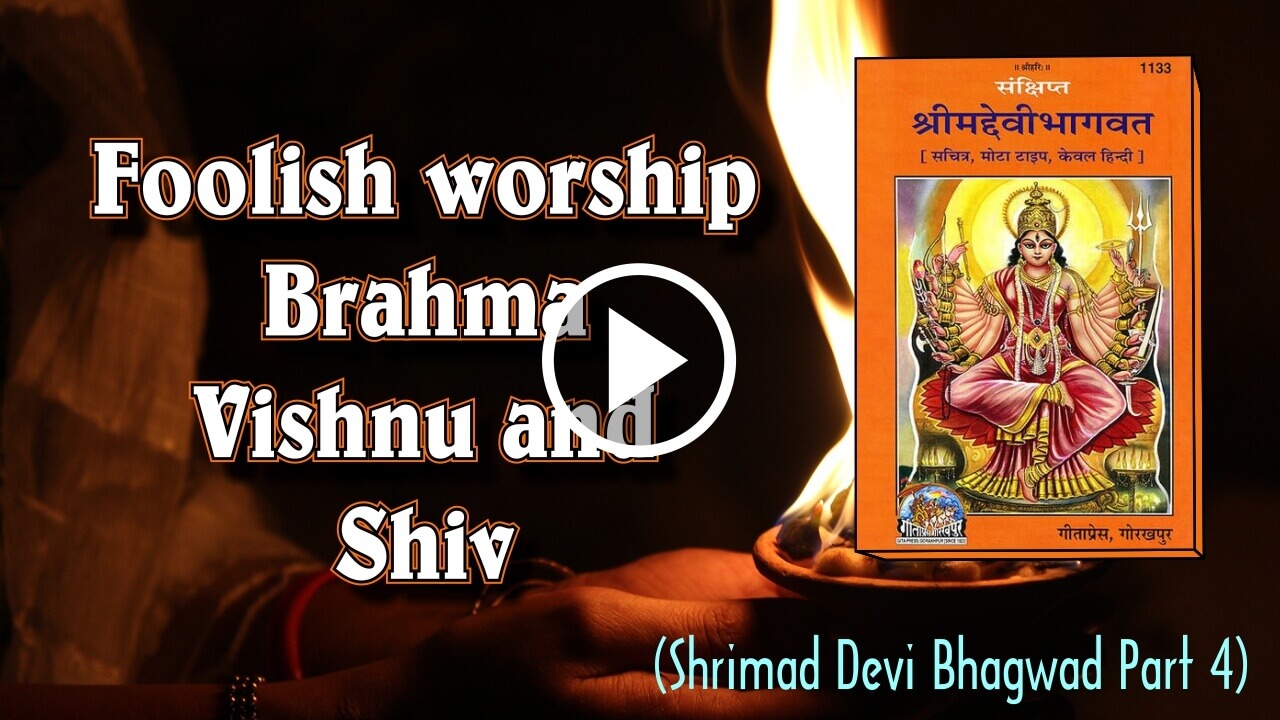 ← Rajgun Brahma, Satgun Vishnu & Tamgun Shiv, do not let a Living Being Get Liberated       The Result of Worship According to the Four Holy Vedas is Only Attainment of Heaven-Great Heaven, Not Salvation →