God is supposed to be Kind, not Unkind. Who is that Kind God? 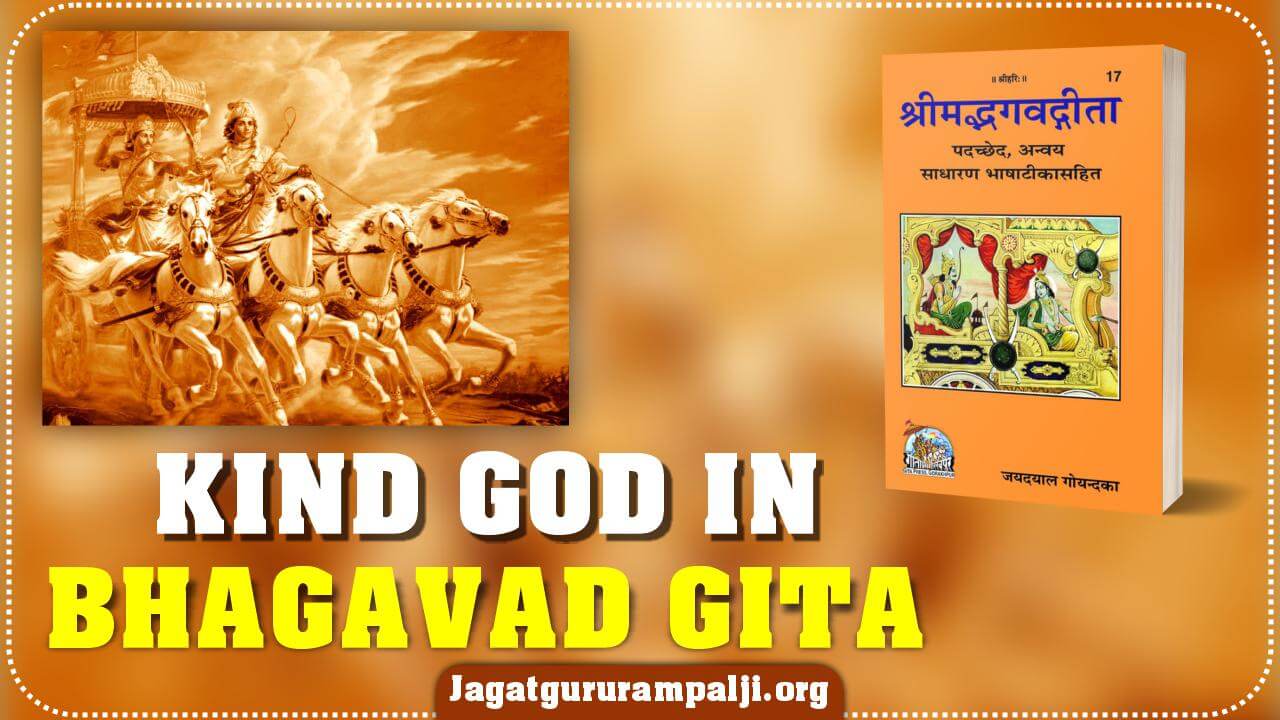 Vedas describe God as the one who is the giver of Supreme Peace. He who can destroy all the sins and gives happiness is described as the True Supreme God.

Ushigasi = Giver of complete happiness, Kaviranghariasi = God Kavir (Kabir) is the enemy of sins, Bambhariasi = enemy of bondage i.e. He is Bandichhor.

In Gita Adhyay 5 Shlok 29, the narrator of Gita, Brahm-Kaal is saying that those ignorant people who are dependant on my sadhna, considering me to be the Master of all and the all-happiness-giving God, they attain the inferior, temporary peace obtained from my worship. As a result of which they remain devoid of the peace obtained after attaining the Purna Parmatma i.e. they are not completely liberated. Their peace ends and they experience various kinds of sufferings. Therefore in Gita Adhyay 18 Shlok 62, it is said that if you want complete peace, Arjun, then go in the refuge of that God, by whose grace alone you will attain supreme peace and the eternal place. Its evidence is also in Gita Adhyay 7 Shlok 18.

Important: Because Kaal (Brahm) God is the master of the gods (Brahma – Vishnu – Mahesh) of the three loks and the loks of the twenty-one brahmands, he is the God of the gods. Therefore he is called Maheshwar. Because of ignorance, foolish people are trying to obtain peace by considering this Kaal God as kind and loving.

For example a butcher provides his animals with fodder and water, and protects them from heat and cold by providing them a shelter. Due to this those animals consider the butcher as kind and loving, but in reality that butcher is their enemy. He is going to cut all of them, kill them, and realize his selfish motive.

Likewise, Kaal God appears to be kind but consumes all the living beings. Hence, it is said that their peace ends i.e they experience great suffering.

Essential consideration: He, who makes one a dog, makes one a donkey, who cuts off ones leg (because here all devout souls believe that everything happens by grace of God. Even a leaf does not move without His order), who eats everyone, and by scaring a warrior like Arjun, who causes war and then the results of the sins committed in the war – Yudhishthir having nightmares, then to tell through Krishna Ji that you should perform yagya because the sins committed by you in the war are giving you distress. Then making them do tap/austerity in Himalaya and mortify their bodies, and then putting them in hell cannot be called a happiness giving god . Now the readers may themselves contemplate.

The compassionate God is Kabir Sahib Ji, who is the Master of Satlok. He is the ocean of happiness. No soul is distressed in Satlok and here (in this Kaal lok) also, if any devout soul wants to be happy, then he should worship that Supreme Father God (Param Pita Parmatma), Purna Brahm, the Eternal God, God Kabir, and should remain in His refuge throughout life.

Previous << Worship of Brahma, Vishnu & Shiv has been said to be Futile in Bhagavad Gita   ||