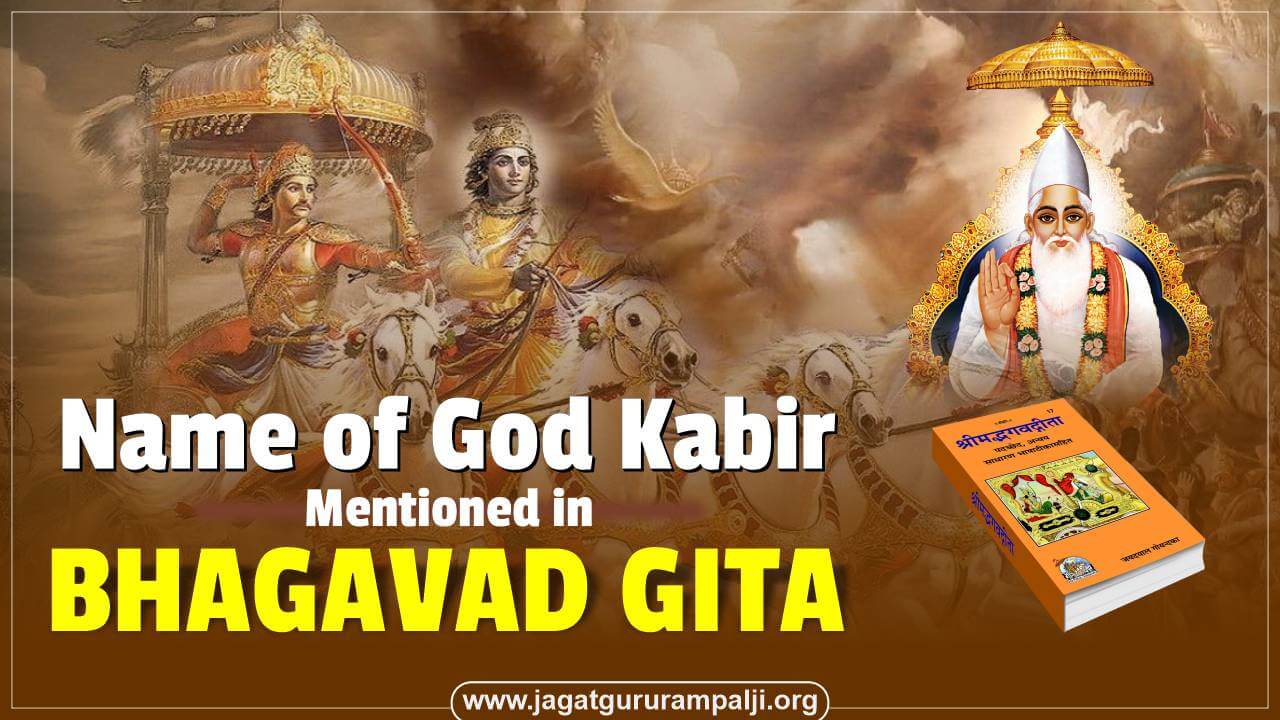 It has been said in Gita Adhyay 8 Shlok 13 that for my, Brahm’s, worship, there is only one syllable ‘Om’ which has to be uttered for doing recitation. A worshipper who does recitation unto the last breath, he attains the ultimate state. (Important: God, the giver of the knowledge of Gita, has called his ultimate state as Ati Anuttam i.e. very bad in Gita Adhyay 7 Shlok 18.)

It has been stated in Gita Adhyay 17 Shlok 23 that for the attainment of the Supreme God, there is direction of the recitation of only three mantras, Om Tat' Sat'. (Amongst which, Om is the jaap of Brahm, Tat is coded and is jaap of ParBrahm, and Sat, this is also coded and is the jaap of Purna Brahm.) Only a Tattavdarshi Saint knows the Tattavgyan of that Supreme God; obtain it from him. I (Kshar Purush, the giver of the knowledge of Gita) do not know.

In Gita Adhyay 8 Shlok 6 it has been said that this is a rule that remembering whichever God a worshipper gives up his body at the time of death, he goes to that only.

In Gita Adhyay 8 Shlok 5 to 7, it has been said that he who, at the time of death, gives up his body while remembering me, he remains engrossed in my (Brahm) nature. Then whenever that worshipper attains a human life, he begins his sadhna from Brahm only. He acquires the same kind of nature. (Its evidence is also in Gita Adhyay 16, 17 that whatever sadhna a worshipper has done in the previous birth, he by nature does the same sort of sadhna in the next birth.)

It has been stated in Gita Adhyay 8 Shlok 7 that remember me at all times and also fight. You will undoubtedly come to me.

It has been clarified in Gita Adhyay 8 Shlok 8 to 10 that a worshipper who does recitation of the naam of Supreme God with undivided attention, he, who constantly thinks of Him alone, (Param divyam Purush yaati) goes to that Param Divya Purush i.e. Supreme God (Purna Brahm).

A worshipper, who remembers the Eternal, Controller of all, Subtler than the subtlest, the Sustainer of all, Self-effulgent like the sun i.e. possessing a bright body, beyond the darkness of ignorance, (Kavim) KavirDev (God Kabir) Sachchidanandghan Supreme God.

That worshipper, who is endowed with bhakti, by the power (the earnings of naam jaap) of the sadhan of the recitation of three mantras, while leaving the body at the time of death, reaching Trikuti, while doing the recitation of Saarnaam by practice, goes to that divine form i.e. bright, visible (Param Purush) Supreme God only.

Shrimad Bhagavad Gita only talks about "Om" and "Om Tat Sat" mantras. No where in Bhagavad Gita there is any mention of arbitrary naams like 'Ram', 'Hari Om' 'Hare Krishna' etc. These are self made creations of unknowledgeable Saints and Gurus and therefore useless. Here "Om" is a straightforward mantra but "Tat" and "Sat" are coded mantras.