Is the Speaker of Shrimad Bhagavad Gita Supreme God? 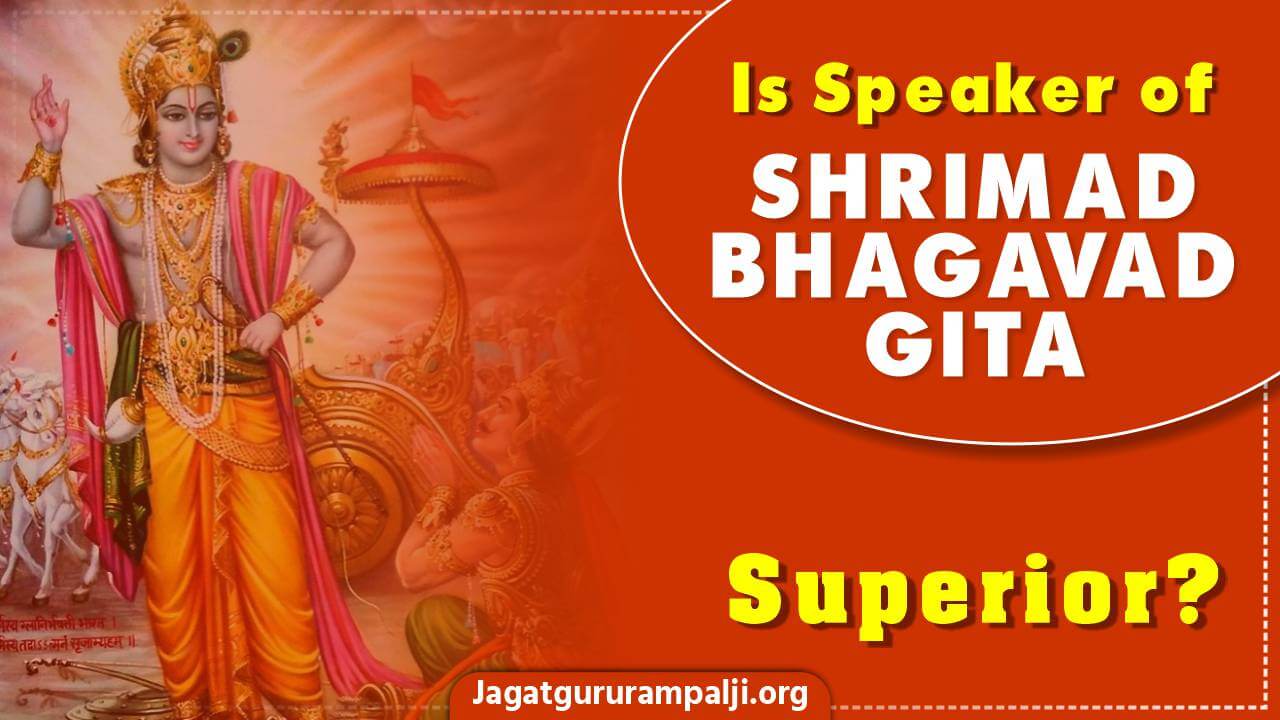 In Shlok 16, it is said that there are two Gods in the Lok made up of the element of Earth (the twenty-one brahmands of Brahm and the seven sankh brahmands of ParBrahm because of being formed of the element of earth, are also called as one lok). One is Kshar Purush i.e. Brahm. Second is Akshar Purush i.e. ParBrahm. The material bodies of all the living beings under these two Gods and of these two Gods are perishable and the soul is said to be imperishable.

In Shlok 17, it is said that in reality, Purushottam i.e. the Almighty Supreme God is someone else other than these two, who is called God ; who entering into the three loks, sustains and protects everyone. He is actually called the Eternal Supreme God.

In Adhyay 15 only in Shlok 18, the giver of the knowledge of Gita (Kshar Purush / Brahm), describing his state, is saying that I am called Purushottam on the basis of Lokved (folklore), because I am superior to all the living beings who are under me in my twentyone brahmands, whether they are perishable in material bodies or are imperishable in soul form. Therefore on the basis of lokved (folklore), I am famous as Purushottam. In reality, Purushottam is some other Supreme God who is mentioned in Gita Adhyay 15 Shlok 17.

← Can one attain Peace by doing Meditation & keeping Fasts       Is Brahm (Speaker of Gita) Free from Birth & Death? →