Worship of Brahma, Vishnu & Shiv has been said to be Futile in Bhagavad Gita 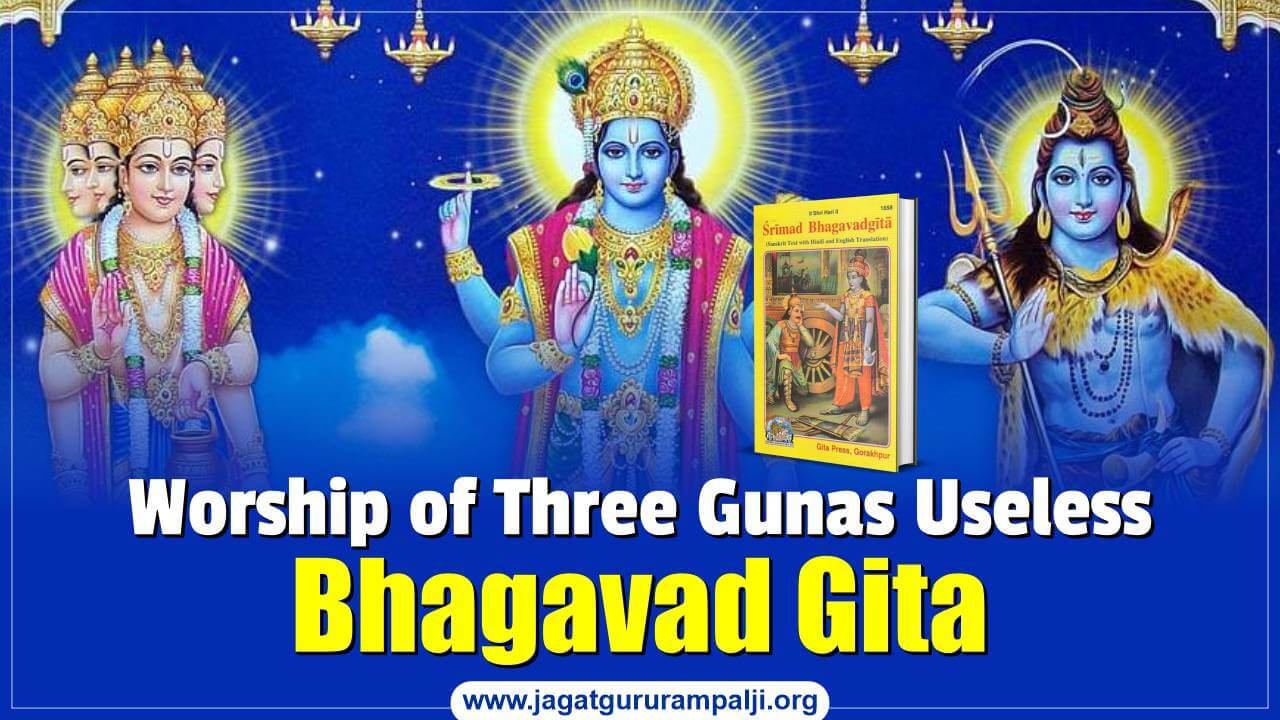 The Worship of the Three Gods Rajgun Shri Brahma Ji, Satgun Shri Vishnu Ji and Tamgun Shri Shiv Ji has been said to be Futile

This same God, the giver of the knowledge of Gita, (in Shrimad Bhagavad Gita Adhyay 7 Shlok 12 to 15) is saying that the knowledge of those who worship the three gunas (Rajgun-Brahma, Satgun-Vishnu and Tamgun-Shiv) has been stolen away; they do not even do my worship, which is above these.

Those who do worship upto the three gods (Brahma, Vishnu and Shiv), they, equipped with demoniac nature, the lowest among men, the evil-doers, fools, do not even worship me, Brahm, who is above these three.

God, the giver of the knowledge of Shrimad bhagwat Gita, in Adhyay 7 Shlok 18, has even called his bhakti as Anuttam (inferior/ bad).

Therefore, in Adhyay 15 Shlok 4 and Adhyay 18 Shlok 62 and 66 has said to go in the refuge of some other Supreme God.

When the knowledge of Gita Ji was being said, prior to that, neither were the eighteen Purans present, nor were the eleven Upnishads or the six Shastras (sacred texts). These books have been composed later by the Rishis based on their experiences. At that time, the four Holy Vedas were the only certified scriptures, and the summary of those four Holy Vedas is mentioned in Holy Gita Ji.

← Indication of the Origin of Brahm (Kaal), the Giver of the Knowledge of Gita       God is supposed to be Kind, not Unkind. Who is that Kind God? →