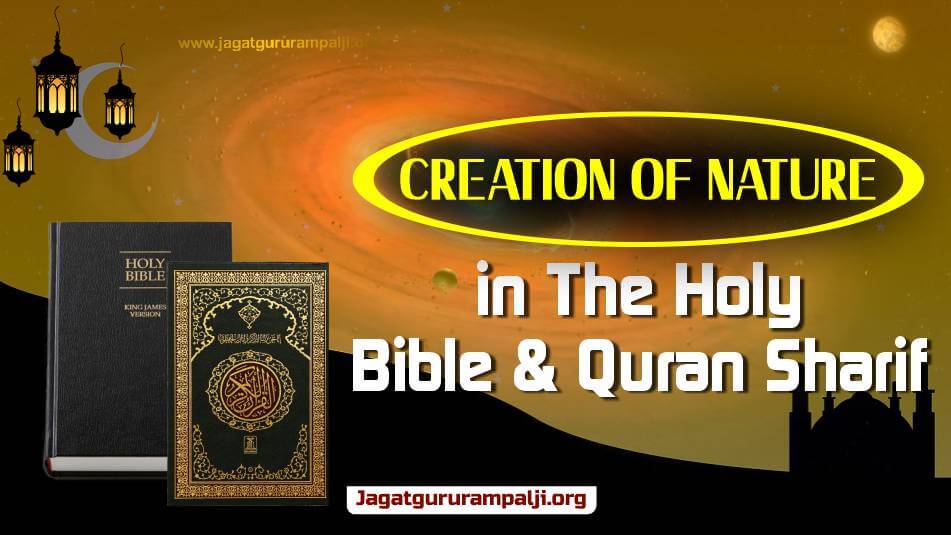 Its evidence is also present in Holy Bible and Holy Quran Sharif. In Quran Sharif, there is also knowledge of Holy Bible; therefore, these two scriptures have together proved that who is the Creator of universe and what is He like, and what is His real name?

After creating the other living beings, 26. Then God said, “Let us make man in our own image, in our likeness, who will rule over all the creatures.

29. God has given human beings, every seed-bearing plant on the face of the whole earth and every tree that has fruit with seed in it, as food. (He has not allowed them to eat meat.)

Translation: Prophet Muhammad’s God is saying that Oh Prophet! Do not listen to the kafir (disbelievers, who instead of worshipping one God, worship other gods–goddesses and idols etc) because those people do not consider Kabir as the Supreme God. You may remain firm on the basis of the knowledge of Quran given by me that, Kabir only is the Supreme God, and may struggle (Do Not Fight) i.e. remain rigid for Allah Kabir.

Translation: The God whom Prophet Muhammad regards as his God, that Allah (God) is referring to some other Supreme God; that Oh Prophet! Have faith in that God Kabir, who met you in the form of a Jinda Saint. He is never going to die i.e. He is eternal in reality. And celebrate His sacred glory with praise, that Kabir Allah (God Kabir/ KavirDev) is worthy of being worshipped and is the destroyer of all the sins of His worshippers.

Translation: The God, who is narrating Quran Sharif, is telling Prophet Muhammad that, He is the same God Kabir, who created the entire nature, whatever is between the Earth and Sky in six days, and on the seventh day, sat on the throne in His Eternal Place (Satlok), above. Ask a (Baakhabar – one who is fully acquainted with Him) Tattavdarshi Saint for the information about Him. To know about the real knowledge of that Supreme God and how one can attain Him, ask a Tattavdarshi Saint (Baakhabar); I do not know.

The Holy Scriptures of both the above-mentioned religions (Christianity and Islam) have also jointly proved that the Creator of the entire nature, the Destroyer of all sins, the Almighty, Eternal God is in visible human-like form and resides in Satlok. His name is Kabir, and is also called 'Allahu Akbiru'.

Video About God is in Human Form in the Holy Bible 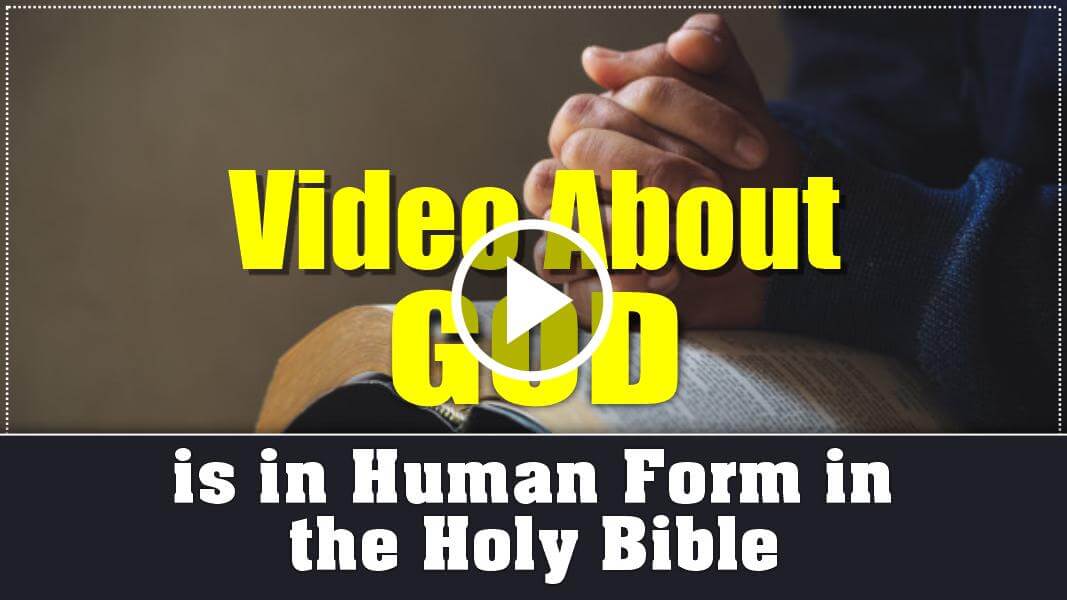 Respected Dharam Das Ji asked worshippable God Kabir that Oh Almighty! To date, no one ever gave this Tatvgyan (true spiritual knowledge). Even the connoisseurs of the Vedas did not tell anything. It proves that the four Holy Vedas and the four Holy Kateb (Quran Sharif etc) are fallacious. Supreme God said: -

It means that the four Vedas (Rigved - Atharvaved - Yajurved - Samved) and the four Holy Kateb (Quran Sharif - Jabur - Tauraat - Angel) are not wrong. But those who could not comprehend them are ignorant.