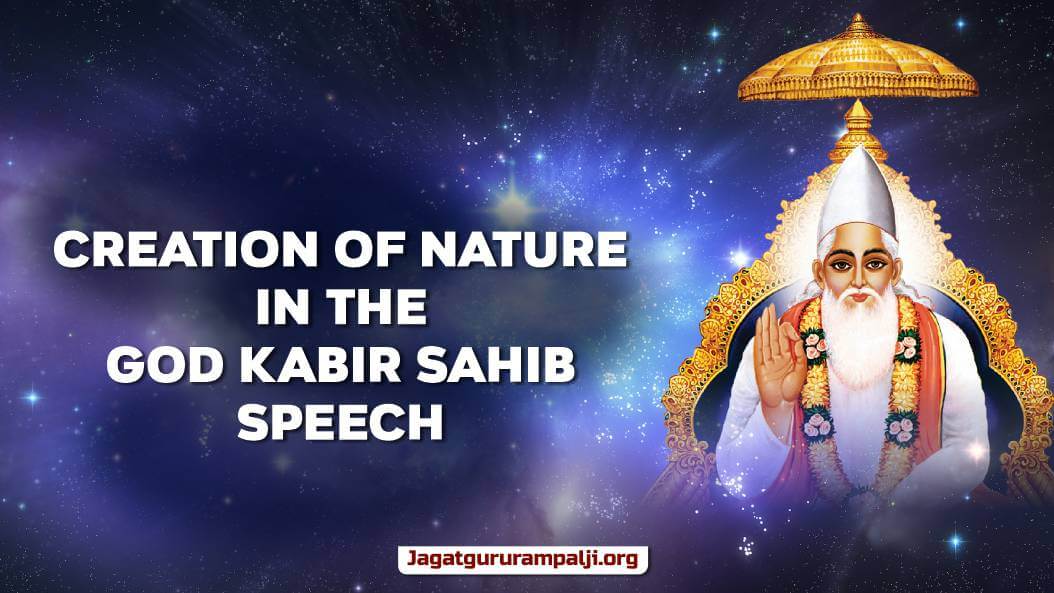 Important: - The following sacred speech was delivered by the most worshippable Supreme God Kabir Ji (KavirDev) between year 1403 {when Venerable KavirDev (Supreme God Kabir) turned five in His divine body} and year 1518 {when KavirDev (Supreme God Kabir) went to Satlok with His body from Maghar place}, approximately 600 years ago, to His personal servant (Das-devotee) Respected Dharamdas Ji, and Dhani Dharmdas Ji had written it. But the ignorant gurus (quacks) of the holy Hindus and holy Muslims of that time said, "This weaver (Dhaanak) Kabir is a liar. The names of the mother-father of Shri Brahma Ji, Shri Vishnu Ji and Shri Shiv Ji are not given in any of the true scriptures. These three gods are immortal; they do not have birth and death. Nor is there any evidence of God Kabir in Holy Vedas and Holy Quran Sharif etc and it is written that God is formless. We read it daily." The innocent souls believed those cunning gurus, thinking that they must be definitely telling the truth, because this weaver Kabir is illiterate and our gurujis are literate.

Today the same truth is coming into light and the true Holy Scriptures of all the religions are its proof. This proves that the Supreme God, the Creator of the whole universe, the Master of the lineage and the Omniscient God, is Kavir Dev (Kabir Parmeshwar) only, who appeared on a lotus flower in a pond named Lahar Tara in Kaashi (Banaras) city. He wore a lesser bright human- like body over His real effulgent body and lived for 120 years, and after giving the authentic (real–Tattav) knowledge about the nature created by Him, went back to Satlok with His body.

In the aforesaid sacred speech, Supreme God Kabir Ji is saying to His personal disciple, Shri Dharmdas Ji that Dharmdas, this whole world is perplexed because of lack of the Tatvgyan (true spiritual knowledge). No one is aware of the true path of complete salvation or has the complete knowledge of the creation of nature. Therefore, let me tell you the true story of the nature created by me. The wise men will understand quickly. But, those who will not accept it even after seeing all the evidence are ignorant and are influenced by Kaal's force; they are not worthy of doing bhakti (devotion). Now I will tell you how were the three gods (Brahma Ji, Vishnu Ji and Shiv Ji) born? Their mother is Ashtangi (Durga) and father is Jyoti Niranjan (Brahm-Kaal). At first, Brahm was born from an egg. Then, Durga was created. On getting attracted towards Durga's looks, Kaal (Brahm) misbehaved with her. Durga (Prakrit) then took refuge in his stomach. I went there, where Jyoti Niranjan Kaal was present. I took out Bhavani (Durga) from Brahm's stomach and sent them 16 sankh (One Hundred Quadrillion) Kos ( one Kos = 3 k.m.) away along with the 21 brahmands. Jyoti Niranjan did intercourse with Prakriti Devi (Durga). From their union, the three gunas [Shri Brahma Ji, Shri Vishnu Ji and Shri Shiv Ji] were born. All the living beings are held in Kaal's trap because of worshipping these three Gunas only (Rajgun - Brahma Ji, Satgun - Vishnu Ji, and Tamgun - Shiv Ji). How can they achieve complete salvation unless they get the real Mantra? 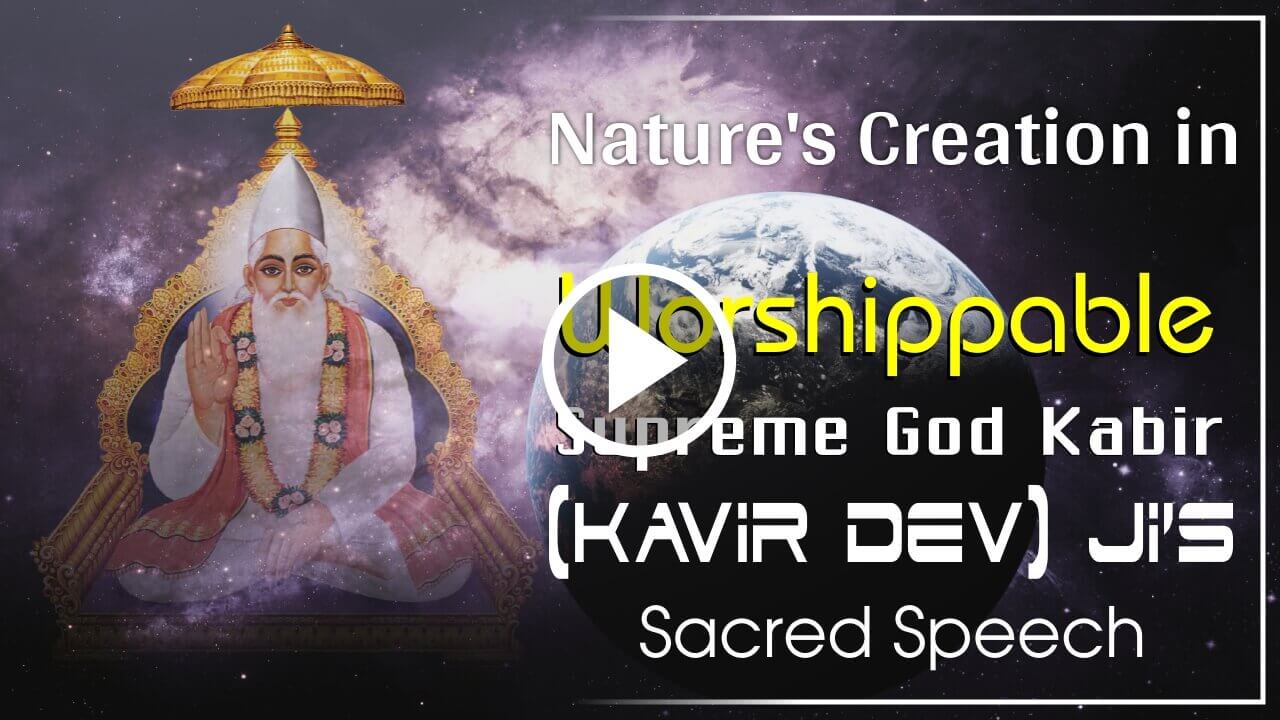 Important: Dear readers, please think that the unknowledgeable saints described the state of Shri Brahma Ji, Shri Vishnu Ji and Shri Shiv Ji as eternal. The entire Hindu society to-date kept considering these three gods to be changeless, eternal and free from birth death; whereas, these three are perishable. Their father is Kaal form Brahm and mother is Durga (Prakriti/Ashtangi) as you have read in the previous evidence. This knowledge is also present in our scriptures, but the unknowledgeable gurus, rishis and saints of the Hindu society do not have knowledge. A teacher, who is not even acquainted with the syllabus, is not right (is not learned); he is the enemy of the future of the students. Similarly, the gurus (spiritual leaders) who uptil now did not even know that who the mother-father of Shri Brahma, Shri Vishnu and Shri Shiv Ji are, those gurus, rishis, and saints are unknowledgeable. Because of which, by narrating knowledge opposite to the scriptures (lokved i.e. baseless stories), filled the entire devotee community with ignorance. By making them do worship opposite to the injunctions of the scriptures, kept them devoid of the real benefit (complete salvation) of the Supreme God and ruined everyone's human birth because this only is evident in Shrimad bhagwat Gita Adhyay 16 Shlok 23, 24 that he who, abandoning the injunctions of the scriptures, follows arbitrary way of worship, he does not obtain any benefit. Since 1403 only, Supreme God Kabir Ji had started telling the knowledge of all the scriptures in His sacred speech (Kavir Vaani/Speech). But those unknowledgeable gurus did not let this knowledge go to the devotee society, which is now coming out. It has been proved from this that Supreme God KavirDev (God Kabir) had Himself come in the form of a Tatvdarshi Saint (Satguru).