Truth About Establishment of Kedarnath Temple 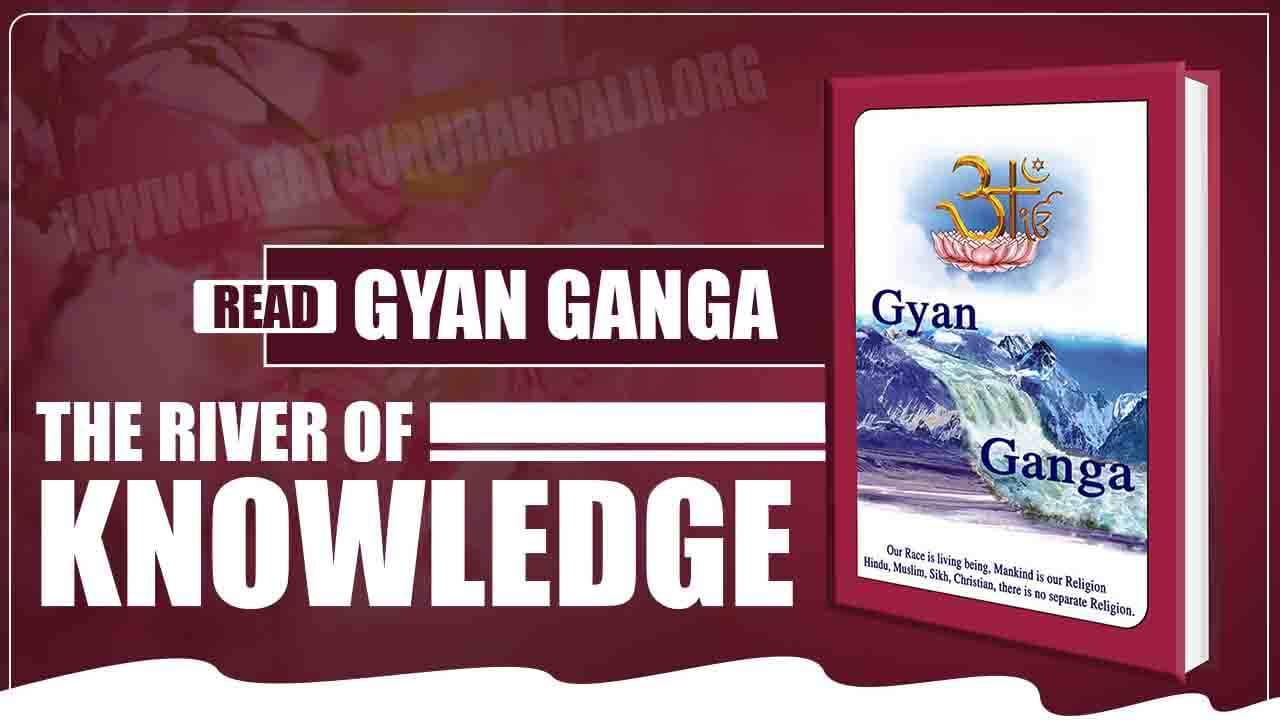 Kedarnath as a Pilgrimage site : It is one of the hallowed places in north India, Kedarnath is situated in Uttrakhand. It is located at an altitude of 3,584m above sea level, near the head of river Mandakini. Like the other sites, Kedarnath closes on the first day of the Hindu month of Kartik (October-November) and reopens in Vaishakh (April-May) every year from May to June and September to October and these are considered the best months to visit Kedarnath. The path leads to the temple is highly dangerous during peak monsoon season as landslides and floods are very common during this time of the year.

Kedarnath has been a pilgrimage site since Dwapar Yuga. Kedarnath temple is dedicated to Lord Shiva and a visit to the Kedarnath temple is an enthralling experience for Shiva devotees. A mythological incident ascribes the temple's construction to the legendary Pandava brothers. The readers will also read that there is no benefit according to the scriptures from the worship of lord Shiva and pilgrimage of Kedarnath.

It is stated that the Pandavas sought Lord Shiva to relieve them from the guilt of killing their blood relatives.

However, Sadashiva (The father of Brahma, Vishnu and Shiva) disguised himself as a milch buffalo to roam in the Himalayas. On being found by the Pandavas, Sadashiva dove underground. When Bhim ran to catch him for the purpose of getting milk.  Bhim firmly held the back of the buffalo but the buffalo began to penetrate the earth. Bhim had only managed to get hold of its hump. Other body parts of buffalo showed up at different places. The hump of the buffalo was found in Kedarnath, the navel emerged in Madhya-Maheshwar, two forelegs appeared in Tungnath, the face in Rudranath, and the hair in Kalpeshwar. These are collectively called the Panch Kedar - the five sacred places. The literal meaning of Kedar is swamp.

Seven such Kedars are made in the Himalayas. The head of the buffalo came out in Kathmandu, which was called Pashupati. A temple was built over every part. All these temples were made to prove that the mythological event was true. Though these temples are witnesses to some or the other tales, still the purpose of pilgrimage remains meaningless. About a hundred years ago, due to excessive rainfall in Kedarnath, the swamp became more. Neither anyone had gone to see that place nor any puja-aarti was performed there for nearly sixty (60) years. However, thirty to forty years later, visitors have started going there to worship.

Kedarnath as A Tourist Place

It is one of the holiest pilgrimage in North India, Kedarnath is situated in Uttrakhand. It is located at an altitude of 3,584m above sea level, near the head of river Mandakini. A trip to Kedarnath is an exhilarating experience. Like the other sites, Kedarnath closes on the first day of the Hindu month of Kartik (October-November) and reopens in Vaishakh (April-May) every year. May to June and September to October are considered the best months to visit Kedarnath. The path leading to the temple gets highly dangerous during peak monsoon as landslides and floods are very common during this time of the year. Kedarnath's opening date in 2021 is 17 May 2021 (Expected).

On June 17, 2013,  a flash flood came down upon the overflowing banks of the Chorabari lake in Uttarakhand. It carried dirt and stones in abundance and destroyed life, houses, and everything that came on its way. Millions of people who went to worship at the Kedarnath temple were swept away by the flood. Thousands of people were killed due to blind devotional faith. Thousands of family members died due to the flood in Kedarnath. The truth is Shiva can not save his devotees from the mouth of death , he has no power to increase their life or to safeguard them from any calamity. He is overruled by the powers of Sadashiva (Kaal Brahm) who is father of Brahma, Vishnu and Shiva. And this way of worship is not described in the Holy Gita ji, But those who died while doing such devotion against scriptures, their life have ruined and this is an exhilarating example of arbitrary worship. Devotees must know about Sadashiva and three Gods

Shiva is the Youngest Son of Sadashiva

In ShivPuran it is written (page 86) ‘we have heard that God Sadashiv (Jyoti Niranjan/ Kaal Brahm) quickly gets pleased. He is benevolent. Lord Brahma, Lord Vishnu, and Lord Mahesh these three gods have originated from Sadashiva’s part’.

Is Lord Shiva Immortal and Formless?

Hindu devotees believe that Lord Shiva is immortal and God is formless. Let us analize a few more enduring questions which devotees want to know.

What is the Age of Lord Shiva?

Above mentioned evidence proves that Tridevs ( Brahma, Vishnu & Shiva) are in the cycle of birth and rebirth also Sadashiv (Brahm-Kaal) and Goddess Durga (Gita Adhyay 4 Shlok 5 to 9). Hence it is a wrong belief that Lord Shiva is immortal. Yes, Lord Shiva dies. Lord Shiva is in form as well. Lord Shiva is equipped with Tamogun, he performs the task of destroying living beings thus preparing food for his father Sadashiv/Brahm - Kaal.

Upon completing their tenure these Triloki Gods Lord Brahma, Lord Vishnu, and Lord Shiva also dies. Since like all human beings these Gods are also bind in deeds (Gita Adhyay 4 Shlok 16-22)

Are Shiva, Shankar, Mahesh, and Rudra the Same?

Ref:- ShivMahapuran, Sankshipt Shivpuran, Adhyay 9, Rudra Samhita page 99-110, spiritual knowledge given by Lord Brahma basis what was provided by Param Akshar Brahm (KavirDev) in Satsukrat incarnation to him during Satyug and his personal experience.

Shri Maheshwar Ji said “I am the creator, preserver, and destroy, I bear qualities and is free from all attributes and Sacchidanand form Almighty ParBrahm Paramatma (God). Vishnu! creation, protection and holocaust form and according to the distinguished actions I hold the form of Brahma, Vishnu, and Rudra and is divided into three Gunas (qualities).

Brahman! My similar absolute divine form would appear from your body in this world who will be called ‘Rudra’.

‘I, you, Brahma and Rudra who would appear, they are all one-form. Brahaman! Because of this reason you should do this. You be the creator, Shree Hari will preserve and Rudra who will be created from my part and will appear will be the destroyer. This famous with the name ‘Uma’ is the ‘Parmeshwari Prakriti Devi’, her shakti form ‘Vagyadevi’ only will take Brahma Ji. Later from this Prakriti Devi the second shakti who will appear will be the Laxmi form and will take shelter of Vishnu. Afterward, again with the name ‘Kali’ the third shakti who will appear, she definitely will be obtained to my part ie. RudraDev’.

The above-mentioned description from holy Shiv Puran proves that Shiv, Shankar, Mahesh, and Rudra are one and the same.

What is the True Mantra of Lord Shiva (Shankar) Ji?

Lord Shiva along with Goddess Parvati resides in the heart ‘Hriday Kamal’ in every human being. He has a specific mantra that was given to him by Almighty Kavirdev. Due to the absence of a True Guru and lack of true spiritual knowledge earlier sages remained ignorant and followed arbitrary worship which did not provide them any benefit. They remained ignorant of the true mantra of Shankar Ji and continued practicing on their own as a result, remained in the trap of Brahm-Kaal.

Let us understand with example what happens to the worshipers of Tamogun Shankar Ji, son of God Sadashiv.

Ravana was a learned ruler in Treta Yuga. He worshipped Tamogun God Shankar. Currently, no one can do worship like Ravana. He chopped off his head and offered it to Shankar Ji. As he did, God granted him a similar reward. But foolishness did not go. He was called a devil because of the heinous sin he did. He brought his own mother, Sita, who was the wife of the elder brother of God Shankar ie. Lord Vishnu’s wife goddess Laxmi who had incarnated as Sita and was the wife of Lord Ramachandra. Ravana tried to make Sita his wife. A fierce battle was fought as mentioned in Ramayana. Ravana died a dog’s death and was called a monster. He did not attain salvation by worshipping Tamogun Shankar Ji.

Today, Jagatguru Tatvadarshi Sant Rampaj Ji Maharaj is the only Enlightened Saint who provides scriptures based worship, the true mantra of Shankar Ji, also of all other gods who govern respective channels in our body. This is the request to all, take Naam Diksha (initiation) from Saint Rampal Ji Maharaj. Take the true mantra of Lord Brahma, Lord Vishnu, Lord Shiva, Lord Ganesha and even the true mantra of God Sadashiv, goddess Durga and become worthy of attaining salvation.