The Punishment of Tormenting a Saint 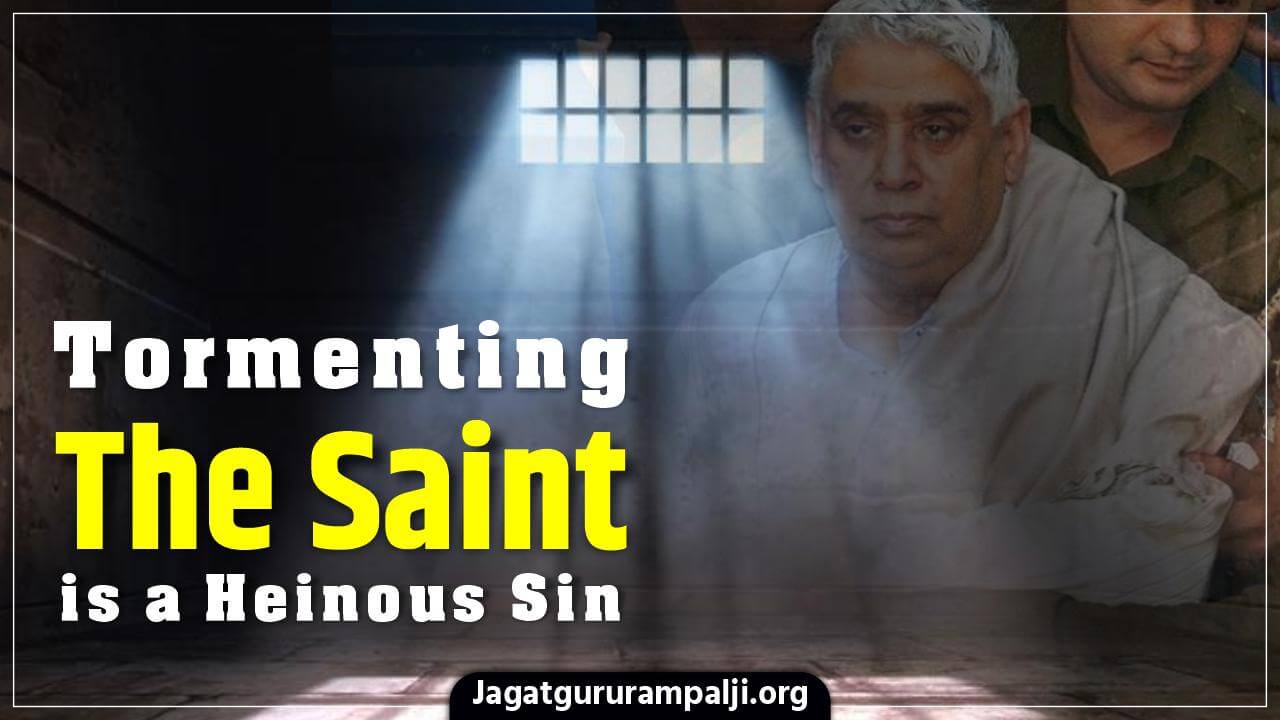 Respected Garibdas ji Maharaj was born in holy Village Chhudani, District Jhajjar in the family of Shri Balram ji Dhankad (Jaat). Supreme God Kabir who after living in Kashi for 120 years had gone to Satlok in 1518, also met you after coming from Satlok (Ritdhaam) in bodily form in 1727 A.D., and took your soul to Satlok. Subsequently considering you dead, your family members had kept your body on pyre. At that very moment, God Kabir had penetrated your soul back into your body. Thereafter, Respected Garibdas ji also started narrating the eye-witnessed glory of Most Worshippable Kabir God to everyone. Whichever distressed soul used to take initiation from you, used to become happy. Because of the disclosure of the hollowness of the incomplete knowledge of other gurus (Acharyas) in front of your growing glory and Tatvgyan, all the neighbouring gurus (Acharyas) with incomplete knowledge became extremely jealous of you. They misguided the main-main neighbouring chaudharys. As a result of which, the ordinary people of the neighbouring villages started hating the dear child of God Kabir, Respected Garibdas ji.

You had a disciple in Vajidpur village in Delhi. The entire village used to hate him too. On his request you stayed in Vajidpur for a few days. At that very time, a swarm of locusts destroyed the millet crop of the neighbouring regions. But it did not cause any damage to the crop of your disciple. All the villagers were impressed by your (Saint Garibdas ji) glory and accepting your knowledge got their welfare done.

On your orders, your devotee distributed that millet produce in the whole village, and even on repeated refusals by you (Garibdas ji), put some millet in the bullock-cart and said that you do a bhandara (Provision of common meal on the basis of religiousness) on every Purnamasi (full moon day), some charity will be done by your Das (servant) also. Keeping the devotion of the devotees, you gave your approval (Respected Garibdas ji had four boys and two girls as children and was also the owner of approximately 1300 acre land.) Sitting in that very bullock-cart, you left for Village Chhudani. On the way, when the bullock-cart reached near Village Kanounda, as conspired already the selfish gurus (aacharyas) surrounded Sant Garibdas ji. They looted the entire millet and informed Chaudhary Chhajuram Chhikkara of that village that we have captured that traitor of Hindu religion. By the order of Chaudhary Chhajuram ji, Garibdas ji was tied in the assembly room. Chaudhary Chhajuram had some legal powers from the government, which included a six months sentence, a fine of Rs 500 and to put the culprit in the kaath.

Already misguided by those ignorant contractors of religion (gurus-aacharyas), Chaudhary Chhajuram Chhikkara ji put that highly respected Garibdas ji Maharaj in kaath (putting in kaath was a type of punishment of intense imprisonment, in which two wooden rods were tied to the thighs and both hands were tied behind the back. As a result of which, a person cannot sit, and experiences severe pain and feet swell up.) The bullock-cart driver returned with an empty bullock-cart to Village Vajidpur, which was at a distance of 10 km from Village Kanounda. On getting the information, some main persons of Village Vajidpur immediately reached Kanounda, and requested Chaudhary Chhajuram ji and tried to convince him a lot that this is not an ordinary man; he is endowed with supreme power. You may ask for forgiveness. Chaudhary Chhajuram ji was a very noble soul, was very compassionate and a soft-hearted person. But those selfish and hungry-for-fame gurus (aacharyas) by telling a false story to that pious soul Shri Chhajuram Chhikkara ji had invoked a lot of hatred towards the beloved child of God, Respected Garibdas ji. Because of which Chaudhary Chhajuram ji had commenced the punishment without knowing the reason. Accepting the request of the devotees of Vajidpur, he released Respected Garibdas ji. Respected Garibdas ji Sahib ji did not say anything and came back to Village Chhudani.

A few days later, Chaudhary Chhajuram ji early morning went to the pond for relieving himself (defecation). Two horse riders cut his both hands, and instantly disappeared in front of him. Many people present at the pond witnessed this sight. He took a lot of treatment but the pain and bleeding did not stop. He kept screaming badly for many days. Then one man said, "Go to that same Saint Garibdas ji and beg for forgiveness; he is kind." The family members took that Chaudhary to Chhudani on a horse. On reaching there, Shri Chhajuram ji fell at the feet of Respected Garibdas ji and begged for forgiveness. Saint Garibdas ji blessed him and gave him naamupdesh (initiation) and asked him to do bhakti throughout his life. Chaudhary Chhajuram ji said, "Beneficent, I was overly misled regarding you. I did not know that you are Supreme God." Respected Garibdas ji said, "I am a Das sent by Supreme God Kabir (KavirDev/ God Kabir) weaver. You have been cured by His power only. I had not cursed you. You have received your fate. If you had not come here, your family was still under the effect of more sin, which now will not remain because you have taken updesh." Chaudhary Chhajuram ji made his whole family take updesh (initiation). Even today, the descendents of that same pious soul Chhajuram do customary pooja of Respected Garibdas ji. There are approximately hundreds of families which are called Chhajuwada. Because -

In the above-mentioned speech, Satguru Garibdas ji Sahib is giving evidence that Supreme God says that do not give grief to my saint. One who gives grief to my saint, consider him to be giving grief to me. When Hirnakashyap tormented my devotee Prahlad, I split open Hirnakashyap's abdomen, and I only killed Kans. And he who will torment my saint, I will finish his family line. Therefore, one incurs crores of sins on torturing a saint, as if has committed infinite murders. These ignorant people are not familiar with the constitution of God, therefore commit terrible mistakes and then incur punishment. A person who tortures a saint gets the following punishment.

If a person kills another person, then it is made equal by killing him in the next birth. But there is a very big punishment for torturing a saint which does not even end in infinite births. Satguru states in his speech that -

One who commits such a mistake, God puts him repeatedly in mother's womb in the lives of various living beings i.e. that person dies again and again soon after birth, and until the nature comes to an end, suffers in the lives of ghosts-spirits and in the womb of a mother, which is very agonising, and he is not forgiven until the saint, who has been tormented, forgives him. 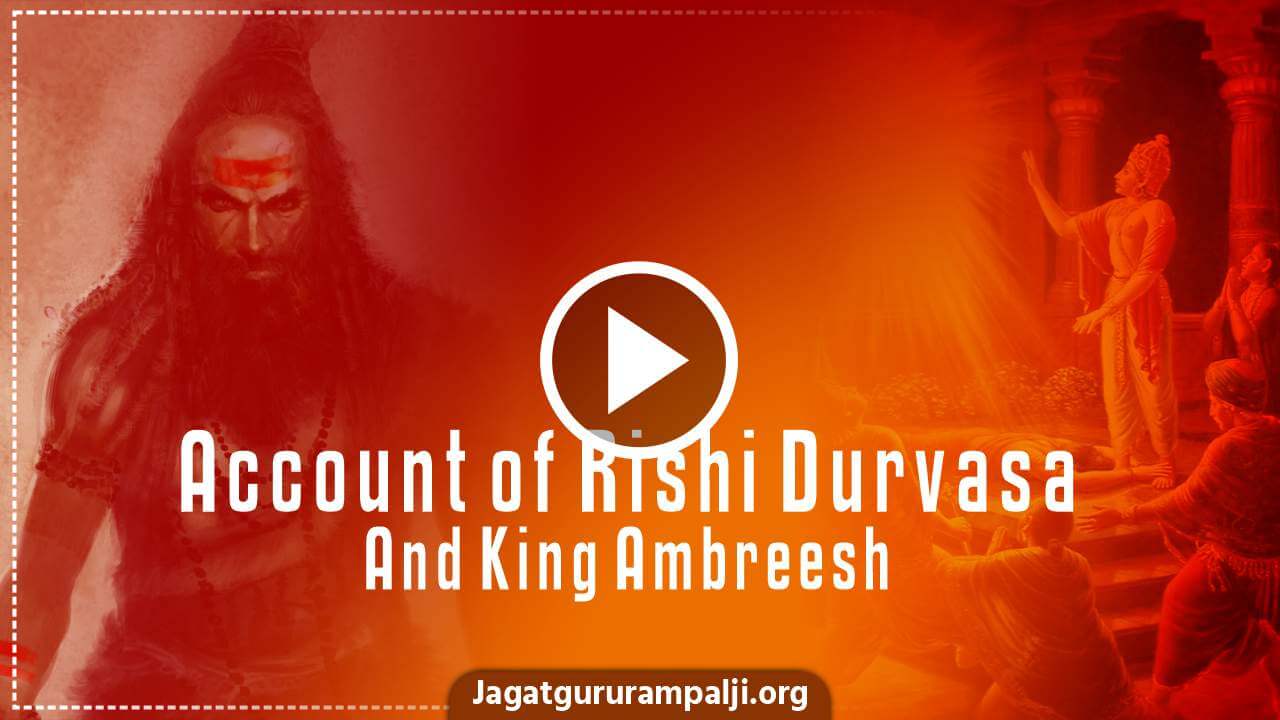 If this is the state of Rishis like Shri Durwasa, Shri Krishna ji's Guru, then how can an ordinary man be saved?