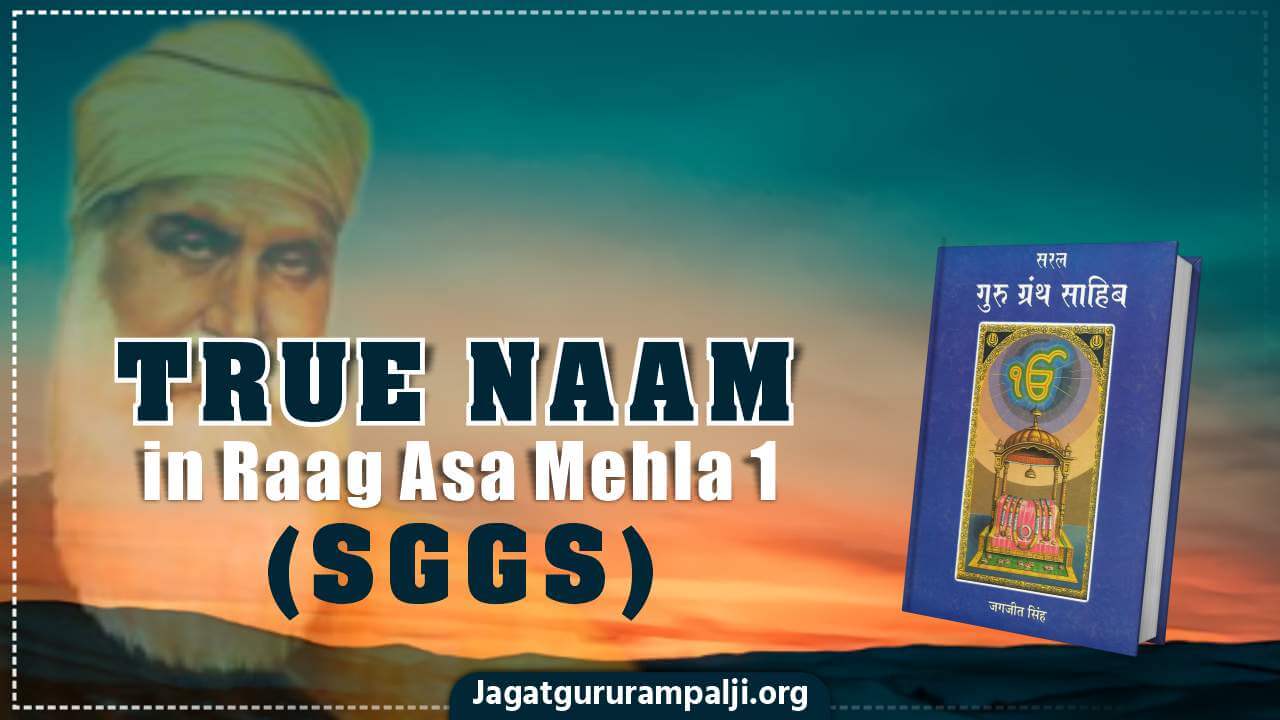 Human beings are suffering in the region of butcher Brahm-Kaal because of the biggest mistake they did in the divine land Satlok by forgetting the comfort provided by the happiness-giving God Satpurush who is the creator of infinite universes. Instead, the souls got fascinated by the tantrums of the devil Jyoti Niranjan and expressed their desire to come along with him in his twenty-one universes intending to lead a happy and prosperous life. Brahm-Kaal is a deceiver who cheated both Param Akshar Purush as well as His heart throbs ie. His children/ souls. The hypocrite and vindictive Brahm-Kaal tortured souls in 84 lakh life forms and then according to the constitution of Akaal Purush/God Kabir Saheb provided them each one human birth. The fearful Brahm-Kaal misguides innocent souls in their human birth by making them do arbitrary worship by hook or crook means instead of doing the true worship of Satpurush due to which they remain ignorant about the path to attain salvation and do not know that they can be liberated from his web by chanting true Naam ie. Satnaam and Sarnaam that is provided by an enlightened saint. Aforesaid, has been well described in the sacred speech of respected Shri Guru Nanak Dev Ji in Raag Asa, Mehla 1 on page no. 420 in pious Sri Guru Granth Sahib which makes clear that chanting two-word True Naam (Satnaam) helps the soul to land back to their native place ie. Sachkhand, the same mantra was provided to Nanak Dev Ji by his guru God Kabir Saheb.

All the souls trapped in the region of Brahm-Kaal worship demi-gods who cannot provide them happiness and cannot relieve them from the web of Satan Kaal. Butcher Brahm-Kaal has taken a vow to remain unmanifested (evidence Shrimad Bhagawat Gita chapter 7 verse 24 & 25, and chapter 9 verse 11). Also read about Kaal's Vow . He is being cursed to eat grime of one lakh subtle human bodies every day and produce 1.25 lakh every day. Shri Brahma Ji, Shri Vishnu Ji, and Shri Shiv Ji are his three sons who are equipped with three Gunas Rajas-Brahma, Sattva-Vishnu, and Tamas-Shiva who does the work of creation, preservation, and destruction in the 21 regions of Kaal ( Also read Three Gunas ). They are the Lord of only three loks viz: the earth, Heaven, and the Nether world. Their worship is useless since they are not the provider of salvation, they themselves are merely the puppets in the hands of their father Brahm-Kaal. Respected Shri Nanak Dev Ji in his sacred speech in Raag Asa, Mehla 1 on page no. 420 in pious Sri Guru Granth Sahib has provided the vivid description of the aforesaid and has glorified Satpurush, his Guru who showed him ‘Sachkhand’ and provided him true salvation mantras which made him eligible for the attainment of salvation.

This sacred speech was sung by respected Shri Nanak Dev Ji after he returned from Sachkhand by the grace of God Kabir Saheb who provided him true spiritual knowledge and made him familiar with His creation. God Kabir Saheb explained to Nanak Ji about the limited powers of Lord Brahma, Lord Vishnu, and Lord Shiva (Also read Birth of Brahma Vishnu and Shiv) and how do butcher Brahm-Kaal deceives them by keeping them ignorant about his identity and gets all his weird intentions fulfill through them, thereby, adding all sins in their account which later they have to bear in their human births after completion of their tenure of Lordship.

Shri Nanak Ji after meeting with Akaal Purush in Jinda Baba form on river Bein accepted the fact that God is in human form and resides in the ultimate abode. He is attainable by true worship, by chanting true Naam (coded mantra OM-Tat-Sat) which is provided only by a Tatvadarshi saint.

Translation: Those who have forgotten the Naam (real mantra), the Name of the Lord (Purna Paramatma), are deluded by doubt and duality (do Jaap of demi-Gods). Those who abandon the roots (Purna Paramatma) and cling to the branches (worship triple Gods-Brahma, Vishnu, Shiva), shall obtain only ashes (Grief). ||1|| My Lord and Master is the One (Satpurush); there is no other, O Siblings of Destiny. By the Grace of the True Lord (Param Akshar Purush), celestial peace is obtained (Salvation). ||3|| He (true worshipper) alone serves the Guru, whom the Lord Himself inspires to do so. O Nanak, offering his head (Obeying Satguru) one is emancipated, and honored in the Court of the Lord (attains salvation). ||8||18||

The meaning of the above-mentioned sacred speech is that Shri Nanak Ji is saying that those who, forgetting the real naam of Purna Parmatma, are doing jaap of naams of the other gods in misapprehension, they, as if, instead of the root (Purna Parmatma) are watering (worshipping) the branches (the three Gunas, Rajgun– Brahma, Satgun–Vishnu, Tamgun–Shiv Ji). No happiness can be achieved by that sadhna, which means that the plant will dry out and you will not be able to sit in its shade. The essence is that doing baseless bhakti is a useless endeavour. There is no benefit out of it. It is also evident in Holy Gita, Adhyay 16, and Shlok 23-24.

To achieve that Purna Parmatma, one has to leave ones imaginary sadhna, surrender to the Complete Gurudev and chant the true Naam/Mantra. Only then, complete liberation is possible. Otherwise, one will go to hell after death.

Brahm, Vishnu, Shiva are demi-gods. They are not the provider of salvation. Seekers who worship them merely waste their precious human birth. Similar is the case with Brahm-Kaal whose mantra is ‘OM’. Devotees chanting the ‘OM’ mantra remain in recurrence and are never liberated from the web of Brahm-Kaal. Only the true Naam (OM-TAT-SAT) about which Shri Nanak Ji is indicating in Raag Asa, Mehla 1 scripted in pious Sri Guru Granth Sahib on page no. 420 liberates the soul from the trap of Brahm-Kaal which is provided by a Tatvadarshi Sant. At present, Jagatguru Tatvadarshi Sant Rampal Ji Maharaj is the only living Satguru on earth who has the complete course for attaining emancipation. Come take refuge and get your welfare done. He is Almighty KavirDev.