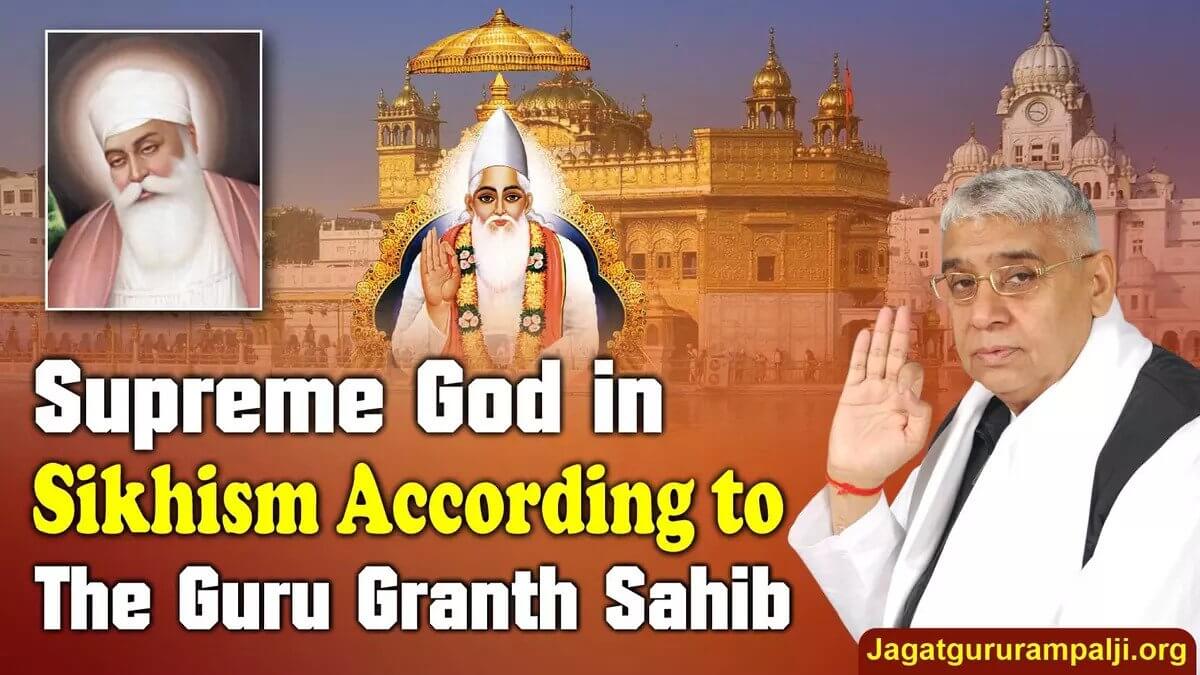 The light has come to clear the darkness about the Supreme God, the father of all souls, which we address as immortal and almighty god. The secret information about supreme God has been showcased via this article, and the information has been taken from the holy book, "Shri Guru Granth Sahib" (Sikhism). Here is a list of some important questions about Sikhism or Sikh religion, which you must know.

What is Sikhism? (Brief History & Information about Sikh Religion)

Let’s discuss about history and gain information about Sikh religion, or in other words, "What is Sikhism".

Sikhism founded in the 15th-century is one of the four major religions of the world. The main objective of Sikhism is to connect people to the true Name of God. Guru Nanak Jayanti is the most sacred festival of Sikhism and is celebrated by Sikh and other Hindu devotees from all over the world. Guru Nanak Dev described the importance of Guru and said that without a Guru we cannot attain happiness and salvation. Sikhism rejects idolatry, the caste system, ritualism, and asceticism.

Where do Sikhs Worship?

Now let us come to the question "where do Sikhs worship?"

A gurdwara; "gateway to the guru" is a place for worship, or an assembly hall where Sikhs / Raagis (who sing Ragas) recite, sing and explain, the verses from the Guru Granth Sahib, in the presence of a congregation. A Sikh must worship only the abstract form of God. The worship of images or any other object is strictly forbidden.

The Sikh faith was founded by Guru Nanak (1469-1539) and shaped by his nine successors in the sixteenth and seventeenth centuries in South Asia. All Gurus were married and had children except Guru Harkrishan Dev who died at the young age of 8.

What Text do Sikhs follow and Where did it Come From?

It is the repository of all Sikh spiritual heritages, written in Punjabi by the Gurus who led Sikhism in the early days of the religion, beginning in the late 1400s.  Its hymns are written in poetic form, called Shabads, and are sung and recited by Sikhs as the source of both guidance and inspiration for their lives.

The word Sikh is derived from a Sanskrit word meaning 'disciple', or “one who learns”. Sikhs can pray at any time and any place and aim to get up early, bathe, and then start the day by meditating on God.

How do Sikhs view God?

A sikh’s life is pursued by focusing on remembering the Creator always, earning an honest living as a householder, and sharing one’s abundance with the less fortunate. The praising of His Name is the highest of all practices. It has uplifted many a human soul. It slakes the desire of the restless mind. It imparts an all-seeing vision.

Do Sikhs Believe in God?

Sikh believes each and every person must have a Guru in their human life and that there is only One God who is supreme from all. The fundamental beliefs of Sikhism religion are articulated in the sacred scripture Guru Granth Sahib. General philosophical concepts, according to holybook are practiced such as Karma, Dharma, Maya, and Mukti. Congregational Sikh worship takes place in a Gurdwara.

In the above-mentioned sacred speech, Shri Nanak Ji is himself accepting that Sahib (God) is only one, and my Guru Ji gave updesh Naam mantra to me; He only acquires different forms i.e. He only is SatPurush; He only assumes Jinda form. He only sitting in the form of a weaver (Dhaanak) also plays the role of an ordinary person i.e.devotee.

Seeing the whole world burning in the fire of birth-death and the results of their actions because of doing pooja opposite to the scriptures, running with the fear of the life being wasted, I took refuge in Guru Ji’s feet.

Sikhism is strictly monotheistic and believes that there is only One God. Guru Nanak prefixed the numeral "IK" (ੴ), one) to the syllable Onkar to stress the idea of God's oneness.

"There is one supreme being, the eternal reality, the creator, without fear and devoid of enmity, immortal, never incarnated, self-existent, known by grace through the True Guru."

According to their general belief in divine unity; the Creator, the Preserver, and the Destroyer is one. They meditate on the name of the one creator and engage in selfless service. Sikhs imitate Guru Nanak Dev for wearing turbans and almost every Sikh preserves it as an identity of being a Sikh.

Do Sikhs believe in Heaven or Hell?

Sikhs do not believe in heaven or hell as destinations—for Sikhs, heaven can be experienced by taking initiation from Complete Spiritual Guru, by striving for justice for the benefit and prosperity of all. While the suffering and pain caused by lust, rage, greed, attachment, and ego is considered hell on earth. The main purpose of life, according to Sikhism, is to become one with God. In Sikhism, spiritual acts, honest conduct, equality of all humankind and livelihood with Absolute Truth are positive life experiences.

Why don’t Sikhs cut their Hair?

Cutting hair is forbidden for Amritdhari or Khalsa Sikhs or for those who have taken the Amrit initiation in a ceremony during the Sanchar (April 10 - May 10). They are required to keep unshorn hair. However according to the knowledge given by Sant Rampal Ji, spirituality or achieving God has no relation with keeping hair. So it is not mandatory for anyone to keep long hair. Likewise it doesn't even matter if one does keep unshorn hair.

Who is ‘Waheguru’ or God in Sikhism?

Guru Nanak dev, the founder of Sikhism had given us many clues in Guru Granth Saheb that we can attain salvation only from Real Supreme Guru / Tattavdarshi Guru. Supreme Guru plays important role in human life. The real name of God in different native languages is KavirDev (in Sanskrit language in the Vedas), Hakka Kabir (in regional language in Guru Granth Sahib on page no. 721). 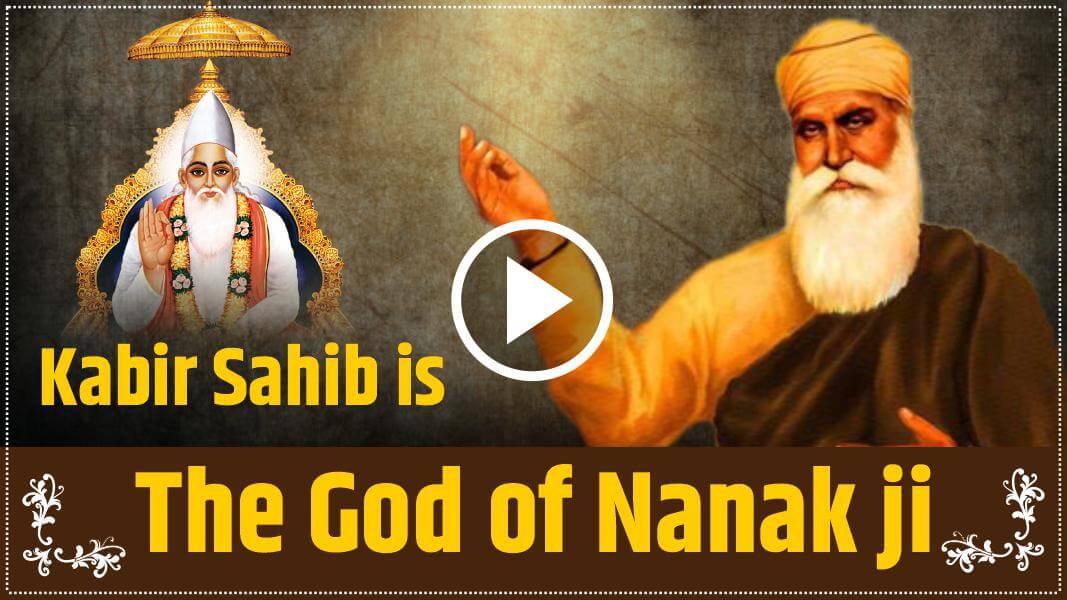 "Waheguru", (Wondrous Destroyer of darkness) is the distinctive representation of God's name in the Sikh tradition. It means "Wonderful Teacher" in the Punjabi language.

Information about the Guru of Nanak Dev Ji

In the below-mentioned sacred speech, Shri Nanak Ji is himself accepting that Sahib (Supreme God) is only One, and my Guru ji gave updesh Naam mantra to me; He only acquires different forms i.e. He only is SatPurush; He only assumes Jinda form. 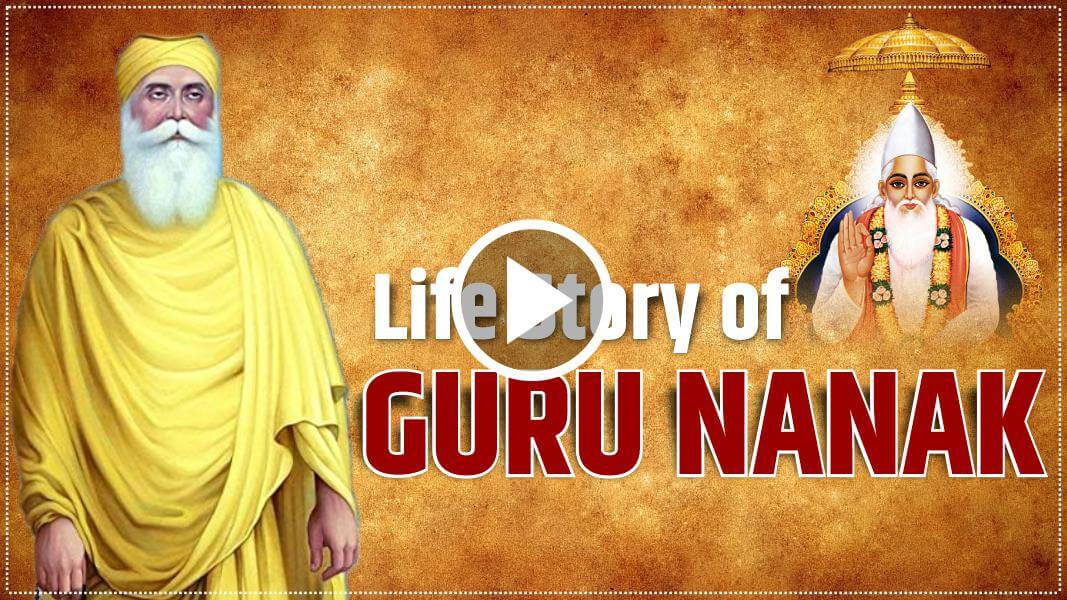 He only sitting in the form of a weaver (Dhaanak) also plays the role of an ordinary person i.e. devotee. Seeing the whole world burning in the fire of birth-death and the results of their actions because of doing pooja opposite to the scriptures, running with the fear of the life being wasted, I took refuge in Guru Ji’s feet.

Kabir Parmeshwar recited the Shrishti Rachna (Creation of Universe) and said that I am a complete God, my place is in Sachkhand. You are my soul. Kaal (Brahm) distracts all souls with confusing knowledge and is troubling many kinds of beings in their bodies.

Supreme God Kabir Guru of Nanak Dev ji again said, I will give you Satnaam (recitation of Satyanam / actual mantra) which Kaal (Brahm) has kept secret and is not in any scripture.

emphasizes here on ‘Genuine name’ given by Complete Guru who has bestowed the true mantra on to him (Nanakji) and is saying that this soul (Jeevaatma) kept wandering in the cycle of birth and death for a long time.

There is so much brightness in Sachkhand, Shri Nanak saw that an infinitely bright illumined human-like God (who was sitting on the throne) as if in one hair follicle, there is more brightness than the combined light of crore suns and crore moons (but there is no warmth). On his own another form (Jinda Mahatma जिन्दा महात्मा), Kabir Sahib started moving whisk / doing chanvar (चंवर) as a humble servant.

And only, Supreme God KavirDev is sitting on the throne; and the chavar /Whisk began to drift on its own. Then Nanak Ji said that You are the Master and I recognize you as Waheguru from Satyanaam. This process took three days. Sahib Kabir Ji returned the soul of Nanak to the body. On the third day, Shri Nanak came to his senses. After realizing Kabir Saheb as a God in Satlok, Shri Nanak Ji said ‘ Waheguru’ Satnaam.

Waheguru is a term most often used in Sikhism to refer to God, the Supreme Being or the creator of all.