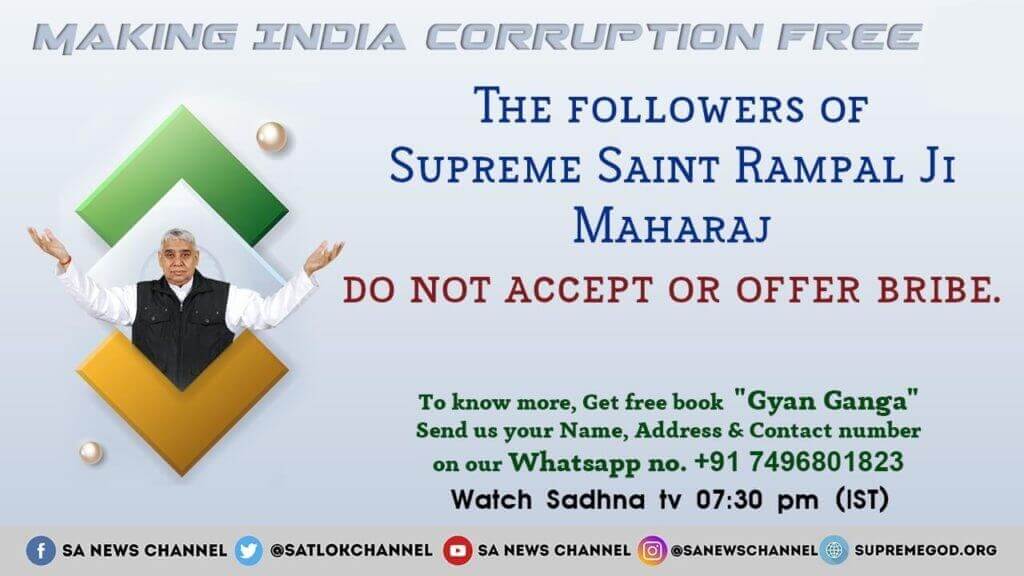 Why Sant Rampal Ji Prohibits any type of Theft, Robbery or Corruption etc?

A paltry act such as stealing, shop lifting, pick pocketing, deceit etc. may seem very trivial but people are oblivious to the hidden harms of such activities. People consider being caught by the police and getting punished, as the worst case scenario of such petty crimes but they are unaware of the larger unknown harm lurking underneath. Sant Rampal Ji Maharaj has provided an insight into the reasons why one should abstain from such seemingly unimportant activities, as they bear grave consequences for the doer.

Sant Rampal Ji Maharaj has listed the demerits of stealing, theft etc as under

Sant Rampal ji says that stealing & dishonesty can never make one rich. Money earnt by such means generally does not stay, and brings misfortune.

What one is unaware of is the fact that, the money earnt by dishonest means will have to be paid back either in this very life or in some other life. It may be the case that one may become a donkey in his / her next life and then pay back the money by doing manual labouring for that person. The worst thing is that the amount that has to be paid back multiplies (as if interest has been applied to it).

The hidden harm of stealing, corruption, theft etc activities is that in doing so a person earns bad karma or in other words, incurs sin. This gets punished when one dies and reaches the court of the master of this universe (Kaal / Brahm). There he/she gets punished for this bad karma. The punishment may vary from being sent to hell, to taking birth in any life form and then incurring inhumane treatment. This is separate to paying back the actual amount.

So the harm of performing such acts is twofold.

Anyone who becomes aware of the above two facts automatically stops doing such acts, as such a seemingly small act actually carries a grave sentence. This is the reason one should never earn money by deceiving, stealing, robbery, dowry, dishonest means etc.

Please see the video below where Sant Rampal Ji explains why stealing, dishonesty and corruption is bad for an individual from a spiritual point of view.