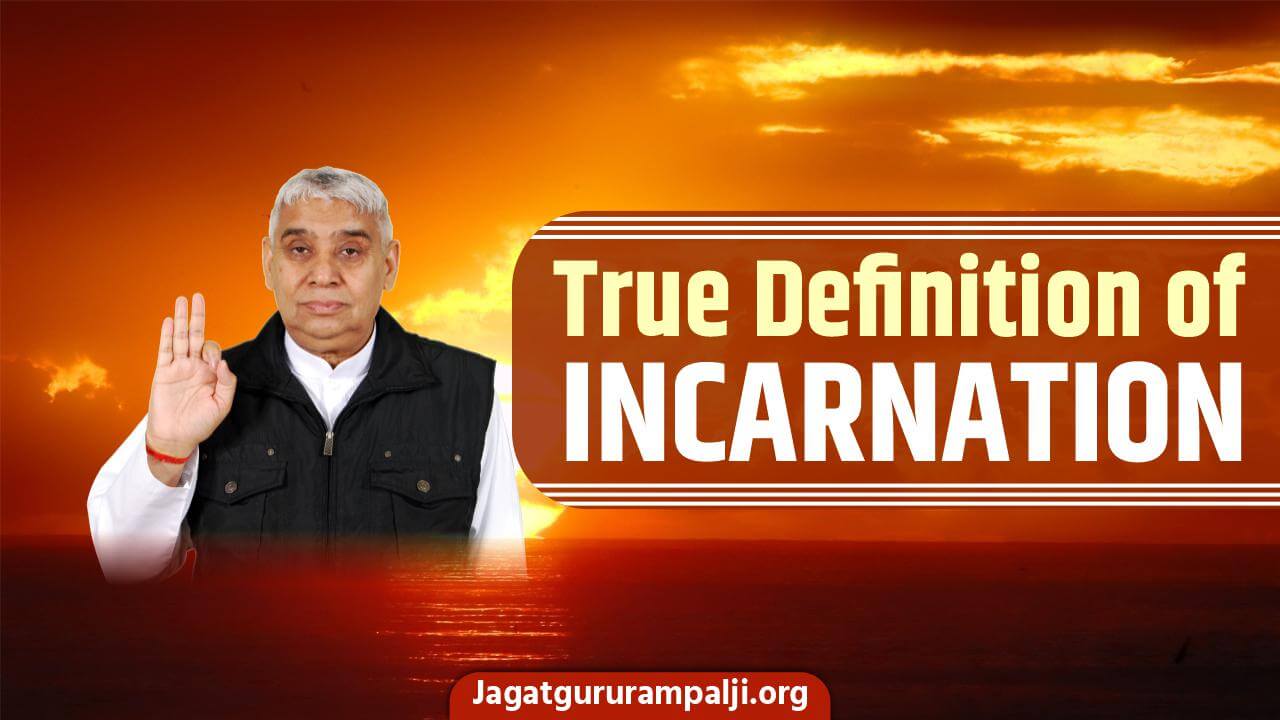 The meaning of "Incarnation (Avtaar)" is "to descend from a higher place to a lower place". Especially, this auspicious word is used for those supreme souls who perform some remarkable activities on earth; who are considered to be sent by God or is considered to be the arrival of God Himself.

1. Kshar Purush, who is also called Brahm; the mantra of whose worship is 'Om'. Its evidence is in Gita Adhyay 8 Shlok 13.

2. Akshar Purush, who is also called ParBrahm; the mantra of whose worship is 'Tat' which is coded. Evidence is in Gita Adhyay 17 Shlok 23.

3. Uttam Purush tu anyaH = Supreme Purush God is someone else other than the two abovementioned Purushs (Kshar Purush and Akshar Purush). He is Param Akshar Purush, about whom in the answer of Gita Adhyay 8 Shlok 1, it is stated in Adhyay 8 Shlok 3 that He is Param Akshar Brahm. His jaap is 'Sat', which is coded. By the attainment of this very Supreme God, a worshipper will attain supreme peace and eternal supreme abode. Evidence is in Gita Adhyay 18 Shlok 62. This Supreme God (Param Akshar Brahm) is distinct from the Speaker of the knowledge of Gita. To gain further knowledge, please read book "Gyan Ganga" from Satlok Ashram, Barwala. Incarnations are of two types as stated above. Now you have come to know that there are chiefly three Purushs (Gods), who have already been mentioned above. Mainly two Gods play a role
for us.