Where Does Supreme God Live According to Rigveda 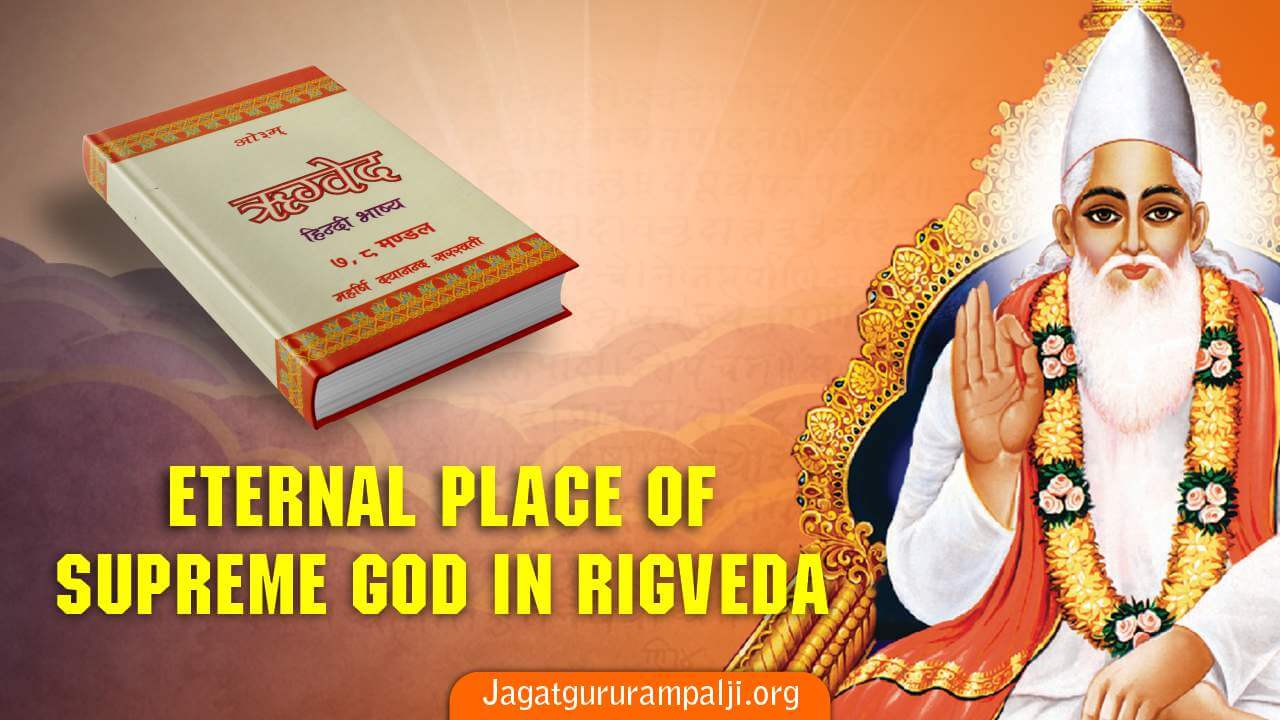 Supreme God is the creator of all the heavenly places and universes. Vedas describe Him as the supreme creator and the giver of supreme peace. He lives in His eternal abode above all and also enters the lower universes to sustain all the living beings.

The evidence of the divine realm where God lives can be found in our scriptures, mainly in the Holy Vedas and Holy Kabir Sagar which are given by Supreme God Himself, while the complete description of the eternal abode of God is given by Jagatguru Tatvadarshi Saint Rampal Ji Maharaj.

In this article, we will see what the Holy Rigveda tells us about the divine place where God lives.

Where Does Supreme God Live According to Vedas?

Holy Atharva Veda, Kaand 4, Anuvaak 1.1 – tells that the Supreme God Kavir Dev (Kabir Sahib) appeared at the summit and created the eternal/divine realms – like Satlok (Satyaloka). Then in the lower part of His creation, the Almighty established the 21 universes of Brahm(Brahmaloka) and 700 quadrillion universes of Parbrahm which are destructible.

Among all these universes, Satlok (Satyaloka) is the topmost divine place where God lives, while His power is pervasive in all the universes, which is proven in the following Rigveda Mantras. 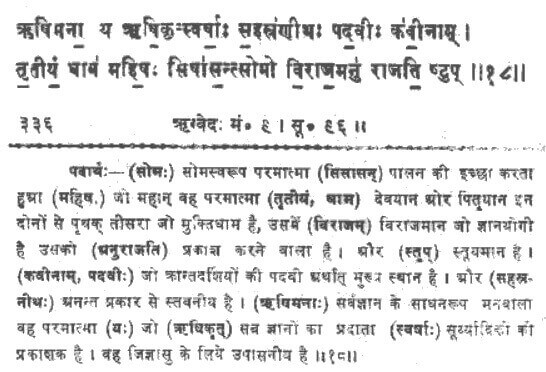 Meaning: The narrator of Vedas, Brahm says that the Supreme God attains the form of a miraculous child and descends on earth. Attaining the title of a famous poet, He plays the role of a saint and imparts true spiritual knowledge in simple poetic verses which are the source of heavenly happiness to His devotees. That Supreme God Kavir Dev Himself created the third Mukti Dham Satyaloka/Satlok. It is the indestructible divine realm where Supreme God lives. In the center of Satlok, the Supreme God, in a very radiant human-like form, is seated on his throne in a dome. 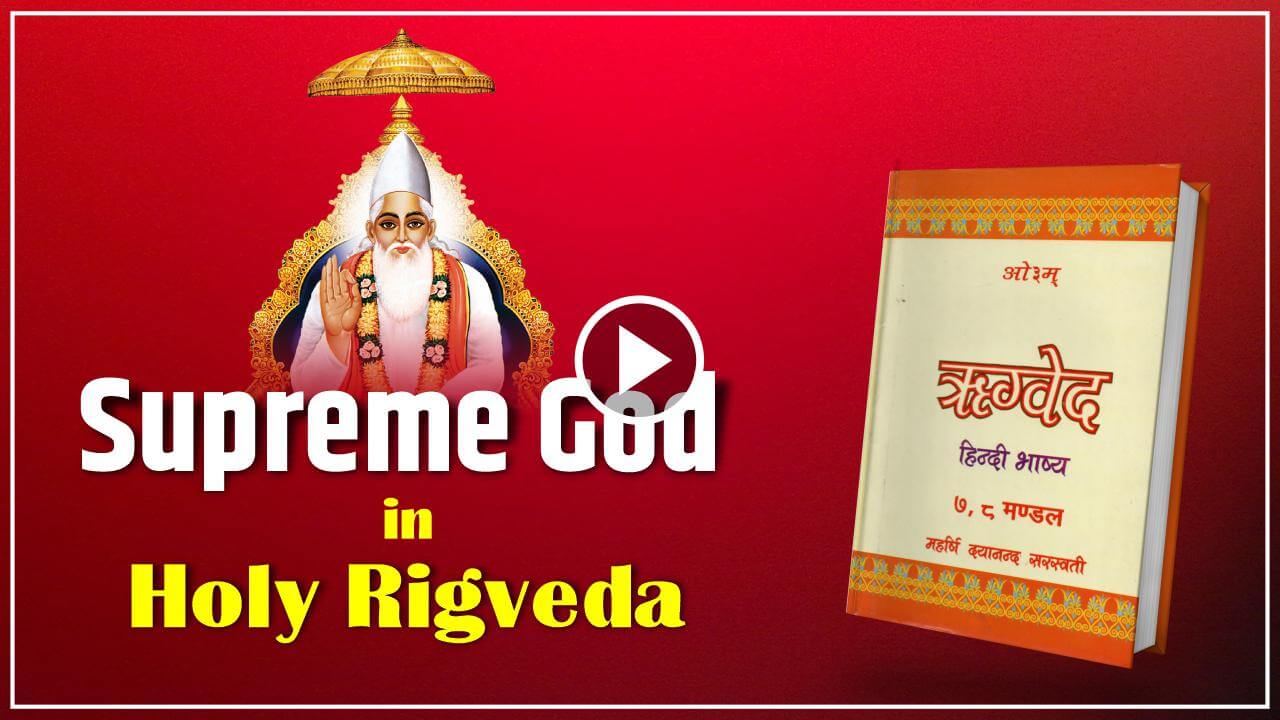 Rigveda Mandal 9 Sukt 94 Mantra 2: says that the Supreme God, who is the giver of all pleasures, lives both in Satlok and earth. The divine heavenly place, where Supreme God lives, is Satlok which is full of peace and Happiness, while He is present in the lower and upper regions too. He keeps appearing in the lower regions (universes) as a saint and tells the true way of worship to the world.

Rigveda Mandal 10 Sukt 90 Mantra 16: Those devotees who accept the way of worship given by Him, and leave all the evils, get liberated from the trap of Kaal/Satan and are taken back to Satlok / Satyalok.

Satlok (Satyaloka) means the eternal place where the Supreme God lives. It is a self-illuminated, boundless, and indestructible realm.

In the center of the Satlok, Supreme God Kabir Sahib is seated, in a very large dome, as a King. Here the light of one hair follicle of the Almighty is more than the light of crore suns and crore moons together.

Satlok is the ocean of happiness, where everything is available, and nothing ever perishes. There is no death, no old age, or sorrow in Satlok. This is the supreme peaceful place where God and all the immortal souls live since eternity.

How can we attain Satlok / Satyaloka?

As evident from the aforementioned Rigveda mantra, those souls who worship Supreme God can attain Satlok. The correct way of worship of the Supreme God can be given by a Tatvadarshi saint only.

As Bhagavad Gita(15:3 & 4) says - identify the true saint on earth and to ask from him the correct way of worship of the Supreme God. Only then we can attain the Supreme God and reach Satlok, having gone where souls do not return to this world again.