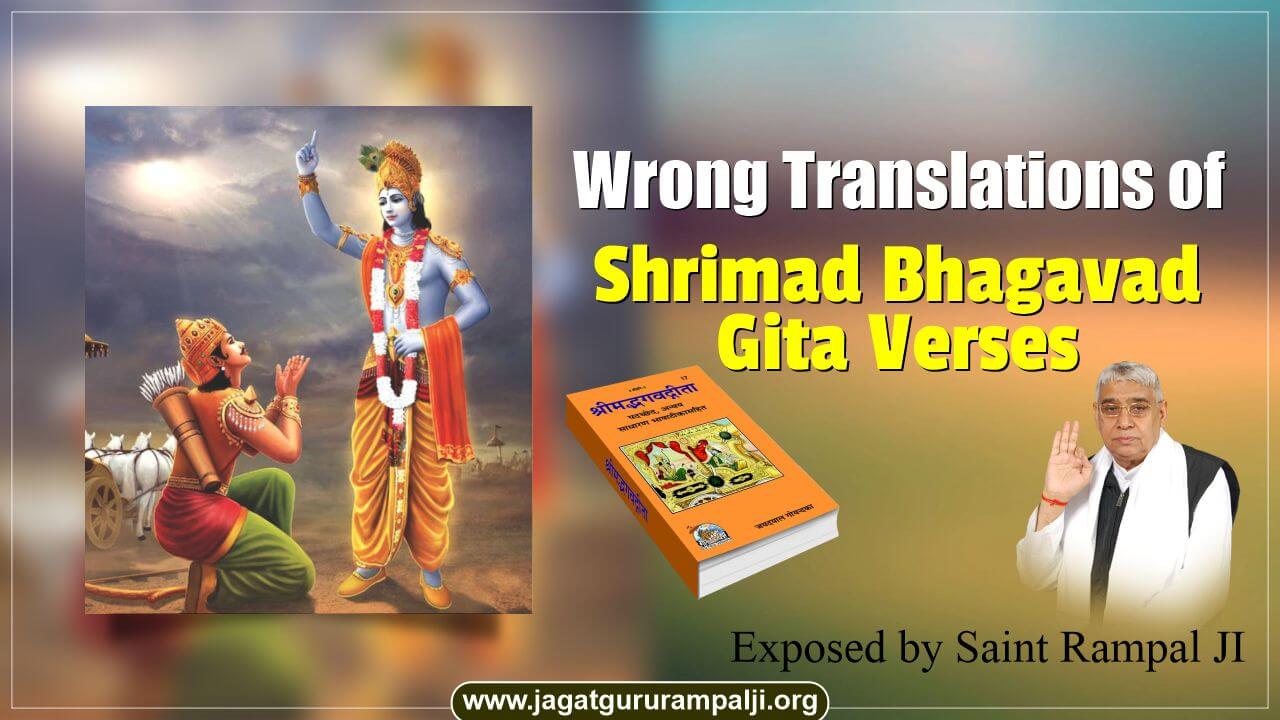 Shrimad Bhagavad Gita gives perfect knowledge, but translators have made sinister blunders during its exegesis, which changes the entire purport of the message in Gita. These blunders prove how ignorant all these translators are (have been), and how abysmal their knowledge, and level of understanding of Gita is (was).

Given below are a few instances of Bhagavad Gita which all the translators have done wrongly, including AC Bhaktivedanta of ISKCON, Ramsukh Das of Gita Press Gorakhpur, Sarvapalli Radhakrishnan, Shankaracharyas etc. The likes of Asaram Bapu, Sudhanshu Maharaj, Swami Adgadanand (Yatharth Gita) and the other translators have no standing anyway as they have copied stuff from each other with their own commentaries as per their own intellect.

The word "vraj" appears in Shrimad Bhagavad Gita, Chapter (Adhyay) 18, Verse (Shlok) 66. The verse is given below.

Every translator has translated this word "Vraj" as "to come".
In reality, the meaning of word "Vraj" is "to go".

Srila Prabhupada has translated it as "to go" but during the full verse translation, he has again written the meaning as "come".

A slight aberration can change the entire meaning of a verse. The same has happened in the above verse. Please read below.

In the above verse God Krishan is asking Arjun to go in to the refuge of some other Supreme God (which correlates with 18:62), but because of their own low intellect and understanding, these translators have translated it as "come into my refuge". This entirely changes the meaning of the verse and thus is one of the biggest blunders in translation of Shrimad Bhagavad Gita.

You can read correct chapter 18 verse 66 here and also here.

The word anuttamaam appears in a couple of verses in Gita. However the most significant is in Gita Chapter (Adhyay) 7, Verse (Shlok) 18. The verse is given below.

In the above verse, God Krishan is addressing his own salvation to be of inferior / poor quality.

However, because of very shallow understanding of the status of "God Kaal" and God Krishan, all the translators have been unable to comprehend why God Krishan is calling his own salvation to be bad. They have therefore translated it as "very good".

You can read thorough explanation of Chapter 7, verse 18 here and also here.

The word BrahmanH appears in various verses in Shrimad Bhagavad Gita. To understand the meaning of BrahmanH, one has to consider and understand the below mentioned 4 similar sounding but completely different words.

I) Brahma | ब्रह्मा - Brahma is one of the trinity, brother of Shiv and Vishnu.

II) Brahm | ब्रह्म - Brahm is the God bigger than Brahma (Vishnu & Shiv). Brahm is actually the father of these three. He is the speaker of Shrimad Bhagavad Gita. He is also known as Kaal or Kshar Brahm.

Ignorant translators have translated the word BrahmanH as "Ved" (वेद) whereas its meaning is "Supreme God".

Lord Krishan is saying that various types of scripture-based religious activities have been described by Supreme God via his speech (ब्रह्मणः, मुखे - uttered by Supreme God's mouth) where as ignorant translators have again committed a blunder by translating it as Ved (वेद).

In the above verse, it is being said that Brahm has originated from Sarvgatam Brahm (Supreme God). Again ignorant translators have translated the word "Brahm" as "Ved". They see no distinction between the word Brahm and BrahmanH because of pure ignorance and lack of knowledge. Read full verse here.

However, in Chapter (Adhyay) 17, Verse (Shlok) 23, the translators have translated the word BrahmanH correctly as "Satchitanand Ghan Brahm" or "Supreme God".

The word "Sahastryug" simply means 1000 yugas (1000 युग). However, due to sheer ignorance, most translators have translated this word Sahastryug as "Chaturyug". They have completely misunderstood the context and taken this to be the day of Brahma (ब्रह्मा) as opposed to ParBrahm whose one day is of 1000 yugas. However, these yugas are of a very different duration to that of Brahma. To learn more about ages of Brahma, Vishnu, Shiv, Brahm, ParBrahm, read here.

Conclusion: No matter how popular or renowned all the translators of Shrimad Bhagavad Gita are, they are all nescient when it comes to holding the core knowledge. Only Sant Rampal Ji is a Tatvdarshi Saint (Saint having complete spiritual knowledge) who has given true knowledge about the origin and existence of humankind and also interpreted the Gita accurately amongst various other scriptures. 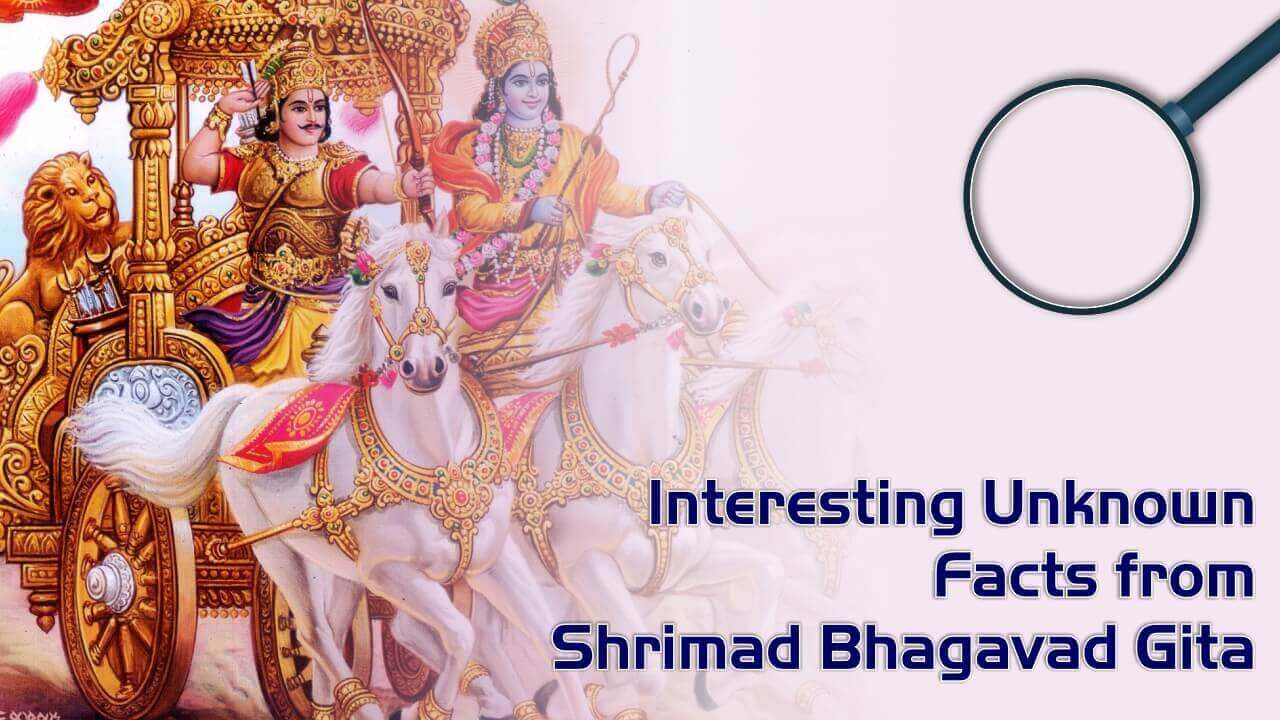 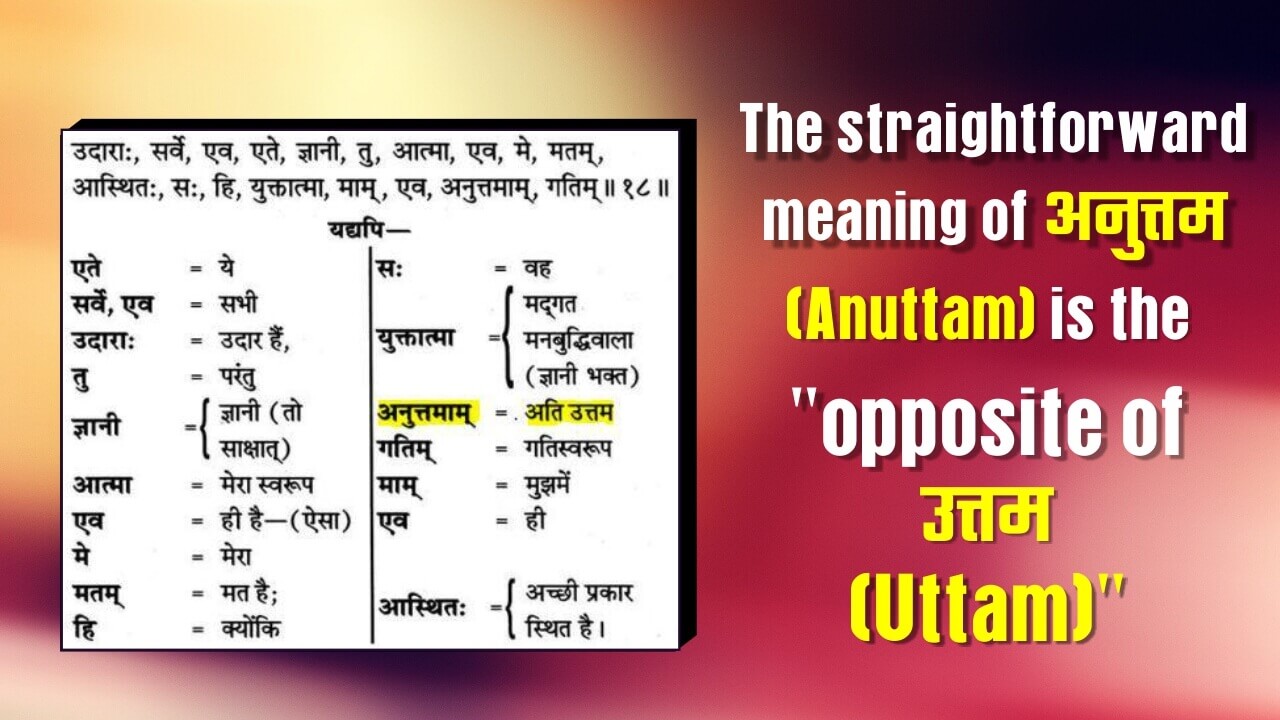 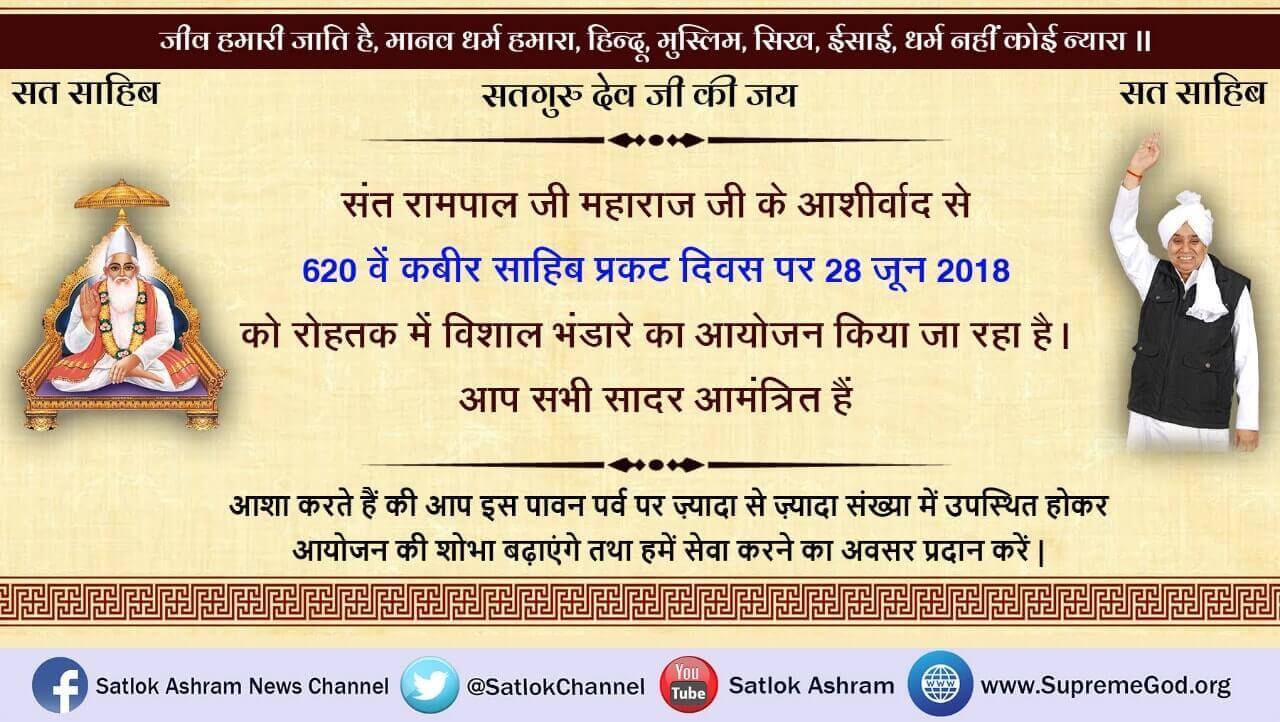