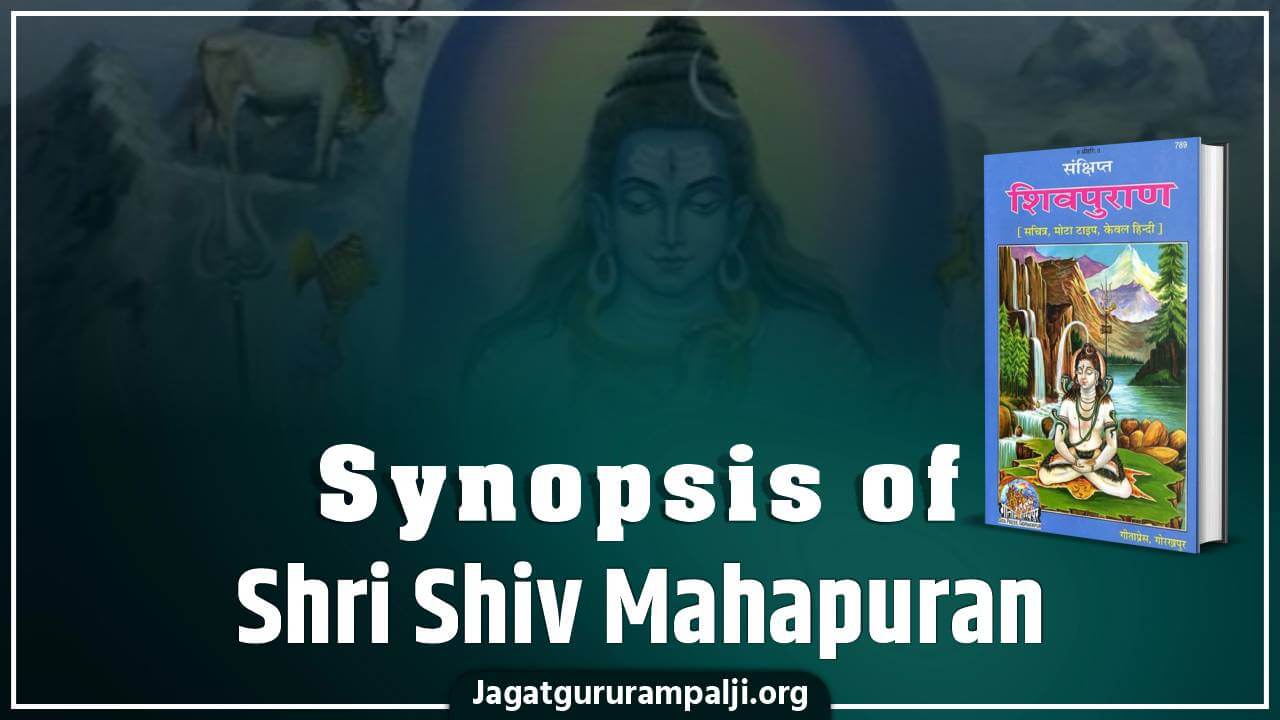 On being asked about Shri Shiv and Shri Shiva by his son Shri Narad Ji, Shri Brahma Ji said (page 100 to 102) - The ParBrahm about whom interpretations are made in this way through complete reasoning by knowledge and ignorance, one who is formless ParBrahm, he only acquiring a visible SadaShiv form appeared in a human form. SadaShiv produced a woman from his body who is called Pradhan, Prakriti, Ambika, Tridevjan-ni (mother of Brahma, Vishnu and Shiv); who has eight arms.

He, who is SadaShiv, is also called Param Purush, Ishwar, Shiv, Shambhu and Maheshwar. He keeps his all body-parts smeared with ash. That Kaal-form Brahm made one abode named Shivlok (the Tamogun dominated place in Brahmlok). It is called Kashi. Shiv and Shiva, while living as husband-wife, gave birth to a son; whom they named Vishnu. Adhyay 7, Rudra Sanhita, Shiv MahaPuran (Page 103, 104).

Birth of Shri Brahma and Shiv

Adhyay 7, 8, 9 (Page 105 - 110) - Shri Brahma Ji told that Shri Shiv and Shiva (Kaal-form Brahm and Prakriti / Durga / Ashtangi), by the act of husband and wife, also gave birth to me and then making me unconscious, put me on the lotus. This very Kaal acquiring the MahaVishnu form produces a lotus from his navel. Brahma further says that, then I gained consciousness. Tried to find the base of the lotus, but remained unsuccessful. Then an ethervoice (voice from the sky) directed me to do meditation. I did meditation. Then Vishnu and I fought on something. (Description in this very book on page 549) Then a bright phallus (Ling) appeared in between us and the sound of 'Aum′-Aum′’ (Om′-Om′) appeared, and the three letters अ - उ - म (A - U - M i.e. Om ) were also written on that phallus. Then acquiring Rudra-form, SadaShiv appeared in a human form with five faces. Shiva (Durga) was also with him.

Then suddenly made Shankar appear (because earlier he was unconscious, then making him conscious assembled the three) and said that you three may take over the task of creation, preservation and destruction.

Brahma is Rajgun-dominated, Vishnu is Satgun-dominated and Shiv is Tamgun-dominated. In this way, the three gods have gunas in them, but Shiv (Kaal-form Brahm) has been considered to be beyond the gunas (on Page no 110).

Essence: It is clear from the above-mentioned description that Kaal-form Brahm i.e. SadaShiv and Prakriti (Durga) are the father and mother of Brahma, Vishnu and Shiv. Durga is also called Prakriti and Pradhan. She has eight arms. She has come out of the body i.e. stomach of SadaShiv i.e. Jyoti Niranjan Kaal. Brahm i.e. Kaal and Prakriti (Durga) keep all the living beings misled. They do not even tell the reality to their sons. The reason is that the living beings of the twenty-one brahmands of Kaal (Brahm) should not come to know that Kaal (Brahm / Jyoti Niranjan) eats them after roasting them on the Tapatshila (a very hot stone) . Therefore, he tortures us in birth-death and other miserable births of various living beings, and by getting creation, preservation and maintenance and destruction done by his three sons, Rajgun-Brahma, Satgun-Vishnu and Tamgun-Shiv, gets his food prepared. Because Kaal has been cursed to eat one lakh human beings daily. Please also read in Shrimad Bhagwat Gita, the birth of Rajgun-Brahma, Satgun-Vishnu and Tamgun-Shiv by the husband-wife act of Kaal (Brahm) and Prakriti (Durga).