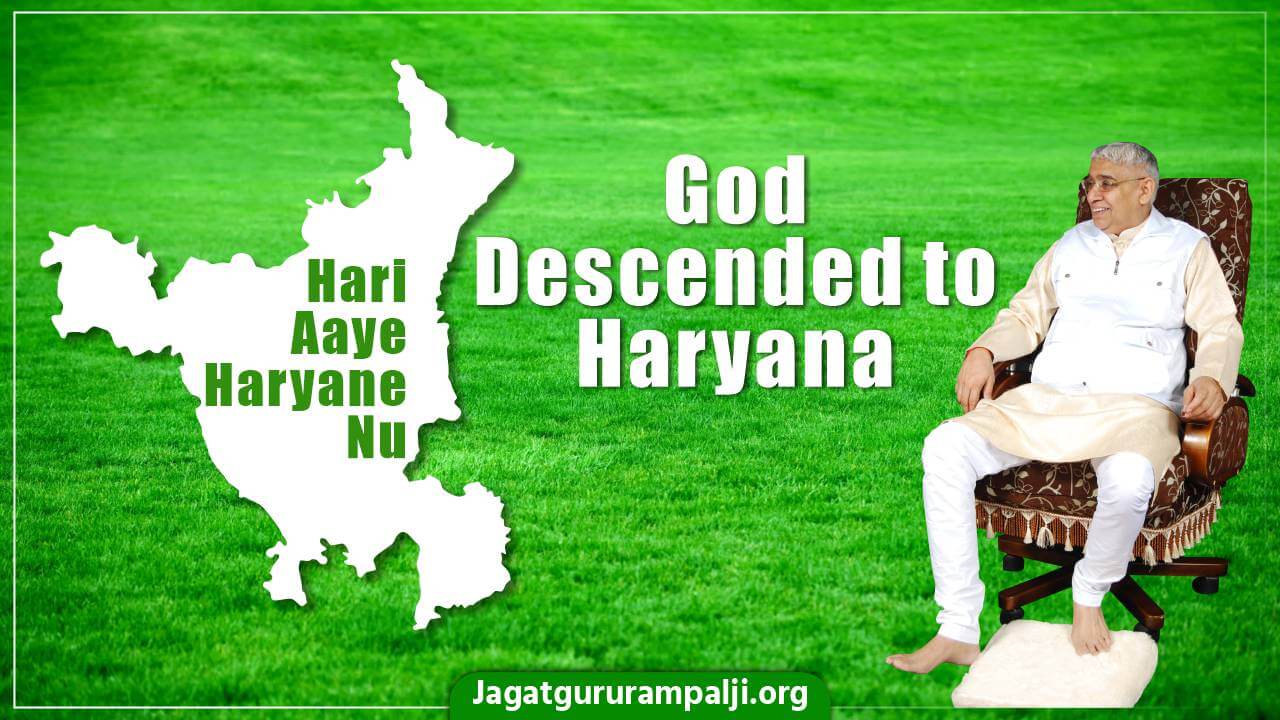 "Hari (हरि)" means 'The Destroyer of All Sufferings'. The Incarnation of God for whom everyone has been waiting for ages has descended to Haryana. The Prophecies of all the Foretellers of the World e.g. Prahlad Bhagat in Janm Sakhi Bhai Bale Wali, Jaigurudev of Mathura, Nostradamus, Lady Florence of New Jersey America, Prof. Cheiro of England, Hungary's astrologer Boriska Silvigar, Dr. Zulvoron of France, American Charles Clark, Mr. Gerard Crise of Holland, American futurist Anderson, Jean Dixon of America, G. Vegilatin, talk about a "Greatman" (Mahapurush) who has taken birth in a Rural area in Northern Part of India and will bring a Spiritual Revolution in the Whole World. Supreme God Kabir states in Kabir Sagar that I will myself descend on earth when 5505 years of Kalyug would have passed. That "Hari", "Greatman", "Mahapurush", The Incarnation of Supreme God Kabir is Jagatguru Tatvdarshi Sant Rampal Ji Maharaj. He has come to remove all the sufferings of His Children and to take everyone back to our original Home, Satlok.